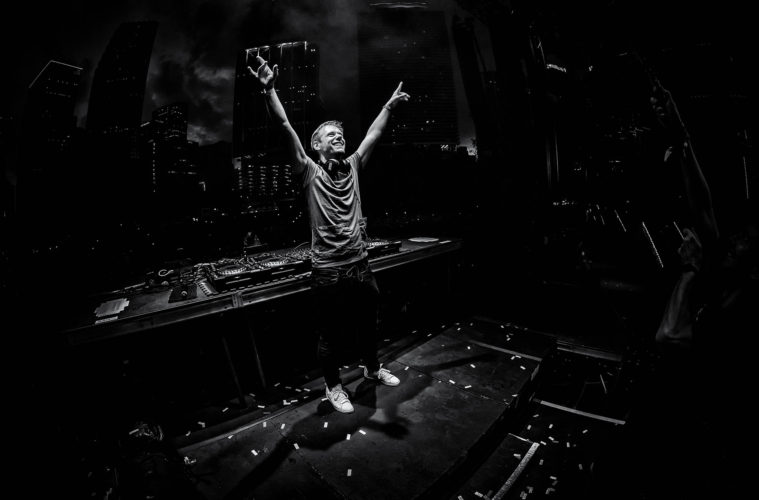 We caught up with superstar DJ Armin Van Buuren to discuss his latest track ‘Turn It Up’, this year’s festival season, crazy fan encounters, zombie plans, and more!

Hi Armin, thank you for chatting with us! What have you been up to?
I spent some wonderful weeks in the studio a little time ago, and now the festival season is starting up again. I just came down from Miami playing at Ultra Music Festival and attending Miami Music Week, so it’s been a rather busy few weeks. 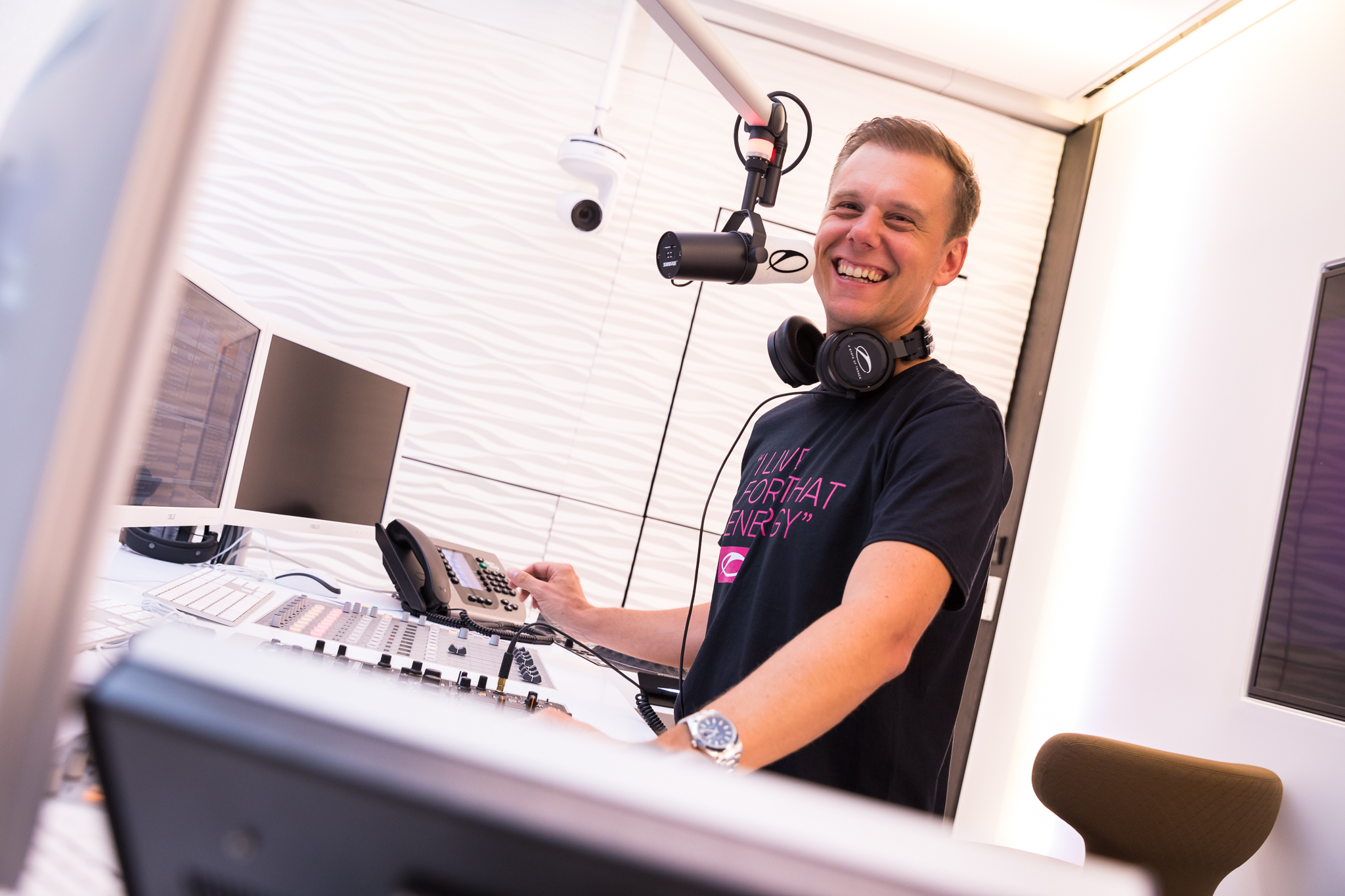 ‘Turn It Up’ is the perfect song in the lead up to festival season! What was the creative process for the track?
It’s funny you should say that, because ‘Turn It Up’ was made for that exact purpose. I love how the crowd responds to tracks like these, so I sat down in the studio wanting to create a record that would make them go absolutely nuts. Judging by its first few test runs, it’s doing quite a good job in that regard.

What’s your favourite festival to perform at and why?
Oh man, I can’t possibly pick just one. Whether it’s Ultra, Tomorrowland, Electric Daisy Carnival, Untold Festival, or any other for that matter, each festival is unique. But the main thing is that everyone attending the festival goes there to be one with the music and to make the most out of it, and that’s what I love the most. So no matter which festival I perform at, I’ll be the happiest guy in the world. I’m also very happy that A State of Trance is now my own festival! 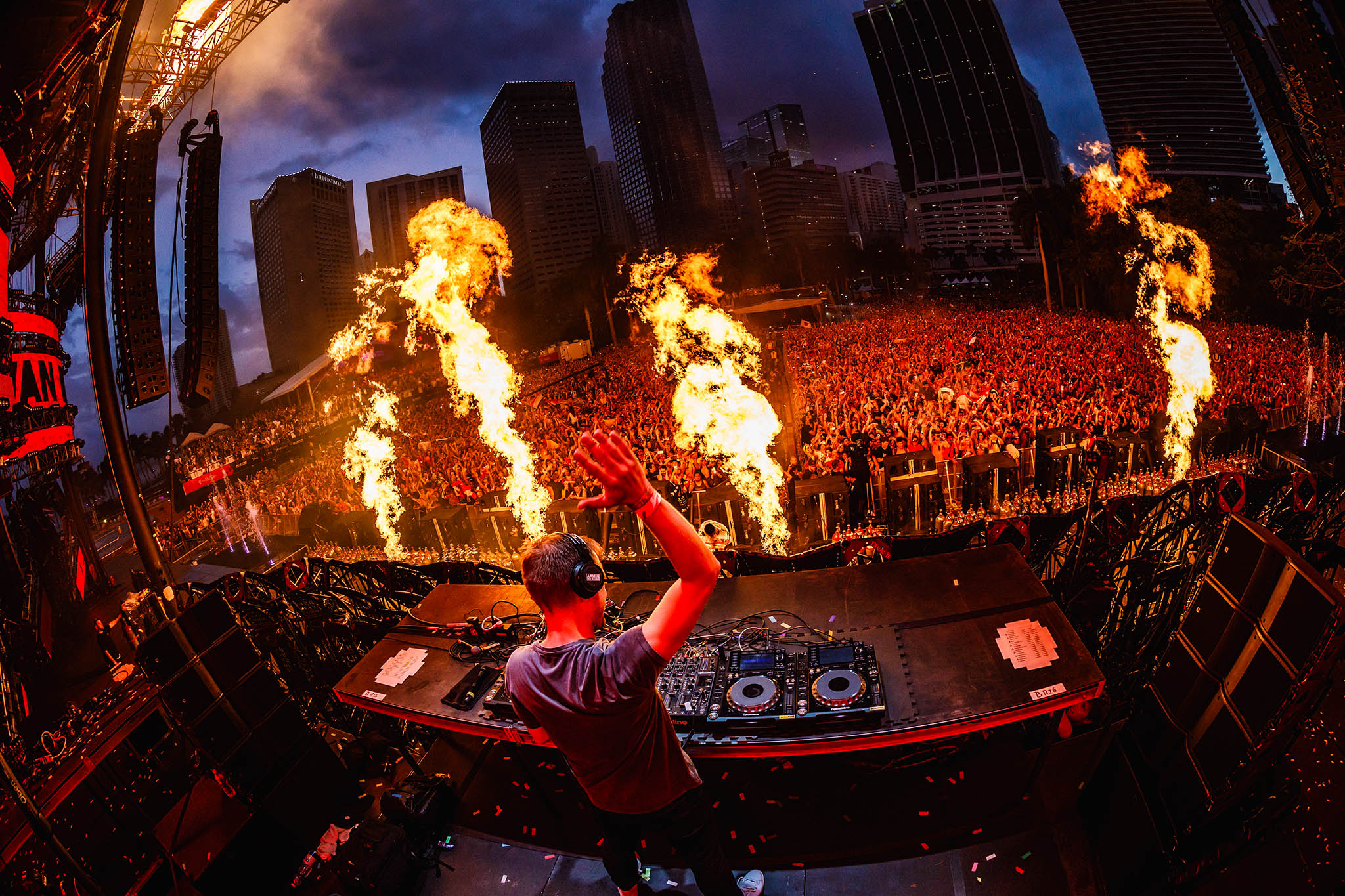 You’ve had a long, successful career. How has the music scene changed since you started?
It has changed so much! Not only on an industry level – the introduction of streaming turned the entire scene on its head – but also because dance music has kept evolving throughout the years. And that’s what I love about dance music: the way it just keeps changing and renewing itself is why I fell in love with it in the first place.

What’s been your most memorable show?
Again, there are so many shows to mention. I’ve played some incredible gigs throughout the years. Some that come to mind are my ‘The Best Of Armin Only’ show at the Amsterdam Johan Cruijff ArenA, several shows at ntold Festival, and of course my performance at Tomorrowland in 2013, when I got to tell everyone out there that I had just become a father for the second time. You pick one, because I can’t! 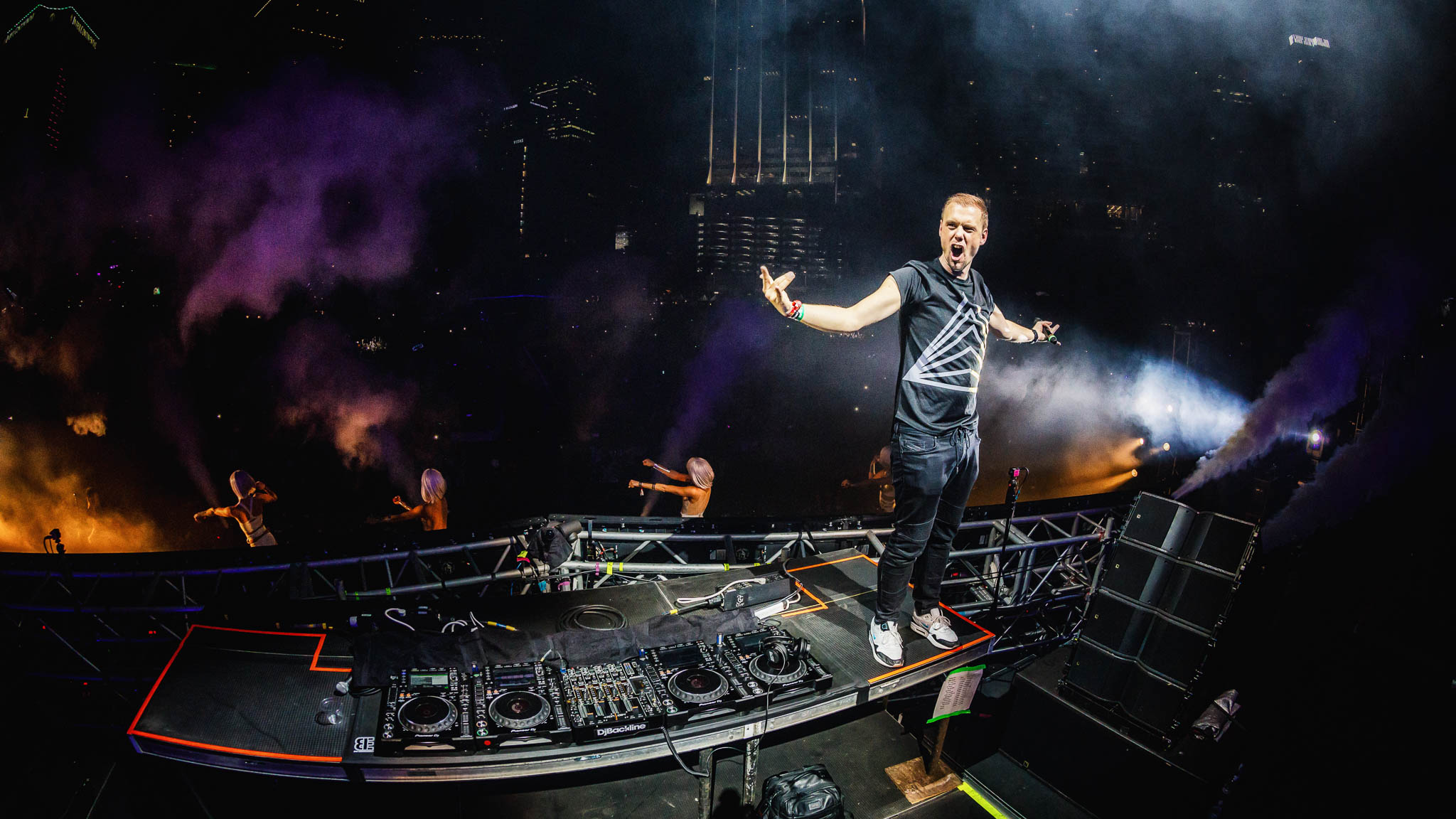 When you do ‘The Best of’ shows, how do you select what tracks you play?
That’s a good question, actually. I don’t do ‘The Best Of’ shows that often, so I don’t have a secret formula when it comes to track selection. I just go with my gut feeling, which will probably boil down to a mix between my own personal favourites and a range of tracks that I know my fans want to hear. That’s all there is to it.

When you’re touring, do you ever get lonely or homesick?
Absolutely. Although many of the people I travel with have become very good friends along the way, I always miss my wife and my children whenever they’re not there with me. I’m still human, after all!

When you find time to yourself, away from creating music or playing shows, what do you do for fun?
Apart from (obviously) spending time with my family, I love to play video games when I have some time to spare. I’m also a big BBQ freak and spend a lot of time with my Big Green Egg. Not just for meat, but more for cooking vegetables, fish, and making salads. 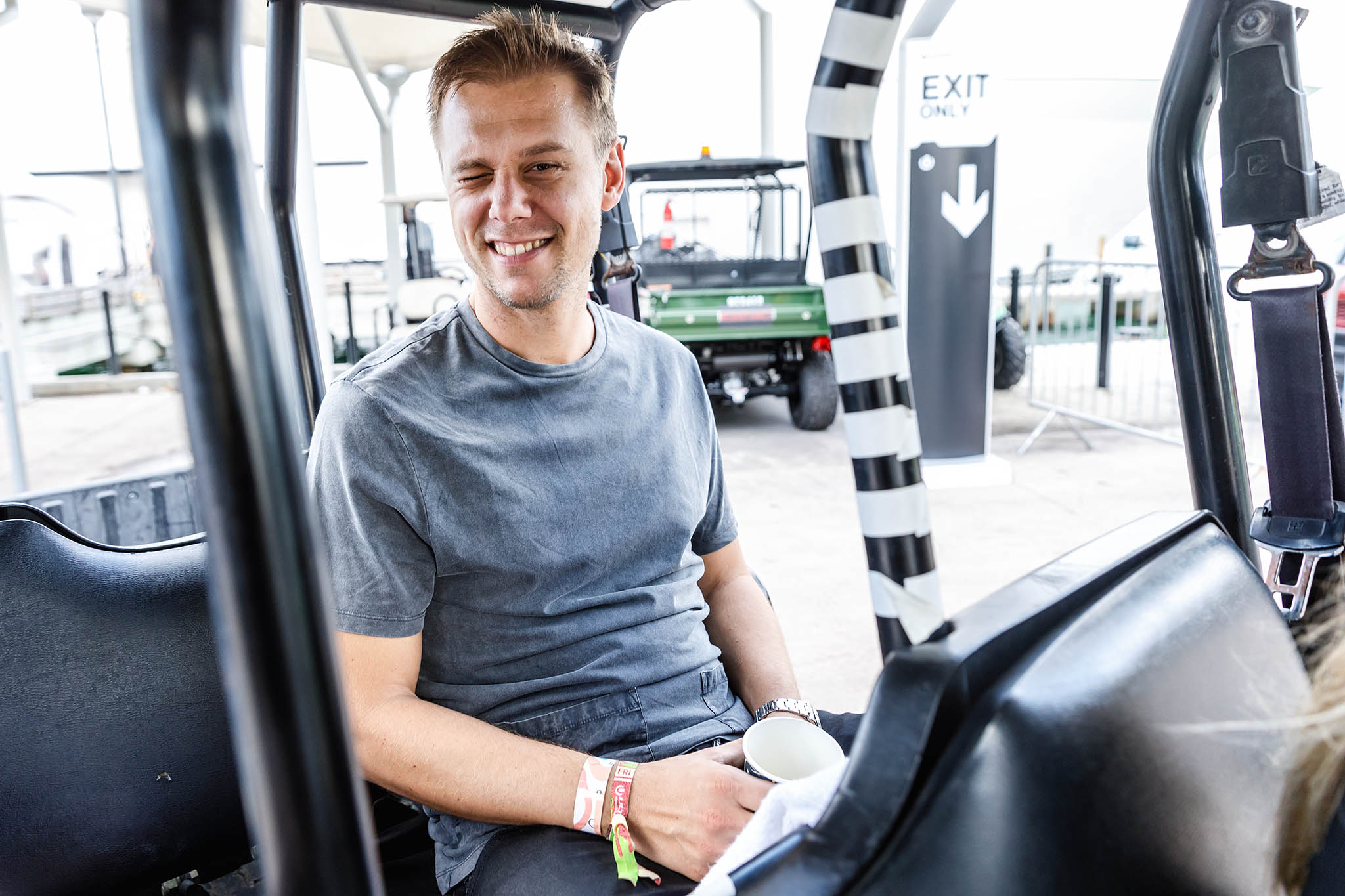 How do you go about standing out from other DJs?
Instead of trying to fit in a certain mould, I always try to experiment. I love heading in unusual directions and teaming up with other artists who bring something unique into the studio. I also let inspiration guide me into uncharted territory. Trying new things is a big part of who I am, and it shines through in my music (I hope).

Have you ever had any unusual or crazy fan encounters?
Oh man, so many. I don’t want to fill this entire guide with crazy stories though, so I just want to add that even though there are some crazy (mainly crazy in a good way) people out there, the big majority of my fan base consists of genuinely nice, passionate and loveable people! And those are the ones that I focus on the most. 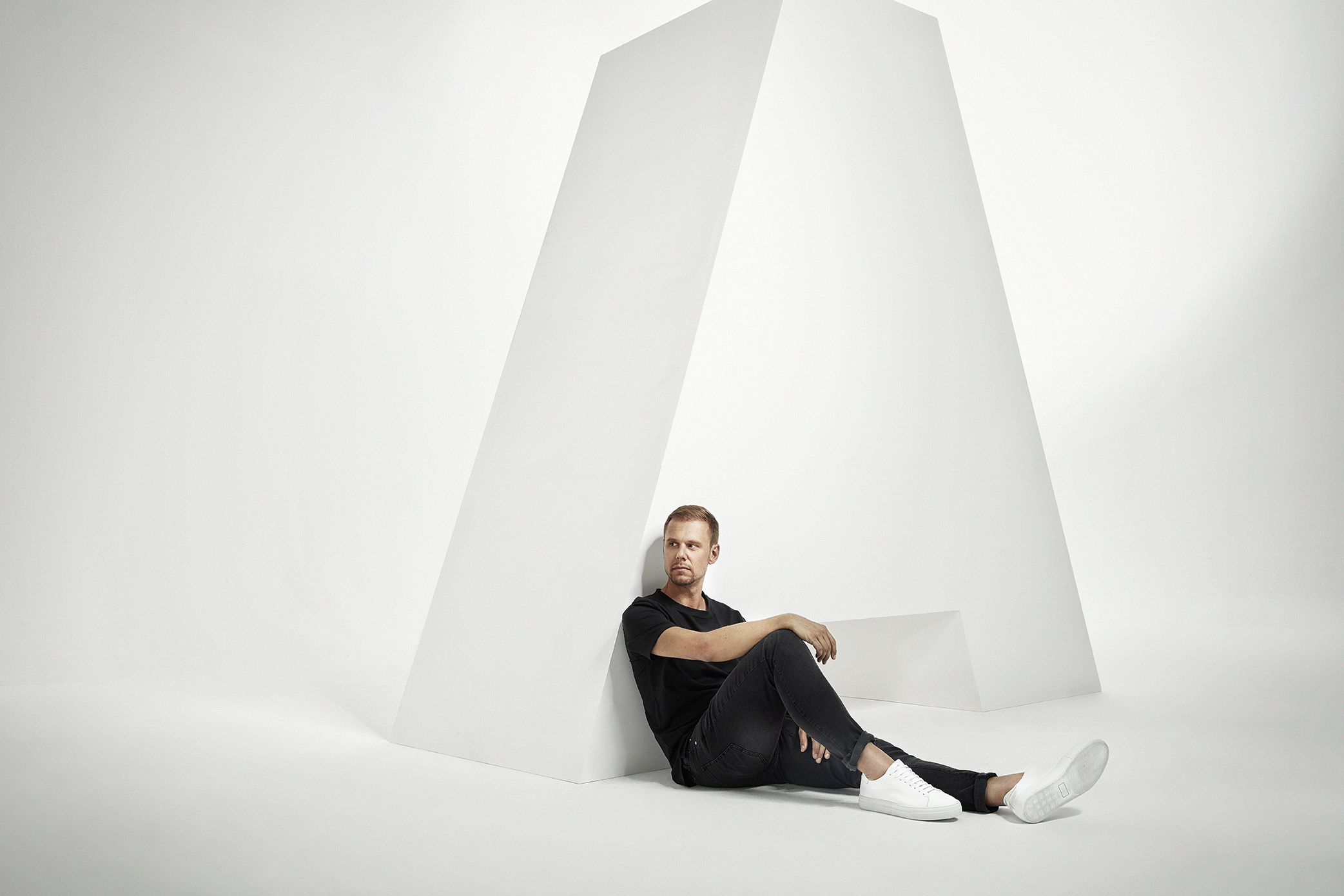 In 2011, you were appointed Officer of the Order of Orange Nassau for your services to music. What does that mean to you?
It means a lot. As an artist, genuine appreciation is what keeps you going. But, while I love the fact that people thought of me when considering me for this title, I doubt I would’ve been appointed if it weren’t for the unwavering support of my fans throughout the years. They are the reason why I can do what I love every single day.

In the event of a zombie apocalypse, what would be your plan of action?
Music stimulates the brain, right? So who says a colossal mainstage set couldn’t cure them?

What’s next for you?
Well, the next few months will be packed with festivals and big gigs across the world, plus some studio time in between. So to answer your question: there’s a whole lot of madness coming my way.

A State Of Trance 2019 is available online here