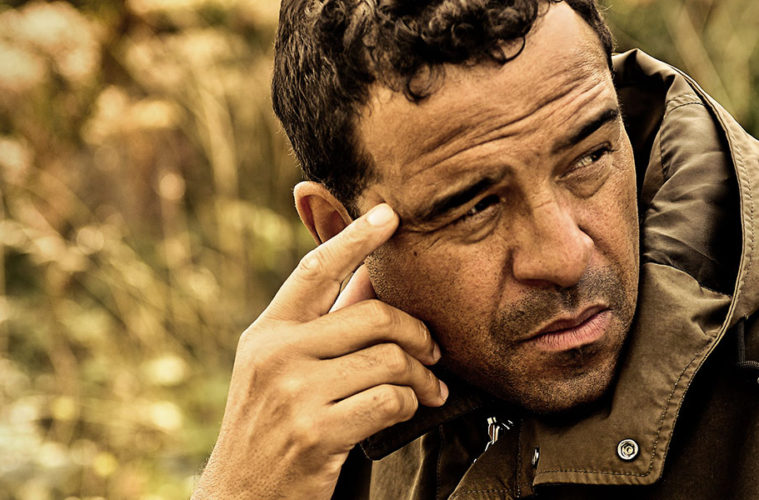 Netflix Presenter, Raphael Rowe speaks to us about the 12 years he spent in Britain’s toughest prisons for a murder and robberies he did not commit. Raphael Rowe describes what it’s like being locked up for 22 hours a day, on his own in a cell and talks about how he mentally coped through the extremely tough 12 years behind bars during his twenties, as an innocent man. He also talks about meeting Ukraine’s deadliest serial killer and how he had to take on a persona to get through the 7 days he spent in Portobello Penitentiary in Brazil whilst filming Inside the World’s Toughest Prisons.

Firstly, thank you for your time, which I understand is extremely valuable. Do you look at time differently after what has happened in your life?
I’ve learnt to be patient, that’s for sure. When you’re in prison you have to be patient, because everything you do is dictated. So I look at time now as one of the most important things in my life, because I lost such a long period of time. 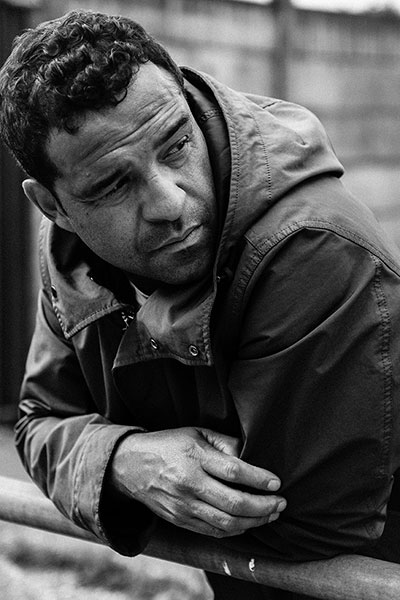 It must have been a devastating moment when you were told you are serving life without parole for a murder and series of robberies you didn’t commit.
Being in prison for a crime you didn’t commit is probably some people’s worst nightmare. When I was convicted and told I was going to spend the rest of my life in prison, I never believed it was going to happen. Despite the fact that the judges said that’s where I was going, and despite the fact that the prison guards, prison officers, and even prisoners themselves would want to remind me. I’d see notices outside of my door with my name and the word ‘lifer’ handwritten. But I never for one minute – in all of the years I was in prison – believed that as an innocent man that they could keep me in prison for the rest of my life. I wasn’t going to let that happen. People who believed in my innocence were not going to let that happen. We campaigned for many years to have my conviction overturned, and my belief came true, because I’m sitting here now.

What was life like before you got wrongly convicted?
I didn’t have a direction in life. I left school at 16; there was no opportunity for me. I wasn’t working before I ended up going to prison, so life to me was kind of a day-to-day existence. I didn’t know what tomorrow was going to bring, but I did know that I was enjoying life. I did know that the people around me were good people, even if they were getting in trouble with the police. It was the society and the community which we grew up in.

How did you adapt when you were sent to prison?
It was a traumatic experience. I think the most profound effect of being locked up at 20 years old was that this happy-go-lucky guy I was on the streets became a man overnight. I became quite militant, self-centered, and very determined. My whole persona and outlook on life changed.

Can you describe a typical day in prison as a young man?
I was in Brixton prison in London, housed in the most secure unit in the country alongside twenty other men. We’re talking about terrorists and some of the country’s most dangerous criminals, gangsters, and international drug cartel individuals. My cell didn’t have sanitation; if I needed to pee or poo I did it in a plastic bucket. I ate from plastic plates and used plastic knives and forks. I was kept in my cell 22 hours a day. My cell had a horrible metal bed, with a horribly uncomfortable black foamed mattress. It was horrendous and very mind testing.

Let’s fast forward to today: I’ve contacted you having seen your Netflix Original series Inside The World’s Toughest Prisons – the first prison you visit is Portobello Penitentiary in Brazil. What were your first impressions when you walked in?
I was apprehensive about going back into prison and making this series for Netflix, but I knew that I had the experience, credibility, and knowledge to make a difference. When I walked into Portobello’s prison, it was horrendous. It was dirty, broken, it smelt, and the most overwhelming thing was that it felt unlike British prisons – which are very controlled by prison guards, despite the myths that prisoners run prisons in Britain which we hear all the time; I never experienced that in all the 12 years I’ve been in prison. It’s just not true. In this Brazilian prison, it was. You could see the prisoners controlled this place. So from the very first steps I took on the persona of the Raphael Rowe who spent 12 years in prison: this guy who became tough and determined, to focus in on the prisoners and become one of them in order to survive. Even as a journalist going in there to make a film about their lives and the conditions they’re living in, I had to take on a persona to get through the seven days I was going to spend in this prison.

Each episode has something new which shocks you as a viewer. During the second episode, you sit inches away from Ukraine’s deadliest serial killers: Sergey Tkach, convicted of killing over 35 females as young as eight years of age. How did you prepare yourself to meet such a monster?
It was probably the most surreal situation I’ve ever found myself in, and I’ve been to some hostile environments as a journalist around the world and seen some horrible things. Preparing to see this guy was difficult; I never felt so uncomfortable in my life. Uncomfortable that I was about to meet a man who, in my time in prison, I would not have given the time of day. He wouldn’t have survived. I didn’t know what to expect; I didn’t know what he looked like, how old he was, whether he would be willing to communicate with me – I was just sat in this room with a cage which this guy was going to be put in. Being professional, I knew that my job was to ask this guy questions which I was interested in finding the answers to, but also what I thought the audience would want to ask. I tried not to prepare in the sense that although I felt disgust meeting this guy, I thought it was important to try and understand these kinds of individuals.