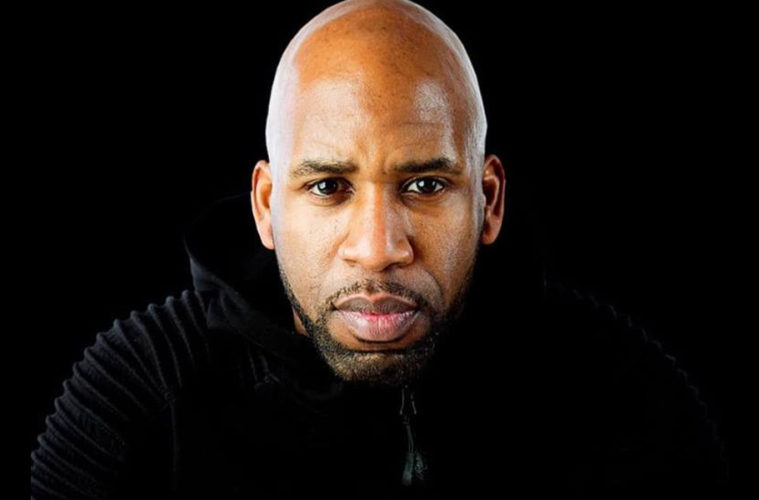 Racism affects many people globally, and whilst the situation may be improving over the years, it’s still a huge problem. Recently, actor Liam Neeson caused uproar when he made some controversial comments in an interview. Professional footballers are having racist chants directed at them by fans. Raheem Sterling said “the racism problem in football is so bad, runs so deep and is nowhere near being sorted.” Why do you think that in 2019, there is still so much racial abuse happening?

Wow… the matter in football is one of money I feel. Simple, I know, but the authorities could do more, and I feel that money somewhere along the line is the ultimate problem. Liam Neeson… he said what he felt, I wonder if the uproar was that people were surprised that an A-lister could have racist thoughts, albeit historical ones. Raheem is nearer to the issue than I am. He should be applauded for the way he has handled the situation. He spoke eloquently and went and scored goals. That would’ve pissed the racists off as much as the colour of his skin. I’m not sure there is more than there was before, I just think because of the access to and desire for information we are more aware. Education in schools needs to be greater on the matter.

What was your life like growing up? Do you feel that you ever missed out on opportunities in life due to skin colour?
Racism in most parts is covert. I’m sure I have, but nobody in this day and age is going to say ‘You can’t have this job because you are black’.

Have you experienced racist attacks, and if so, would you mind telling us about what happened or how often you were/are discriminated against?
I received some racist taunts last year in Italy at a football game. There is something beautiful about football in that it can bring people together, but by definition it also makes people tribal, and one Roma fan couldn’t deal with the fact that not only was I the supporter of a rival club but black, too. There was an incident at school when I was 11 but I made sure it only happened once [laughs].

How does it make you feel towards the person or people who racially discriminate you?
I don’t feel anything. No anger or bitterness. If there is one emotion, it would be pity. Pity for them that they haven’t been educated enough or that they are ignorant to choose their current thought process as correct. I see it as their loss.

Are there particular places in the country or even age groups of people who are at the highest risk of racial abuse?
I grew up in London. It’s an amazing city because of its cosmopolitan makeup. My neighbours – who watch over my family, friends, home, and car – come from all over the world, so I only ever have love for them. Once you go to places in the country where the make-up of the population isn’t as mixed, it’s easy for ignorance to grow and untruths to be shared, therefore meaning anybody who arrives into that area is likely to experience some kind of judgement based on them being ‘different’. Young black men at the moment seem to be at a different level of risk than I am or was, but there are many factors in this.

What help is out there for anyone who is experiencing any kind of racial abuse?
Support. Self value and worth is another really important factor. My mum always made me feel special. As though I could do or achieve anything I worked for, so the colour of my skin was one of the things that would help me meet those targets and goals. Depending on the type of abuse an individual was receiving the first thing would be to make them self safe. Then think about what was said and discuss this with experienced people. It’s also a criminal offence to racially abuse somebody, so the authorities are there. In recent times this has been a change for the good.

It’s clearly a huge problem. How do you think we should start to make a change, for good?
It’s ongoing. Bob Marley said in his song ‘War’ “Until the colour of a man’s skin is of no more significance than the colour of his eyes, me say War”. We have to work on it. We. Us. Now. Educate those around us. Our friends. Our friends’ parents and grandparents.

Can you imagine a time when racism will not exist?
Like Bob Marley said…

I’ve read that your way to fight racism is by achieving or trying to. Let’s talk about the positive steps which are being taken. Are you able to tell us what positive changes you have seen and what else can be done to help?
I just thought ‘If they are going to hate me for being black, then I will try and be black and successful, that would be a bigger problem for them’. I try to always be positive, work as hard as I can, remain healthy physically and mentally, and not rise to the bait. I say this because there will be times people use race or racism as a distraction, simply because they feel inferior. I will try and hammer the point home by achieving. I’m not saying I’m superior, but if their thoughts are ones of racism they are making themselves inferior.

Is there anything you would like to add?
Thank you for allowing me to share my views. I hope this has put either a different spin on the subject matter for some or at least added some context to an existing thought process.