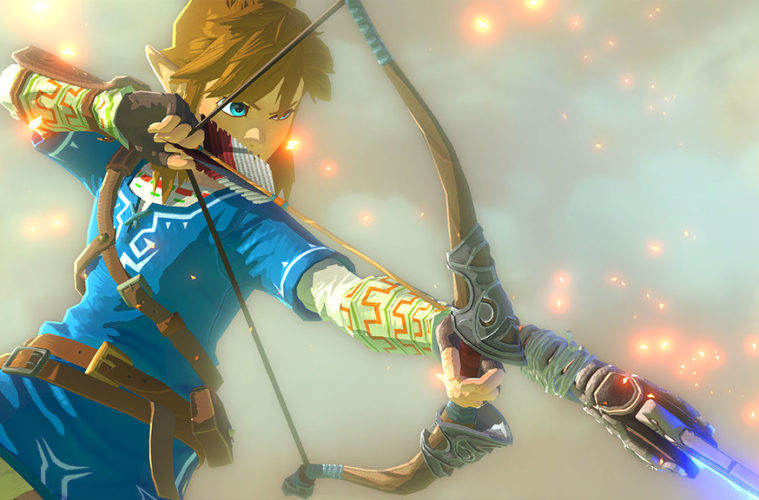 Why 2019 is an exciting time for Zelda fans

The sequel to Breath of the Wild came completely out of left field. Showcasing a segment that looked much darker in tone than the original, complete with a reanimated corpse and spirits. We see Zelda and Link exploring underground and said corpse being brought to life, before watching Hyrule castle being ripped from its foundations and rising upwards. It wasn’t a lot to go on but its very existence was enough to get Zelda fans screaming with joy.

More gameplay was shown for the Link’s Awakening remake, whose art style continues to impress no matter how many times you see it. There is a good chance that this will be the art style going forward for the 2D Zelda games. Replacing what we saw with A Link Between Worlds on the 3DS, or maybe each remake will have its own style, which would be really interesting. Beyond looking at more footage of Link hacking and slashing his way through monsters and navigating dungeons, we were introduced to a brand new feature.

In a small hut resides Dampé, who gives the player the ability to create their own dungeons. This isn’t quite Mario Maker levels of customisation as all of the pieces are already pre-existing dungeon rooms. Rooms are unlocked by playing the main game and then are available to be selected in the dungeon maker. It seems to be a cookie cutter approach, where rooms can be placed on a grid to form a fully functioning dungeon. The creator can than set a timer for the level to be completed in and allow others to try and beat it. By no means does the mode seem in-depth, but maybe it is a look of what could come in the future.

Nintendo also announced a new Link Amiibo that resembles his Link’s Awakening remake counterpart. Whilst Amiibo have a niche appeal among fans, this Link looks incredibly like his in-game self and comes with an interesting functionality. In the Nintendo Treehouse live stream, it was said that once scanned in, the Amiibo would allow for a shadow Link to be placed within the dungeon maker mode. Shadow Link will chase the player, even through rooms, adding an extra layer of difficulty and tension to dungeons.

See what critics are saying about #CadenceofHyrule – Crypt of the NecroDancer Featuring The Legend of #Zelda, available now from #eShop on #NintendoSwitch!

We also got another look at Cadence of Hyrule, a Zelda crossover of the indie darling Crypt of the NecroDancer. The game has Zelda, Link and Cadence battling through dungeons and procedurally generated worlds, but instead of simple hacking and slashing, players must fight to the music. Movement, dodging and attacking must be completed in time with the music, with bonuses acquired for maintaining the beat. Hearing new takes on popular Zelda songs is a fantastic way to get fans moving and slashing.