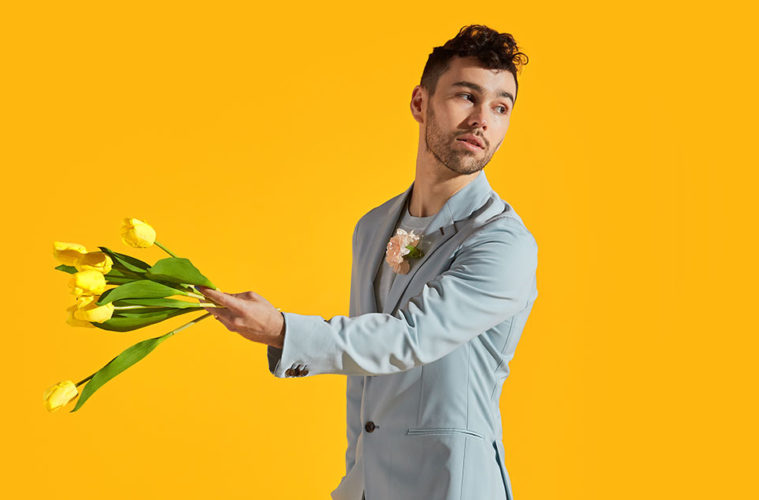 “MAX has just released ‘Love Me Less’ ft QUINN XCII and has had quite the start to 2019, having already been dubbed a ‘Young pop god’ by GQ and has been nominated for Best New Pop Artist at this year’s iHeart Music Awards alongside Marshmello, Lauv and Bazzi. His last single became a bonafide hit, achieving multi-platinum status worldwide and impressively crossing over 500 million streams. The song held the #1 spot on Billboard’s Adult Pop Radio chart and stormed the top 20 on Billboard’s Hot 100 chart.”

Hi MAX! How are you at the moment?
I’m doing very well, thank you.

How would you describe your style for those who might not be familiar with you?
Basically, if I’m being honest, it’s very soulful and it’s got a lot of energy in it. So that’s me in general; it’s a lot of energy, and I’m always being very transparent in all ways.

You started performing at a very young age. What are some of your earliest memories of performing?
My earliest memory performing was probably after I saw The Lion King for the first time on Broadway. I went home and my whole family was there, and I re-enacted the entire thing in my underwear on the living room table. It was really awesome and special. I caught the bug early and never stopped.

When you started performing professionally, did you ever suffer from stage fright?
Yes, I definitely had some stage fright. The first real big memory was where I was in a show called 13 on Broadway with Ariana Grande, and a lot of incredible humans. I was what they call a swing understudy, so I understudied six roles. For the first show I went on, a friend of mine who I was understudying lost his voice and they called me. I had five minutes to get ready, and gosh, I feel like that was the first time I felt the most nervous in my life, and then I got on stage and it felt amazing. That goes to show, you just have to be prepared. The nerves don’t come up as often unless I’m doing the National Anthem in the US. That’s really the only other time I get really nervous still.

How does something like your performance of the National Anthem at the 2019 MLB All-Star Games come about? Who approaches whom in that situation?
Well, the MLB, which is the Baseball League in the US, they’re really awesome. They’ve been playing my songs for a number of years and they’ve been playing my latest Love Me Less a bunch. One of the people over there just happened to bring up the opportunity when we were asking about what else we could do together. It was such an honour; it’s incredible to get to perform on that huge stage and platform.

On the topic of your recent single, what was the recording process like for Love Me Less?
It was a long recording process. I started the song almost two years ago and it’s evolved a lot since its first inception. It started with me writing it with two guys that I’m working in my whole album with; this guy Rogét who’s done Sicko Mode and Sky Walker for Miguel, and so many great records. Basically, we rewrote my verses like 30 times. Then finally, Quinn jumped on board about a year in, and then the final changes were literally a few weeks before I added some sections in the very end. We worked on it for well, all together, for two years and probably 10 days in total, which is a lot for a song. 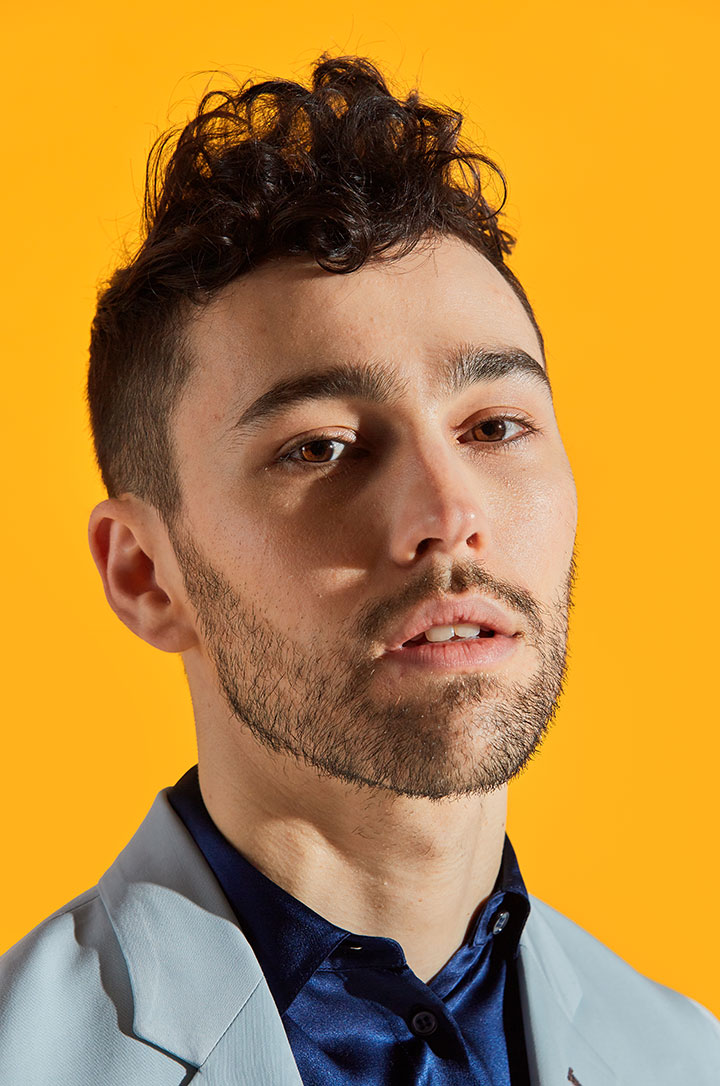 You’ve toured with the likes of Fall Out Boy and Wiz Khalifa! How would you describe your experiences with them?
It was so incredible getting to tour with Fall Out Boy and Wiz Khalifa. Fall Out Boy really changed my life. I actually got to come over to Europe and the UK last year, which was amazing. I would play at the O2 sold out, and so many wonderful venues in the UK and Europe. That was just so special getting to play arenas with them. They’ve definitely taught me the ropes along the way. They’re all very fun size humans, all the Fall out Boy guys, just like me. It was nice to have fun size, awesome, legendary humans showing me the ropes of touring.

That’s awesome. What’s been your personal highlight of your career so far?
Gosh, I’ve been very lucky to have a bunch of really awesome highlights. I’d say one of my favourites was actually pretty recently. I had my birthday a couple of weeks back in June and I got to rent out a farm that was next door to this amazing festival in the US called Firefly. I got to bring all my best friends. Honestly, it wasn’t like a big Grammy or the other things that I’ve got accomplished, but it was something that was really special. Getting to share one of my favourite festivals with a bunch of my friends on my birthday, doing what I love, having fans that care; that was what I always wanted. I’d rather that than a bunch of awards any day – getting to share with my favourite people and be in an amazing place with the fans…

That sounds great!
…And being in a farm, obviously. The farm was the best part. [laughs].

How have you found juggling being an artist, an actor, and a dancer?
Gosh, I’ve been pretty focused on mostly just music the last few years. There was a second where I was juggling all of it, doing TV stuff and making an album, and I realised pretty quickly that your best work doesn’t come from juggling things at the same time. Maybe it comes from really focusing in for a year or so on one thing and then the next. I definitely have to make time for the things that I’m the most passionate about and go from there.

I couldn’t agree more. Was there a moment you can remember where you realised that you wanted to stop and really start focusing on one thing?
Thanks, man. Yeah, there was a moment where I did this movie called Love and Mercy, which is about The Beach Boys, and amazing actors were in it. Paul Dano and John Cusack, a bunch of great actors, but I got to work with Paul Dano personally. The way he transformed in the role… I watched him, and getting to be alongside him, I realised: “If I want to do this acting thing, I better be as focused as this guy, because otherwise what’s the point of doing it?”

I realised I felt that way about music. That was the big moment for me, saying: “You know what? Even though I’m turning down great opportunities, it’s not what I’m meant to do right now. I really have to focus on what I feel the most happy about.” That was it. Seeing how passionate he was about transforming himself, that was it for me. 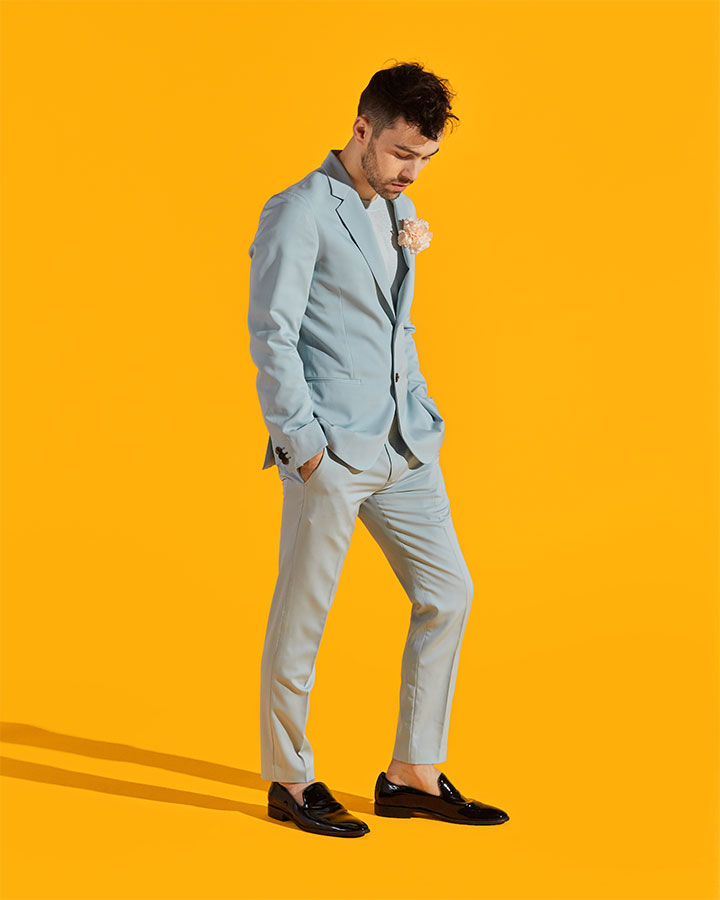 I was watching your performance on The Late Show with James Corden. You have a really strong look, with the gold shoes and the glitzy jacket. Who selects the clothes you wear?
Yeah, thank you very much. A lot of times I get to work with different stylists, but the true legends of all the fashion is actually my wife, Emily, who styles all my shows. She is such an integral part of all the styling and helping to really shape eras of what we do for fashion for each album. For that performance, she really nailed it. She’s the secret sauce behind all of this stuff that you all see.

It must be great to be able to work together.
It’s so awesome. It’s amazing.

You’ve even worked with Madonna on the D&G campaign. Could you tell us a little bit about what that was like for you?
It was amazing. She’s a tiny little human as well, and she was like, “It’s nice being here with fun-size humans.” She’s very powerful. I learned a lot in just that one day of being with her. My favourite part of the story was that at the end of the day (I was only supposed to be in one shot, and I ended up doing like six or seven shots with her for the campaign), it was the first time that paparazzi appeared, and they took all these photos. We were out on the street, and that was at her request, it was a surprise shot. The next day my dad got the morning paper and it said on the front cover, “Who’s Madonna’s new teenage boyfriend?” That was the highlight of my life for sure.

Do you have any advice to students who would like to follow a similar path to you?
I’d say there’s really a few main things. One is that you have to be ready to have pretty thick skin. If it’s what you’re meant to do, then be ready for the fact that for the same reasons people hate you, some others will love you, and both are necessary in whatever you’re doing. The other is to definitely not let anybody change who you are or what you’re passionate about to appease others. Because even if the success comes from that, it’ll never feel right. The third is just to keep people who you really love around you and not let anyone push them out. They’ll always be the most important in keeping you grounded.

Speaking of having thick skin, what’s been your most embarrassing moment?
Gosh, I had one where I did this gig for a sports team in New York pretty recently with The Jets. (They’re a big football team.) They had me perform a song by myself, live. I knew it was something that the crowd was probably not going to be into – they were revealing new jerseys, and they just wanted us in the jerseys… it was tough.

I’m a big Jets fan, and I don’t think anybody knew that, but I went out there and said something during the song about how much we sucked that year [chuckling] and how I hoped we’d be better. So many fans were so pissed. They were like, “How dare you say we sucked?” I was like, “It’s just true.” I’m a die-hard fan. I feel like when it’s your own team you can relish in it, you feel the pain. It was embarrassing though, not knowing that they didn’t know I was a big of a Jets fan as I am.

In the event of a zombie apocalypse what would be your plan of action?
Well, I’d probably surround myself with all of my largest friends – but the most brave, of course. Stay in the house, lots of food, lots of drink. I feel like you just get a bunch of shotguns, I feel like that’s the move, right? Zombie apocalypse, it feels like the weapon of choice, and just wait it out.

We’re hyped about your intimate AF Europe tour! Could you possibly share a little bit of what your fans can expect from it?
We just had the London show, which was so special. They’re genius. I wanted to do these shows prior to me dropping my full album because it’s for one, as I finish the album the fans influence the music so much that we feel the energy while we play these new songs and while we finish them. That was one aspect. They can definitely expect a very intimate energy where I can see every face and they can feel every bit of my energy so close to them. That’s what’s special about it.

Thank you very much for speaking with us.
Same here, it was a pleasure. Hope to see you at a show soon. Have a good one.