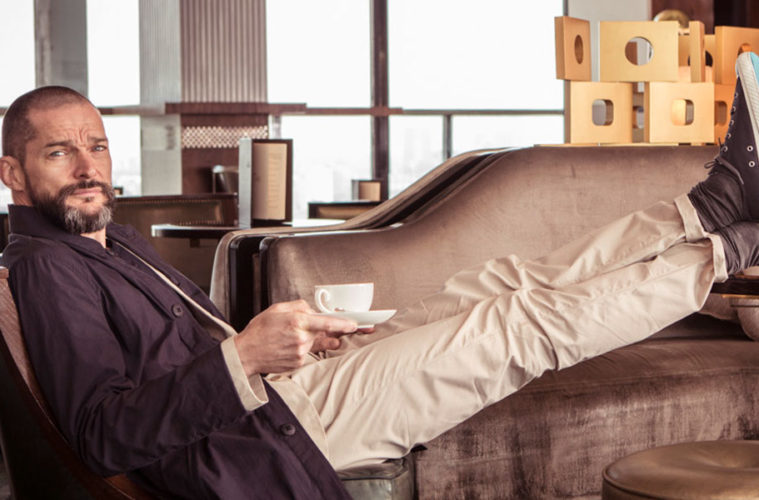 He’s best known for appearing on Channel 4’s First Dates, but Fred Sirieix is more than just a TV personality. He’s a professional that’s been in the industry for 25 years and currently the Manager at Galvin at Windows, a Michelin-starred restaurant on the 28th floor of the London Hilton hotel on Park Lane. If that isn’t enough to keep him busy, he’s written a book called Secret Service about his career and inspirations. We caught up with Fred to have a chat about his book, running a successful restaurant, bizarre foods and wine!

Hi Fred, thanks for speaking with me! Many will know you from First Dates but there’s a lot more going on isn’t there! Can you tell us a bit about your book, Secret Service?
Yes! Secret Service is basically a memoire of my career and some stories about things that are important to me and have inspired me. It’s about philosophies and ethos of service which are directly related to restaurant but of course by extension, because the restaurant world is such a blueprint for other businesses because of the customer service. This book is something I’ve written as a result of someone who’s been working in this industry for 25 years.

You’re best known for being on the massive TV hit First Dates, but are also the Manager at Michelin-starred restaurant Galvin at Windows. I was introduced to the restaurant last year, and have spent many occasions sitting back sipping a cocktail overlooking the amazing views of London. The entire experience you get from the smell as soon as you walk into London Hilton, to the way you are welcomed by the staff when you get to Galvin at Windows and then the views from the 28th floor – truly spectacular. In your opinion as the manager, what is the key to running such a successful restaurant?
You need to know what you are doing, and be VERY clear about the minute attentions to detail. About every single aspect of your business. Also to have a very clear vision and values about what your business is and where you are going. You need to have your finger on the pulse if you are going to deliver the attention to detail that you have in your mind. No stone should be left unturned when you are thinking about a business. Everything has to be just like you want it. You cannot afford to not think about something. 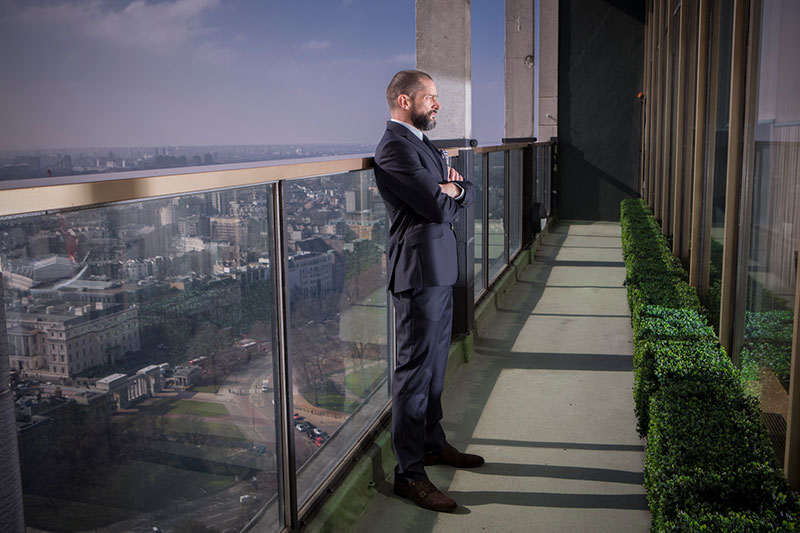 You must have seen a huge number of first dates take place and once said “a love that can last forever, takes but a second to come about”. So, what are your top 3 tips for anyone going on a first date?
Dress to impress, wear your smile on your sleeve and pay attention to your date.

Can you tell us about what goes on behind the scenes when filming First Dates?
For a start, the people that make the show are the people on the show which of course means the staff that appear on television, but also the people that you do not see that are behind, making the show and apart of the production company. Our sole vision and intention is to bring people together, to match them to perfection for what could be a life changing experience for them because they’re going to find the person that they want to be with for the rest of their life. This is what we want to do and it is only on this premise that we are there.

You clearly have a busy life! When you have a day off, what do you get up to?
When I’m not filming for First Dates, running Galvin at Windows or working on my book, I like to go boxing. I normally train every week but in last 2 months I’ve been going zero. I keep fit. I get up and do my weights, I run and cycle to work every day so at least I get that in. But in terms of the sparring I was supposed to start this week and I don’t have the time, I can’t do it. Plus, it wouldn’t be right if I get a black eye and have to go on film.

Do you cook a lot at home, if so what’s your favourite meal?
I cook anything. You know what I really like to cook on Sunday is a roast chicken and French fries with a nice salad. It’s very simple. Don’t get too complicated when you’re at home I think.

Is it hard to impress you when it comes to going out yourself for food and drinks?
I get impressed by genuine, true, honest, kind people. That will impress me and is what always gets to my heart in no time.

Who’s the most famous person you have ever cooked for/welcomed to a restaurant?
Many DJs, Daniel Craig and Penélope Cruz. 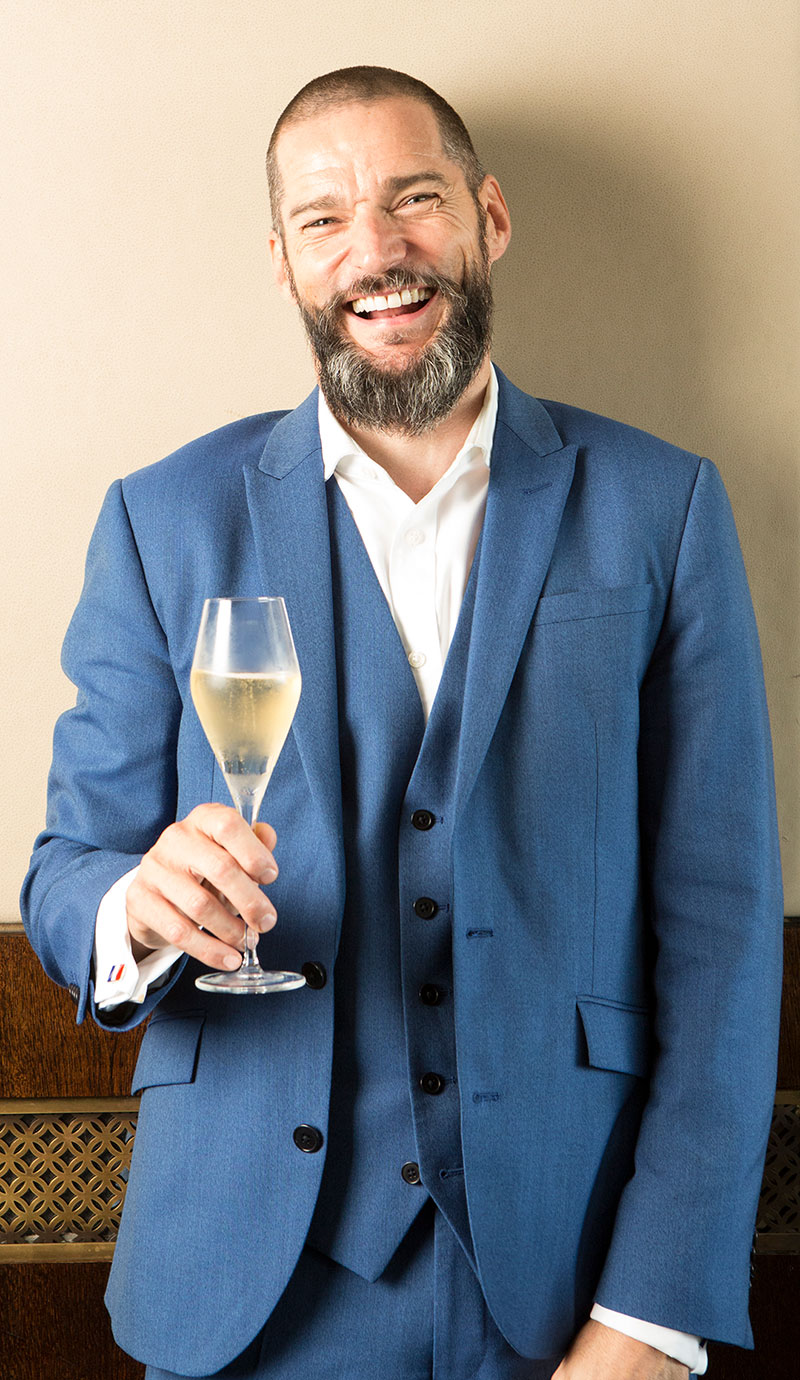 Do you get to choose the menu at Galvin at Windows, and if so, where do you get the inspiration from?
Yes – we are a French restaurant, but what we do is look at themes, so for example we might have a stance of North of France, or South of France, or the centre and of course everything is led by the season too. We then taste dishes and when we are happy with a series of tasting and we think we have nailed the recipe we then put it on the menu. Before it goes on the menu it has to go through a rigorous checking process to make sure it fits with what our customers want and what our vision is.

I’ve just returned from Paris for the first time, and as much as I tried, I just couldn’t bring myself to eat snails or frogs legs. Have I missed out?
Ah, they are very nice! You should try. But maybe they are an acquired taste and I don’t realise because I’ve been eating them since I was a boy. I think they are nice but they all have garlic and parsley, so if you don’t like garlic and parsley butter than you might not like it. The texture might put you off and I do understand that.

What’s the most bizarre thing you’ve ever eaten?
When I went to South Korea I ate some pretty strange stuff (to me), because it’s not my culture. There was this crab for example which was marinated in soy sauce and it was almost raw. I just couldn’t do it.

Before you go, please can you clear this up for me – is it good for you to drink a glass of red wine per day?
I think so, but I’m not a doctor. But I think it will take some of the stress away and relax you maybe. It also depends how big the glass is because some glasses now are like pint glasses and are a bit big! If it’s a glass of wine and a reasonable size I think yes, it will be good.

If there was a zombie apocalypse, what would you do?
I’d run to my parents’ place, they wouldn’t find me there.