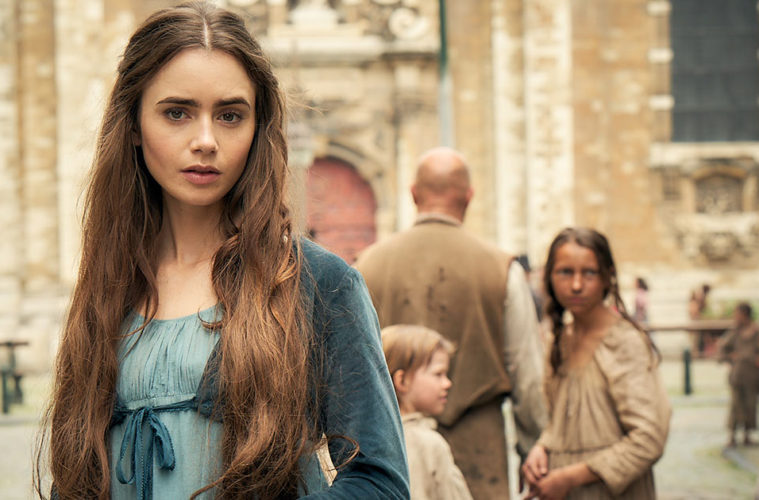 Hi Lily Collins, thank you so much for speaking with us! What was it like playing the character of Fantine in the BBC TV adaptation series of Les Mis?

It was incredible; it was a total dream. To be able to portray her was something I never thought I’d have the opportunity to do. I knew it was a challenge taking her on because she goes from one extreme to the other, but I was really excited to have that opportunity to show part of her storyline which wasn’t really seen before, to put a fresh perspective on it. And we worked with such an amazing cast and crew.

How did you find the filming process for the series?

The filming process was really interesting, because we started in winter in Brussels and ended in summer. We shot the end of my story line first, so literally on the second day of filming I had to do my death scene, and basically work my way back to life in the summer when I came back to shoot in June and July. So that was really interesting to walk into a new project, and at the start of production, to have to enter into the mindset of Fantine’s second part of her story – which is the more depressing, sad end of her life. I usually don’t have to start out of sequence like that, so it was definitely challenging, but also really interesting in a sense because I was able to start the project at my lowest which enabled me to know how positive, uplifting, and romantic I got to make the beginning of her story. I was able to have my character arc resonate more strongly that way. 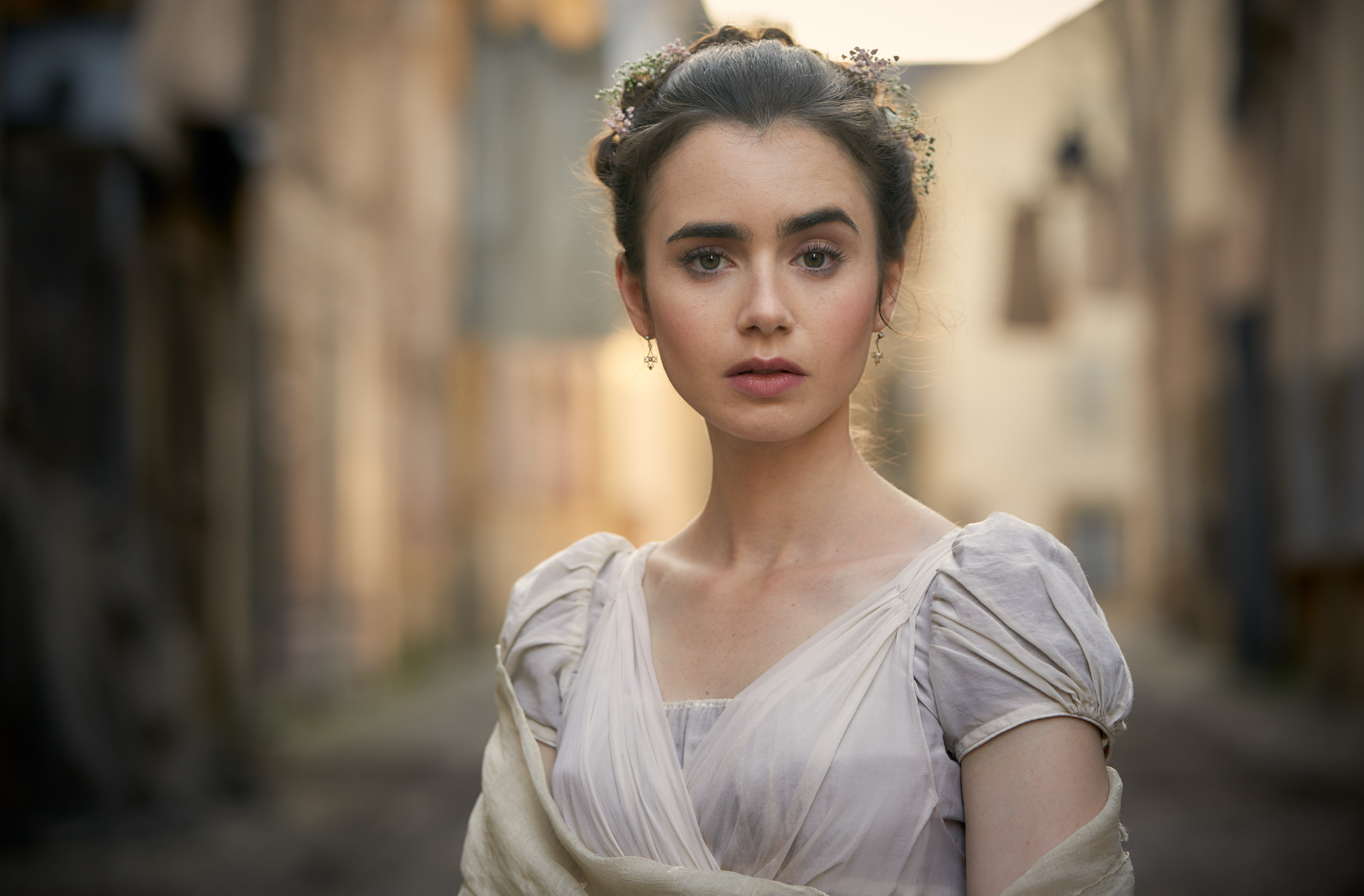 How do you feel about the series being strictly non-musical, and a direct adaptation of the book itself?

As much as I love the musical and the songs in the film, I think it’s really special that ours is a non-musical version. Not everyone loves musicals, so this is a way to invite a new audience to enjoy a story which has been known for so long as well as show those who do love musicals and do love the renditions which are out there a new side of it. Ours gets to delve into characters in a way which maybe people haven’t seen before. You get to see more of their back-stories, especially for my character Fantine – you really get to see her as young, innocent, and naïve, coming to Paris and falling in love and having a child – which usually is only dedicated to one or two verses in one of the songs. You really get to see and feel more for the characters in that sense and feel a bit more empathy towards their story lines when you have been on journeys with them. I think it’s really important to invite a new audience in to enjoy this, but also show an audience which already does love it a new side. I was excited to do this version because the original novel is so incredibly special and wonderful, and Andrew Davies is a genius in how he took it and made it into six episodes (I don’t know how he did that) but you really get a sense of the environment from his writing and from what he transcribed. There’s less of a way to have a direct comparison with ours to the musical versions because there obviously isn’t music. Ultimately we’re telling the story in a different way, so there was a little less pressure on my end in that regard. 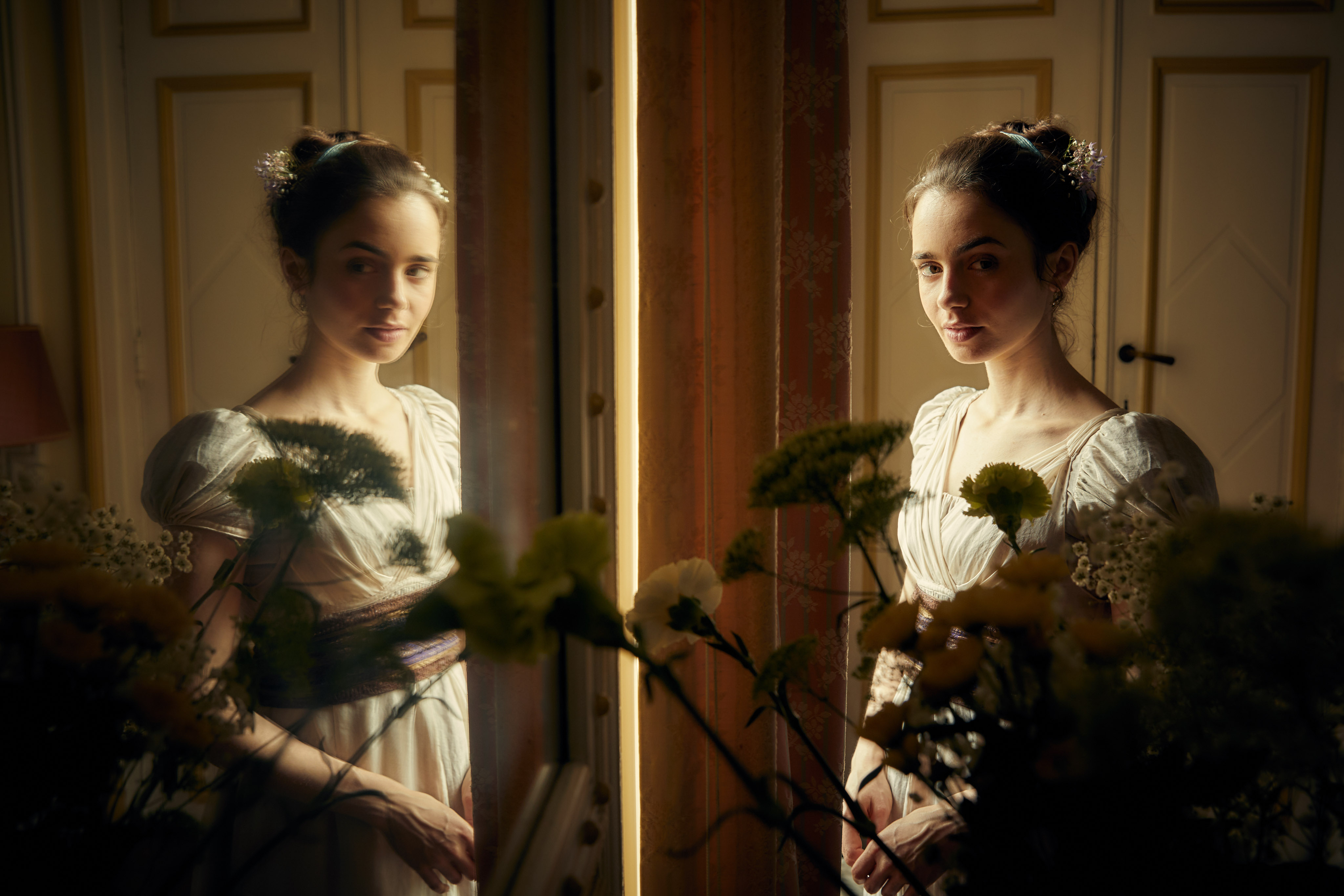 How would you respond to the argument that the film you starred in, ‘To the Bone’, glamorised anorexia?

I think that it brought the attention to topics which aren’t normally spoken about in films and put it on everybody’s radars. I’m really proud that we were able to create a movie which portrayed a lot of empathy towards something other people maybe weren’t aware of or gave people a voice which people could relate to the movie, so I’m really proud of what we did.

You’ve spoken about your past struggles with eating disorders. Do you find it important to speak out about your struggles to your audience?

I wrote a book where I discussed my issues with it, and it was a way of me trying to say that you’re not alone in your struggles; we all have our own insecurities. There was a marriage of writing the book with having to come out of a really awful moment for me as a human being at the time, so it was a way of taking a subject matter and bringing it to everyone’s attention, by saying that there’s something we really need to talk about. It’s important to look back on our past and not be ashamed; remember that this is just a part of our journey.

You’ve had some weird situations with fans who are quite interested in your eyebrows, but what’s been the weirdest experience with a fan that’s ever happened?

When someone asked to touch one of them and then proceeded to then touch the other one, which was very strange but I guess it was to see if they were real [laughs].

You grew up in the public eye as you got into acting from a young age, and had a very famous father, Phil Collins. How did you find it?

It was just the upbringing which I knew, it was the only thing I ever really knew and he was just dad to me. But you know I’m very, very proud of all that he’s done and I am proud of what I’ve done on my own as well. I got to know the pros and cons of the industry very early on and I think it just better prepared me for being where I’m at right now and I’m just very grateful.

Do you have any advice for students who may be considering getting into the acting industry?

Yeah, something which I always say is that I was told ‘No’ so many times, but I never took that as a deterant to not continue on just doing what I was doing. Never take ‘no’ as a ‘no this isn’t for you,’ take it as ‘no, maybe not right now’ just to keep growing and to not get discouraged. You’re always learning.

What was it like working alongside some amazing actors such as Julia Roberts and Sandra Bullock?

It’s incredible! They’re so warm and lovely towards me; I worked with them towards the beginning of my career and they taught me so much by just seeing who they were. They were mothers and they were actresses and they were so knowledgeable about every side of the craft. I loved watching them work, I picked up on so many things which I just wouldn’t have thought elsewhere to pick up on.

What would you say is your ultimate life goal?

I would love to be a mother one day; continue doing what I love for a career and being a mum at the same time, that would be it.