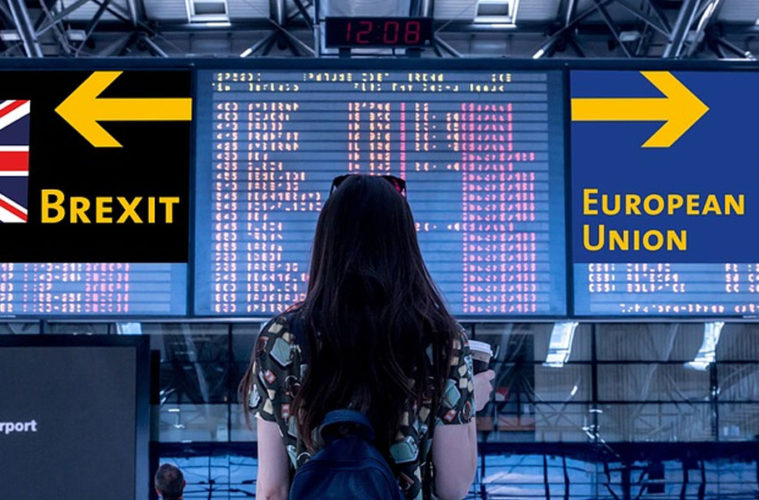 Brexit Travel Disclaimer: The author and Student Pocket Guide take no responsibility for the advice below. If in doubt, consult your bank or travel agent.

That’s right. The B-word. You thought you could escape it by going on holiday? How wrong you were…

If you’re traveling, doing volunteer work or even popping over for a booze-cruise then Brexit is going to find a way to ruin your day.

Is it the end of the world? No, not quite. But please believe me when I say that you’re going to need to plan ahead to cope with the chaos.

That is because, for pretty much all of recent history, the GBP has been STRONG against other currencies. That means everything is basically going well, and lots of people want to buy UK stuff. As more people want to buy UK stuff, the demand increases. As the demand increases, the value of a quid increases. This has the knock-on effect: the GBP gets STRONGER and it means you can buy more Euros, Dollars or whatever. Which means you can buy more cocktails, novelty inflatable crocodiles or dodgy kebabs when you go on holiday.

Now, because of Brexit, people don’t have the same confidence in British companies. Less people want to do business in the UK, so demand for UK stuff falls and the value of a quid DECREASES.  This has the knock-on effect that the GBP gets WEAKER and it means you can buy LESS Euros, Dollars or whatever. Which means you can buy LESS cocktails, novelty inflatable crocodiles or dodgy kebabs when you go on holiday.

Understandably, people are rather upset about this.

PLAN AHEAD BY: There’s no way around this. You’re going to need to save more money for your trip. Plan in advance, put money away, and tighten your belt.

Another good tip is where possible put the money you spend on holiday on a credit card and pay it off when you get back with saved up money. This will save you cash as the banks (the people who provide you with your credit card) get the best exchange rate on all currencies (the ratio of how much it costs to buy different types of money).

Do I need a new passport? Short answer, no. Long answer, maybe.

Normally, the government advise that you have 90 days still left on the shelf life of your passport before going abroad. This has been raised to 6 months, so it is well worth double checking now before you go.

It costs a crippling £75.50 to renew a passport, so you’ll need to budget accordingly: https://www.gov.uk/renew-adult-passport. It also takes 3 weeks to get one, so if you need it within 7-10 days, try this: https://www.gov.uk/get-a-passport-urgently

What about Visas, fees etc?

The EU has said as of 2021, UK traverlers to Europe will have to pay €7 for the European Travel Information and Authorization Scheme (ETIAS), which you can get online. It lasts for three years and hypothetically provides swift passage at EU borders and airports.

Can I use my mobile in Europe?

Before Brexit, it was written in law that there were no roaming charges for phone use in the EU. Then, we decided to leave the EU.

Now, none of the networks have said they plan to introduce roaming charges, but it is definitely well worth double checking before you go. Sneaky extra charges are a speciality of those guys.

Finally, it’s an important note, especially when you speak with local people. How Britain is viewed by the world has shifted. Dramatically.

Imagine you had a friend. A sensible friend. They are a little quirky, but fundamentally fairly normal.

Then one day they start wearing black. And referring to themselves in the third person. And listening to nothing but Smooth Jazz re-mixed over Death Metal. Oh, and they only eat roadkill.

Can you see how it might be hard to stay friends with that person? Brexit has been like a brick through a window for international relations, so the knock-on effect is that people may be a little cooler towards British tourists than normal.

The best thing to do is smile and laugh it off. Or, pretend to be Canadian! It works for the Americans…