Competitive Eating World Record holder, Leah Shutkever can eat an entire Terry’s Chocolate Orange in 65 seconds. She travels the world entering competitive eating challenges and has built a strong social media following for her ability to eat FAST! Leah’s also a fitness addict and when she’s not smashing KFC, Big Mac’s and doughnuts, she’s hitting the gym hard keeping her body in perfect shape! We caught up with Leah to talk about her bizarre talent, diet, fitness, dealing with peer pressure and how she plans to continue breaking records…

How old were you when you realised you can eat so much, so fast?
I have FOREVER been the fastest eater, I always knew it but its only been since I became a contender on the competitive eating roster that my true potential has shone through! I probably wouldn’t have ever known had I not tried. 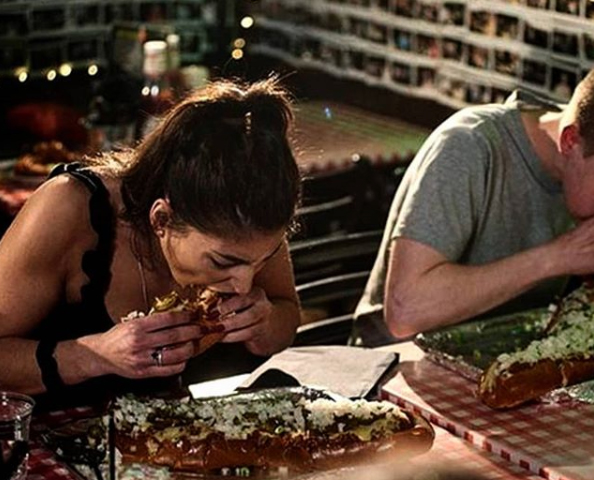 You hold the world record for eating a Terry’s Chocolate Orange in 65 seconds. What drives this fascination to eat so fast?
I just saw the record somewhere and I thought ‘I could do that’. I guess I just have a blind ambition and a real ‘can do’ attitude about life so now, breaking world records has really become a passion!

There’s a massive misconception that competitive eaters are large people, but you are not. What kind of reactions do you get when you step up to these challenges, before and after you complete them?
This is by far my favourite game! As you can imagine I’m instantly judged on how I appear but that doubt and assumption ignites the fire. Afterwards, just shock, awe, some disgust and some admiration – its all part of the charm.

You hit the gym a lot so how does the high intake of unhealthy foods and working out, actually, work out!?
I see what you did there, very good.

This is certainly a huge misconception about me especially. Fitness and sport was my everything a long time before competitive eating. I live a fitness lifestyle and right now my healthy living far outweighs the food challenges I attempt. I have always been an advocate of ‘your body reflects what your do 95% of the time’ so I live by that!  It’s not an easy balance because I do have to increase my activity levels and taper my calories to suit each week BUT so far, it works out! 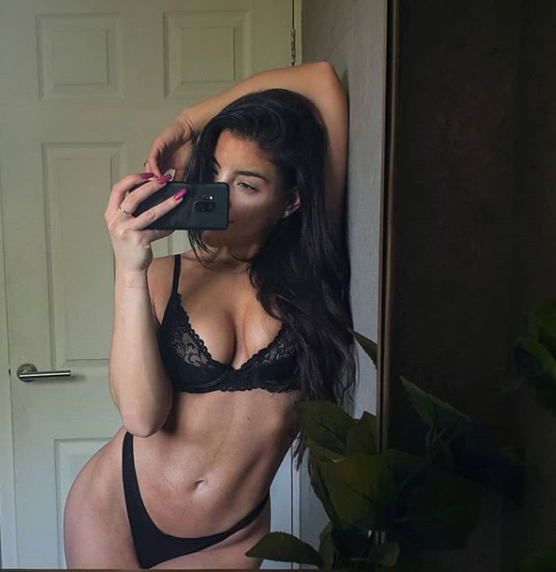 What’s your usual diet like when you’re not competitive eating?
I live a very generic clean diet, the type people pull faces at. I prep all of my food and generally make sure I have a good balance of protein, lots of fibrous vegetables, dietary fats and I’ll have some complex carbs after I workout (to simplify; chicken, rice, avocado & broccoli). It’s all very flavourless and basic because that limits any cravings. Ohhh and water, I drink A LOT of water.

You’ve built up a strong social media following for your competitive eating talents. What do you hope to get out of this, long term? Do you have a goal?
I’m a bit of a freak show and I guess people like to see that! If anything I would like to represent women doing unconventional things, being unapologetically multifaceted. Right now I’m just looking to break some new records and keep putting out some great content on my channel!

Long-term, I would love to host a female version of Man v. Food and see if we can both promote healthy lifestyles by showing diligent training, great food and friendly competition in the UK.

Do you ever get any strange requests from fans?
I get the most bizarre requests but I’m not in the business of giving people any new ideas so I think ill keep those to myself!

You’ve said in a previous interview that you “weren’t like other girls your age” and that you were very much bigger. What advice would you give to anyone in the world reading this, who is not like “other people” and feels any kind of pressure to be different?
I have so much to tell those people. We all have our thing, the thing that we’re really good at, find it! It might take some time so be patient with it, but it’ll turn up! Then, throw all of yourself into that, become better at it, the best even. Eventually you will be that thing you’re great at, people will know you and will really admire you for just evolving. That will lead you into something else and then something else until eventually, you will LOVE the fact you’re not like anyone else because not only do people remember you for being different… but they also remember you for being fantastic at doing that thing.

I was overweight growing up but I was also very sporty and ruthlessly competitive. I threw myself into sport, wholeheartedly. I didn’t set weight goals or dress sizes I just became great at Rugby, Badminton and then bodybuilding and after recovering from many mistakes and injuries my body really started to reflect that one thing I was really good at. Now I’m that foreign looking but British, Flexy-bendy fitness girl who’s a designer and a competitive eater. There isn’t a right way to do anything, this was what worked for me to be where I am now and I would recommend anyone to just give it a good go and find their niche. 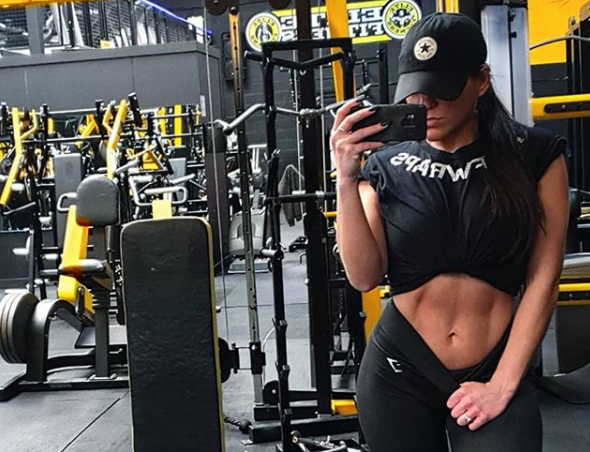 What is your favourite meal and best hangover cure?
Favourite meal, if it’s made fresh by a passionate chef, I’m in!

Fun fact: I’ve never been hungover, I’m not and have never been a drinker. I was always SUCH a fitness fanatic (yes, I mean boring) and I worked in bars and clubs so I was always working whilst people were out partying, even through uni! Best advice, Vitamin C effervescent, LOADS OF WATER and get some good carbs on board and you’ll be golden!