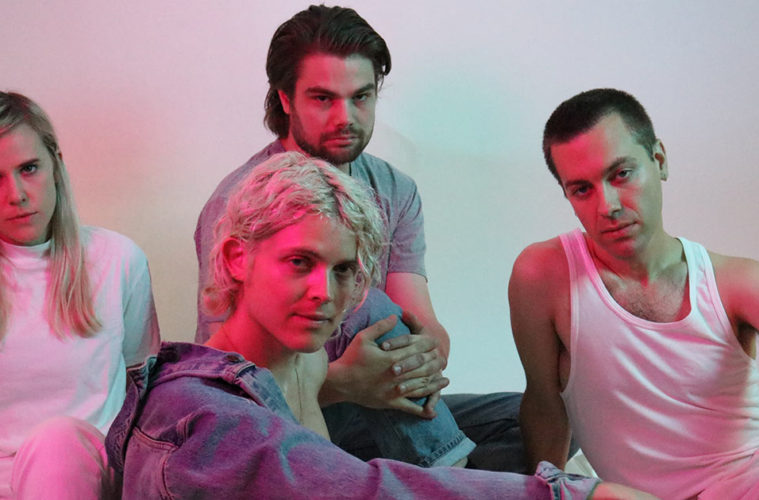 Cub Sport speak with us about what it was like coming out, the recent pride month, and their UK tour. Check out their latest music video for Limousine now below!

Where are you now, and how’s your summer going so far?
I’m home in Brisbane Australia now, and it’s winter down here. I’m loving the beautiful Brisbane weather and being home with my dogs Missy and Evie.

You publicly announced you are gay a couple of years ago. When did you realise you were in love with your best friend?
I went on a writing trip to LA and London in 2015 and that was the first time I’d been away from Sam for that long. I missed him heaps, and that was around the time I started to realise it was probably because I was in love with him [laughs]. We finally had the conversation and came out about a year after that. 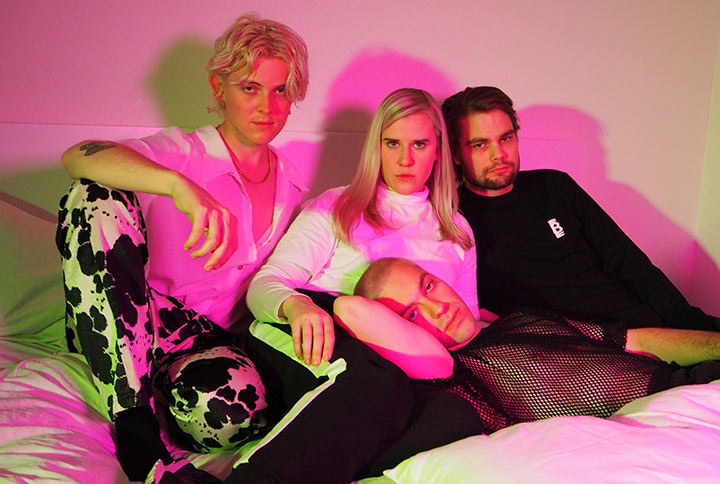 Who told the other first how they felt, and what was it like saying or hearing this?
Sam told me first. We were in Vancouver and we’d just finished a six week tour of the UK and the US. He basically said “I don’t want this to ruin our friendship, but I’m in love with you and I wanna be with you.” It was a huge moment hearing that – we’d basically been in love for eight years and we’d been denying it up until that point. I felt so many things in that moment; I was obviously incredibly happy, but also felt bad for not saying something sooner. I also felt scared about facing the reality of finally coming out.

You have been very genuine and honest which is truly admirable – how did your fans react when they heard the news?
We didn’t really make an announcement or anything, and we didn’t have a huge following when all of this went down, so it was something that people learned about over time and as I became more comfortable speaking about it in interviews. Our fans have always been really supportive.

Congratulations on your marriage! How did you celebrate your big day?
We had a pretty low key wedding day with close friends and family. We walked down the aisle with our dogs Missy and Evie which was so special.

Did you have a first dance, and if so, what song did you play?
Our first dance song was Frank Ocean – Solo. Frank’s album Blonde came out just after we got together and it basically became the soundtrack to the start of our lives together. Solo was one song off that album that hit us both in the heart – we gave each other matching Solo tattoos. It definitely felt like the right song. 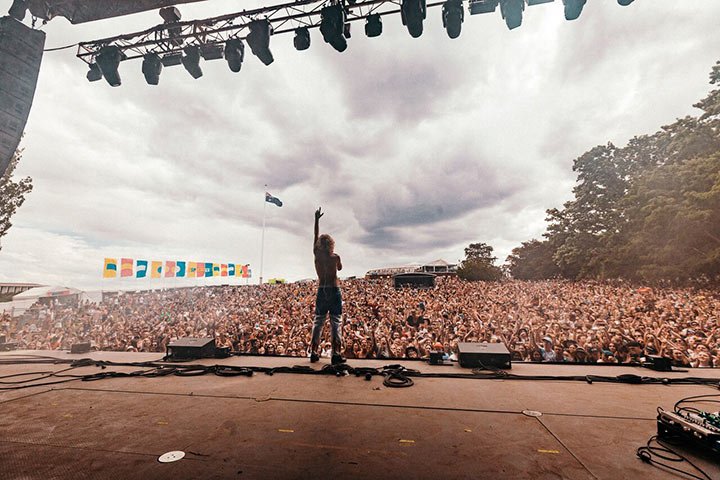 What advice would you give someone who wants to come out, but is in fear of the reaction they might get from friends or family?
Live in love, not fear. Don’t let fear of what your family or friends think of you stop you from experiencing the love you deserve. you’ve gotta do what makes you feel most like you and what makes you feel happy. In saying that though, it isn’t something you should rush. Come out in your own time and when you feel safe, but never feel like you have to live your whole life to please other people. more often than not, our friends and family just want us to be happy.

Is music a channel you use to educate others about being queer?
I’m authentic in writing from my own experiences, so I suppose I give insight into my life as a queer person but I never really think of it as a channel I use to educate. 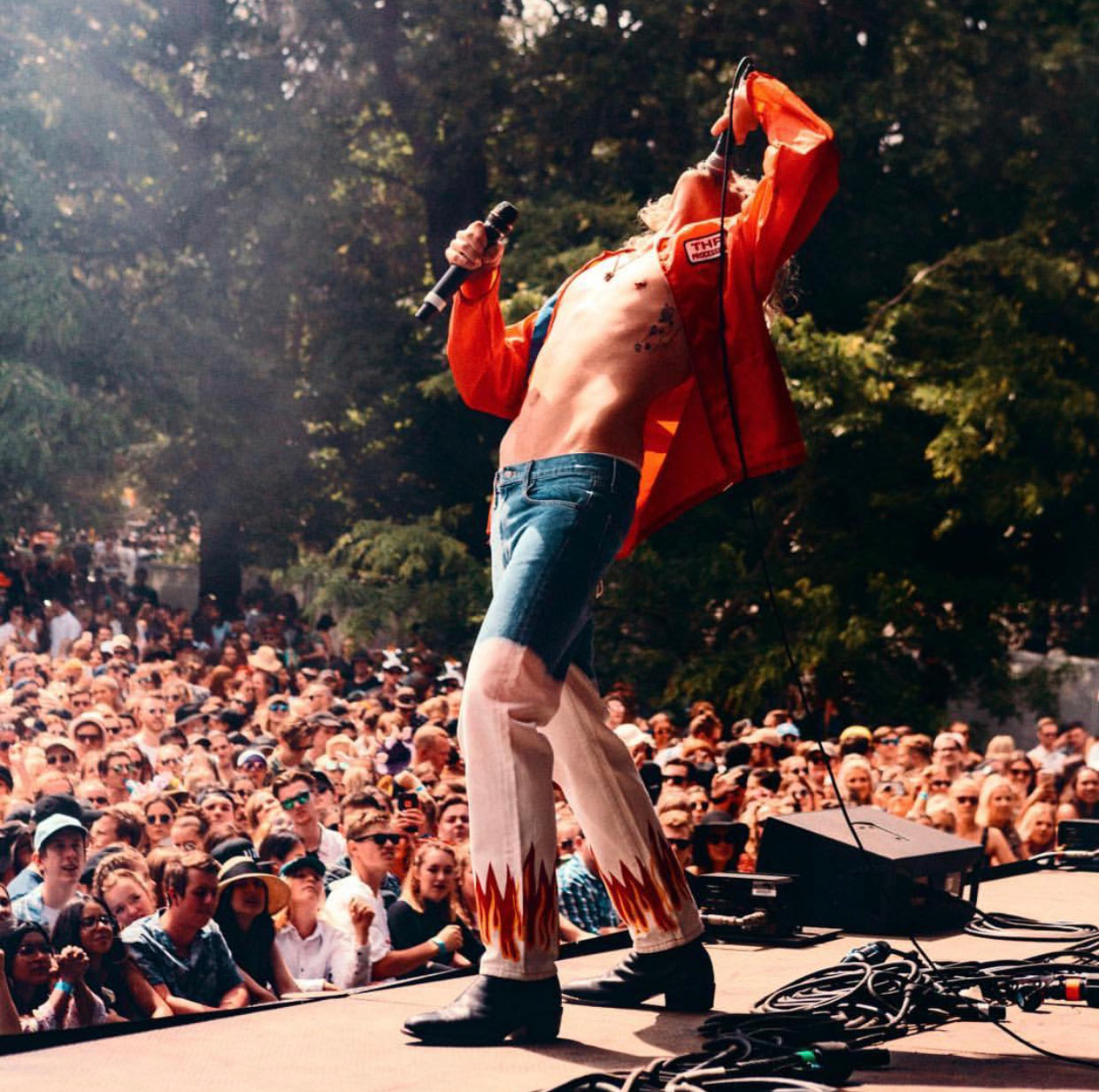 How often do you write?
Whenever inspiration and free time happen at the same time. Both of those things come in waves; it’s kind of unpredictable. I ended up writing and recording a bit in the tour van on our recent US tour which was cool!

Favourite song of all time?
Talking Heads – This Must Be The Place (Stop Making Sense version), Flaming Lips – Do You Realize??, and every song off Frank Ocean – Blonde.

Biggest regret?
I wish I’d been kinder to myself and others when I was younger, but I can’t regret anything ‘cause it’s brought me here.

You’re coming to the UK later this year. Why did you choose to tour the UK?
Playing the songs live is such an important part of bringing the albums to life. There’s such a special energy in those moments, and we want to share that with as many of our fans as possible!

On the back of this year’s Gay Pride this month, what message would you like to send to the LGBT community?
You’re beautiful, you’re brave, you’re strong, you deserve respect, you deserve to be proud, and you deserve love.