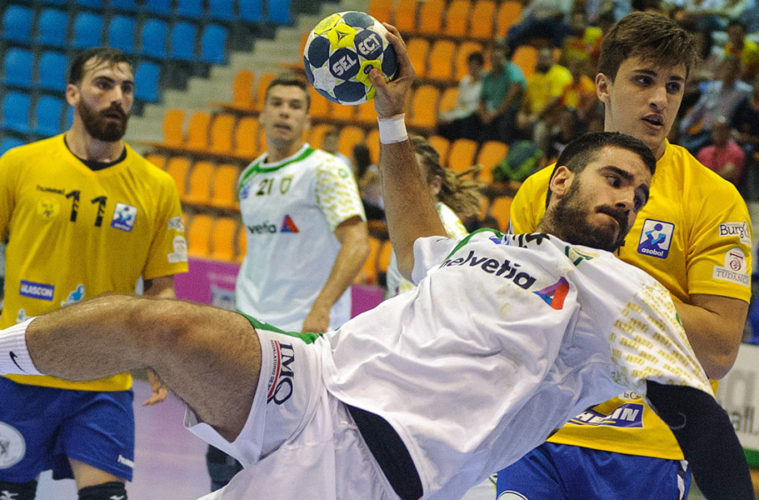 GETTING INTO SPORTS: HANDBALL

FIT AND HEALTHY AT UNIVERSITY

Studying, as we all know, can be really time-consuming and stressful. Being busy with preparations for exams and assignments usually means we rarely have time for hobbies that exclude partying, clubbing, or whatever type of social life you take with your drinking.

However, the Latin phrase, Mens sana in corpore sano, translated as ‘healthy mind in a healthy body’, is spot on and a key thing to remember when it comes to our well-being and success at university.

Easier said than done, but it is definitely worth giving it a shot. And while you are at it, why not hitting two birds with one stone (strictly so to speak!) and try something new?

So what is that sport called again?

Handball. Have you ever heard of it? Seen a game or even tried playing yourself? It’s fair to say most people haven’t, but why is that?

While handball is one of the most played and supported sports in mainland Europe and the Scandinavians, it is far from being popular in the UK.

According to Sports Gazette, ‘Handball’s status as a minority sport is confirmed by Sport England’s estimation that in 2018 there were 25,500 people participating in handball at all levels, compared to 11 million in football.’ One reason for this might be that ‘Handball is not funded by UK Sports,’ as Sport Gazette explains further, ‘Instead, the sport relies on funding from Sport England.’

Nevertheless, handball is an amazing, very interactive and rewarding sport, and most universities in the UK provide the opportunity for you to have a first-hand experience with it. It’s easy to play and requires little equipment (all you need is a ball and people to play with).

When talking about the sport, ex-handball player for Great Britain, Bobby White, says, ‘Handball is such a fantastic sport. Every person I’ve ever introduced to handball falls in love with it immediately.’

And here’s how you do it.

Traditional handball consists of two teams of six field players, plus one goalkeeper for each team. The aim is to score goals by passing to your team mates and putting the ball into the other team’s goal.

For each team, there are two wingers, two full backs, a centre player and a pivot (also known as a ‘line player’ of ‘circle runner’).

After receiving the ball, a player can keep possession, pass it further or shoot.

Both attacking and defending players are not allowed to step on the goal line or into the 6 metre goal area.

The ball can only be passed to the goalkeeper, when she or he is outside of the goal area.

The match consists of two halves of 30 minutes, with 15 minutes half-time. If a match ends in a draw, the winning team is determined in a penalty shootout.

The rules in wheelchair handball are based on traditional handball, with small changes and variations. The main aim of wheelchair handball is to have fun rather than to win and be competitive. Many would probably agree that this should be the aim of every game there is.

What is the prediction for Handball in the future?

In March 2019, Bobby White told Sports Gazette, ‘I think handball is in a great position to develop over the next few years’ and BBC Sport, reports that even though handball is not that popular at the moment, ‘that will only change.’

So are you up to trying a new and exciting sport this academic year while staying fit and even make lots of new friends? If yes, then handball can be just the thing you need.

A perfect way to find out if your university has a handball team is during the induction weeks. Alternatively, you should contact your uni’s sport facilities and enquire if they have a handball team and how you can join.