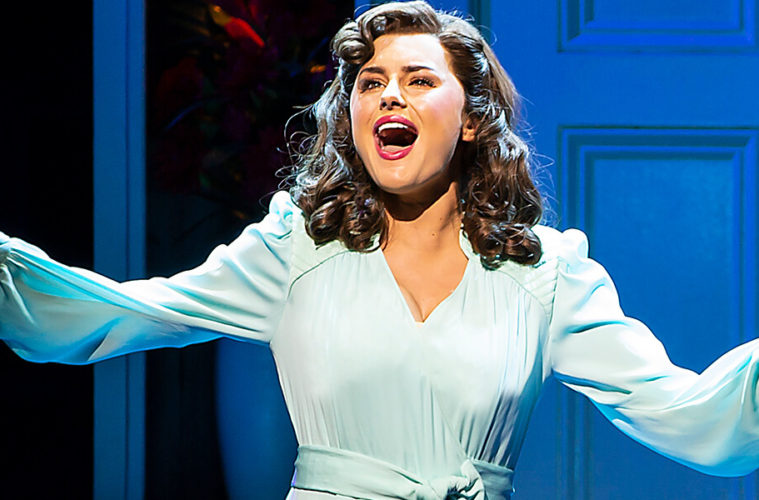 The West End’s shining star Amber Davies is on tour

One of the West End’s newest leading ladies, Amber Davies, is going on tour with Dolly Parton’s hit musical 9 To 5 The Musical and she’s heading to Woking’s New Victoria Theatre in October. Having just finished a sell-out run in the West End as Judy Bernly, Amber is delighted to be going on tour with the show all around the UK. In October the all-new production goes to Woking to spread a bit Dolly joy from Tuesday 15 – Saturday 19 October.

9 to 5 The Musical tells the story of Doralee, Violet and Judy – three workmates pushed to boiling point by their sexist and egotistical boss. Concocting a plan to kidnap and turn the tables on their despicable supervisor, will the women manage to reform their office – or will events unravel when the CEO pays an unexpected visit? Inspired by the cult film, this hilarious new West End production is about teaming up, standing up and taking care of business!

Taking on one of the roles made famous in the original 20th Century Fox Picture of 1980 starring the Queen of Country herself, Amber took the West End by storm, enjoying great acclaim throughout her time on the Savoy Theatre’s stage. Before taking on the role back in January 2019 Amber was best known as the winner of the hit ITV reality series Love Island in the summer of 2017.

Of the production Amber says: “The show is hilarious, it’s got a strong message, it’s all about girl power.”

This new musical produced by Dolly Parton comes to Woking with her Oscar, Grammy and Tony award-nominated score. 9 to 5 The Musical is a feel-good night out with all the rhinestones one could wish for and tickets are available at ATGTICKETS.COM/Woking.