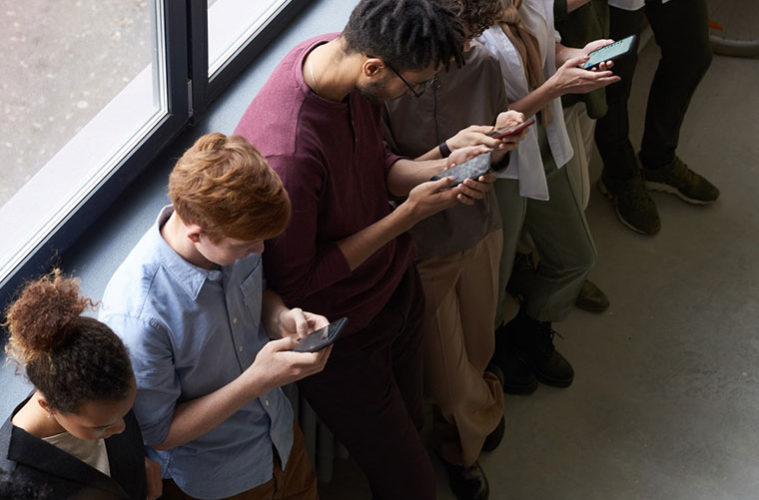 How smartphones became indispensable to students

You do not even need statistics to tell you that the smartphone has become a massive part of society today – just walk down any high street, or indeed any public place, in the UK and a substantial number of people will have their gaze firmly focussed on their handheld device. The vast majority of screen time will actually be used browsing the Internet, buying products, or playing games, and not making phone calls, which was clearly the original intention for mobiles.

There is no demographic that this is more prevalent than in young people, with research suggesting that over half of American children have their own smartphone by the age of 11. While this undoubtedly brings with it concerns about screen time exposure in youths, massive technological strides mean that smartphones and tablets have become crucial to the everyday life of a student.

From ordering groceries, to watching videos, to posting on social media, all from one small device, the world has never been more connected. These are some of the most popular smartphone uses for students today:

Queuing in banks is now effectively a thing of the past. Apps like Revolut, which offer accounts and cards without the need for traditional buildings, do away with bureaucracy and instead focus on convenience. Splitting bills between friends has never been easier, while cards and transactions can be blocked at the tap of a button.

Another benefit of owning a smartphone is being able to revise on the go. Old school textbooks are no longer seen as necessary by the younger generation, and a quick look on either the App Store or Google Play will display thousands of educational apps for all ages.

As well as organising banking online, students know that they can also use their smartphone to earn extra cash. The gig economy is such that young people want to make money on their terms, and to have fun doing it. Slot games are particularly popular at the moment, with offers such as £5 free no deposit available.

Takeaway deliveries have never been simpler and there is so much choice available for those living in urban areas of the UK. Just Eat, Deliveroo and Uber Eats all offer convenience and good value and you will be hard-pushed to find a university student that hasn’t used these services.

Organising a journey – whether publicly or privately – can also now be done at your convenience. Major websites such as Trainline allow for tickets to be purchased electronically, while the success of taxi app Uber in London has seen cab drivers launch legal action. Electric cars and their charging points are becoming ubiquitous in the UK and apps are available to show availability.

It is clear from the above examples that this is only the start of the technology revolution; as more established companies close their doors as they struggle to embrace change, start-ups will only increase – and tech-savvy students are at the forefront of this shift in direction.