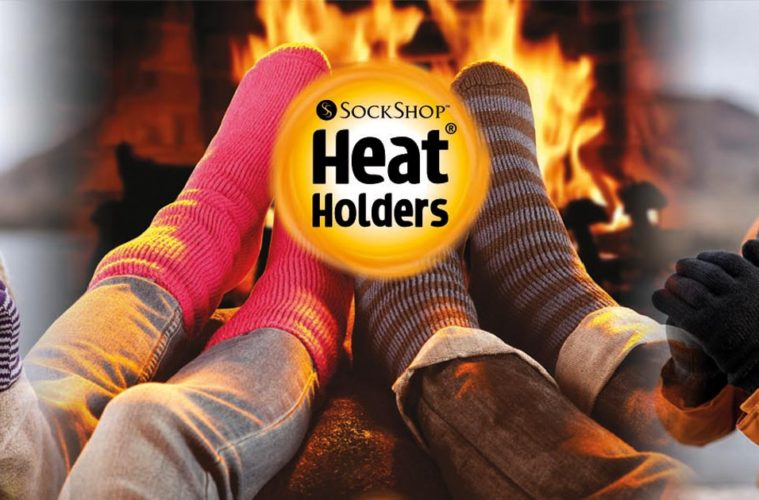 How To Stay Warm With Heat Holders

No one likes cold feet. But until 2008, most ‘thermal’ socks you could buy were pretty much useless. And that’s where our mission began…

Our inventor, David Doughty, spent his working life making and selling socks. Laid off from his factory job in the late 70s, he bought a machine with his redundancy cheque and began making socks in his garage. By the 80s, he’d built up a thriving business that employed over 200 people.

Things got tougher in the 90s. Imports flooded the market, forcing David to switch from manufacturing to importing. Socks got cheaper, but they got thinner and lighter too – and people’s feet got colder.

One winter’s day in 2006, while David was watching his son play football, he realised his so-called ‘thermal’ socks were doing absolutely nothing to keep his feet warm. And to make matters worse, they were the same socks he sold himself. Sock-makers had tried so hard to be cheap, they’d forgotten about quality.

Right there and then, David decided to create a new kind of thermal sock. Maybe not the cheapest, but definitely the best. A sock so warm his feet wouldn’t know it was winter.

A sock is born

Developing Heat Holders took two years of hard work, dozens of experiments and a complete redesign of our machinery. Eventually, we found the answer: a three-stage manufacturing process incorporating a high-quality acrylic yarn mix with an incredibly soft, cashmere-like feel, a special long looped pile and finally an intense brushing process. The key to insulation is to trap as much warm air as close to the skin as possible, and that’s what Heat Holders do better than any other sock in the world, due to their patented long-loop technology.

The Heat Holders process was, and still is, absolutely unique. It gives our socks the best thermal properties available, with a tog rating of 2.34. That’s far warmer than heavy walking socks, nearly three times as warm as standard thermal socks and seven times warmer than basic cotton socks.

People loved Heat Holders right from the start. In emails, social media posts and online product reviews, they told us the socks had literally changed their lives. Now, instead of suffering with thin, chilly socks (often two pairs at once), they could enjoy blissful warmth and comfort all day long.

Over the few years since, we have sold an incredible 20 million pairs of Heat Holders worldwide. We expanded our sock range to include more styles and patterns, and helped customers feel warm all over with Heat Holders hats, gloves, tights, leggings, underwear, Snugovers and even blankets. In 2009 we linked up with SockShop, who brought their proven retail expertise to the Heat Holders brand.

Inevitably, imitators have sprung up. But although they claim to match our warmth, their socks just aren’t made the Heat Holders way.