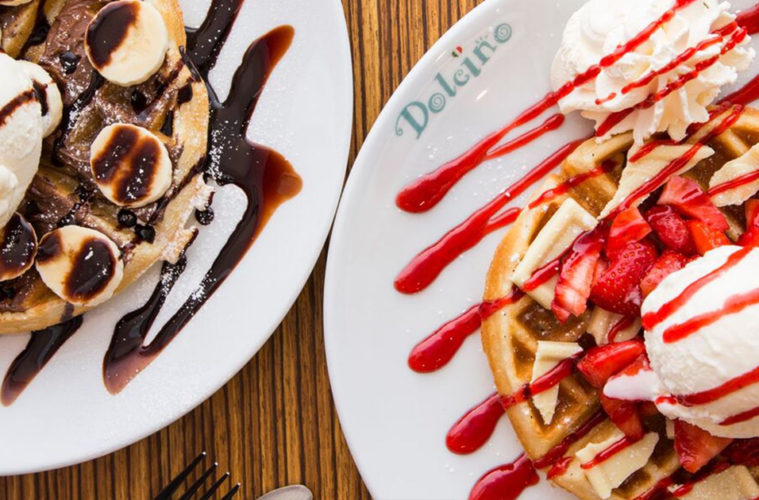 Gelato joy in Loughborough is guaranteed if you pay a visit to Dolcino, an Anglo-Italian family-run gelateria café concept in the town centre.

Based at 4 Cattle Market, next to the Town Hall, the 90-cover establishment serves authentic, artisan gelato, freshly made in store. It is being run by gelato experts Francesco Arcadio and his wife Kirsten. The Arcadio family has an impressive history of making gelato and operating café bars dating back to 1950s in Italy.

Diners can expect traditional flavours such as Cassata Siciliana (a traditional sweet from all areas of Sicily) and Pinolata (a lemon and chocolate Sicilian pastry). But Dolcino has also produced exciting new gelato flavours, including Twist on a Twix, Chilli Chocolate and Salted Caramel, and Hazelnut and Avocado. Customers who want to experiment with their own gelato mix, can ask the Dolcino experts to blend their choice of flavours to create something bespoke and brand new. There is a viewing window into the gelato lab where customers can see gelato freshly made every day.

Dolcino provides gelato in all guises. Try the Freakcone, a giant, mouth-watering, cone loaded with gelato and sprinkles of your choice. Mouth-tinkling flavours, such as Black Forest Gateau, Toffee Popcorn, Mars Bar Magic, or any other combination the customer asks for – are served oozing over a gelato cone.  Or maybe you’d prefer a FreakShake or a Sundae. Whatever it is, Dolcino caters to a wide range of tastes. There is also a premium selection of crepes, waffles, burgers and panini sandwiches, all hand- made in store. Locally sourced ingredients are used where possible in addition to GF and vegan options and own blends of coffee roasted on site. Look out for the 10 percent year-round student discount in addition to Waffle Wednesday half price discounts and meal deals, details of which can be found on Dolcino’s social media, Facebook and Instagram.