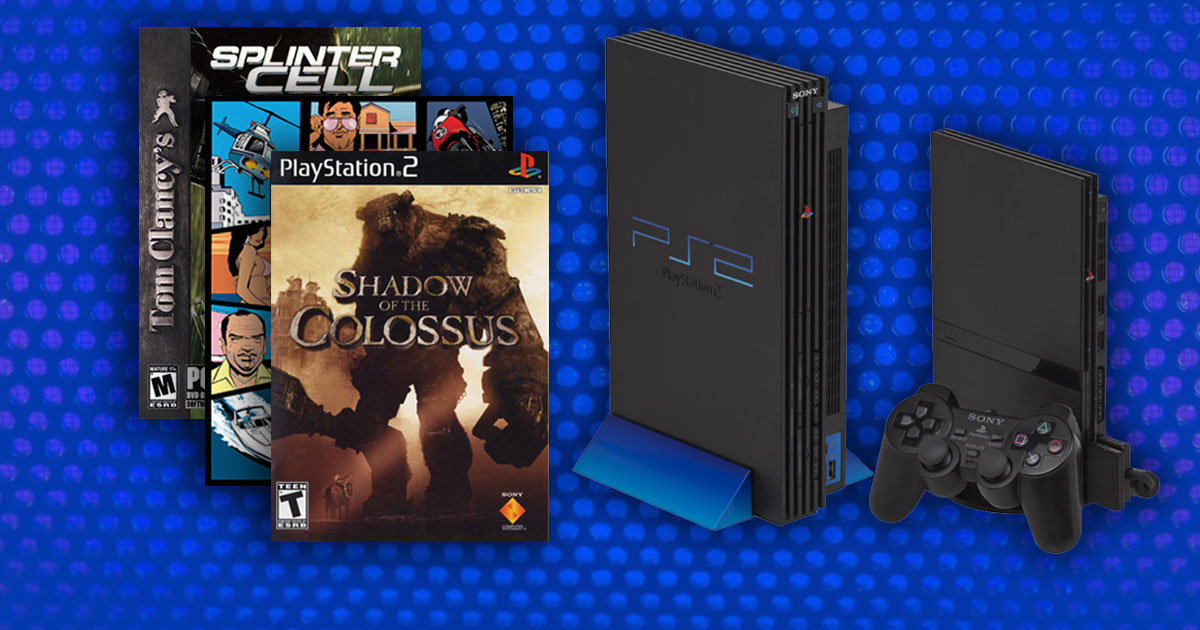 2020 sees the PlayStation 2 celebrate its 20th Birthday! Whilst it can’t yet drink in some states in America, two decades of the system is still something to cheer about. To commemorate one of gaming’s best ever consoles, here are the top 5 PS2 games that the system has to offer.

Although Sam Fisher started life on the Xbox, he subsequently made the jump to PlayStation. The first entry revolutionised stealth action gameplay, and on the third attempt Chaos Theory perfected the formula. Sam had to hide in the shadows waiting to pounce on his prey. Standing in the light made him visible to his enemies, but concealing himself in the darkness made him invisible. The player also had to take into account the amount of sound that they made, as running around would alert guards to Sam’s presence, so a slower more methodical approach was required. The gameplay loop of watching enemies’ patrol patterns, avoiding detection and taking out guards after meticulous planning never felt so good. It also helped that Chaos Theory looked fantastic, but regardless, Chaos Theory is still a game that can easily be enjoyed today thanks to the way that it plays.

GTA 3 took a 2D game and created the blueprint for 3D open world games going forward, and GTA San Andreas made everything bigger and better. Either one of these games could have been on this list. Whilst GTA Vice City was not as revolutionary as 3 or as comprehensive as San Andreas, it deserves to be remembered as one of the greatest games of the era. What sets Vice City apart from other GTA entries and many other games is its 80s aesthetic. Vice City is a colourful, sunny, and neon soaked playground, complete with sandy beaches and palm trees. The game evokes massive nostalgia for the 80s and perfectly taps into the culture of the era, which is overtly apparent in the local radio stations that blast out a fantastic soundtrack of 80s hits.

Resident Evil 4 was originally a timed GameCube exclusive, but eventually came to the PS2. For PlayStation fans it was well worth the wait. RE4 took the survival horror roots of its predecessors and injected it with a massive dose of action. The slow movement and fixed camera angle were replaced by an over the shoulder view, and the ability to aim more precisely. Gone too were the zombies, replaced with infected villagers in a creepy East European setting. Whilst RE4 dialled back the survival aspect of the series somewhat, it still made for a tense playthrough, perfectly blending a more action approach with that feeling of being overwhelmed. RE4 remains the pinnacle of all of the entries to attempt this style, and still holds up very well even today – a true mark of a great game.

Shadow of the colossus

Shadow of the Colossus is a breathtaking game which is almost completely devoid of story in its traditional form. You play as Wander, and atop your trusty steed must traverse a land bereft of human life or civilisation in order to hunt down 16 colossi. These Gargantuan creatures serve as boss battles and are a puzzle in their own right. The player must find their weak spot in order to defeat these giant foes. Colossus feels light on content on the surface, but the lack of interaction with others leaves a powerful mark as players are left to reflect on their actions and wonder about the world they are exploring. In a medium that is constantly feeding the player exposition, from cut scenes to diary entries left by NPCs, the game’s decision to allow the player to think for themselves is a welcome change. Even back on the PS2 the controls were deemed cumbersome, taking a shine off this masterpiece, however, there is a full remake on the PS4 that allows new players to experience this classic in a more modern aesthetic.

After fan backlash against Metal Gear Solid 2, and the game’s switch from Snake to Raiden, MGS3 set about doing everything right. Snake wasn’t technically back, as the game saw the player take control of Big Boss, from whom Snake is a clone of, but his name is still Snake as his code name is Naked Snake instead of the well-known Solid Snake. Phew. As you may have guessed, the story in Metal Gear can often times be confusing and convoluted. MGS3, however, stands as one of the best examples of a story in a Metal Gear game, and one that manages to thread an emotional through-line about Snake and his mission to possibly have to tackle his mentor and potential defector Big Boss (yes ANOTHER Big Boss, don’t get me started again). The personal stakes help ground this grandiose story, but as is usually the case, it is the gameplay of MGS3 that truly makes this game remarkable. Set in a back-drop to the cold war, Snake must sneak his way through vast jungles, camouflaging himself in the process, all whilst taking on soldiers, the local wildlife and some of the best bosses the series has ever had.