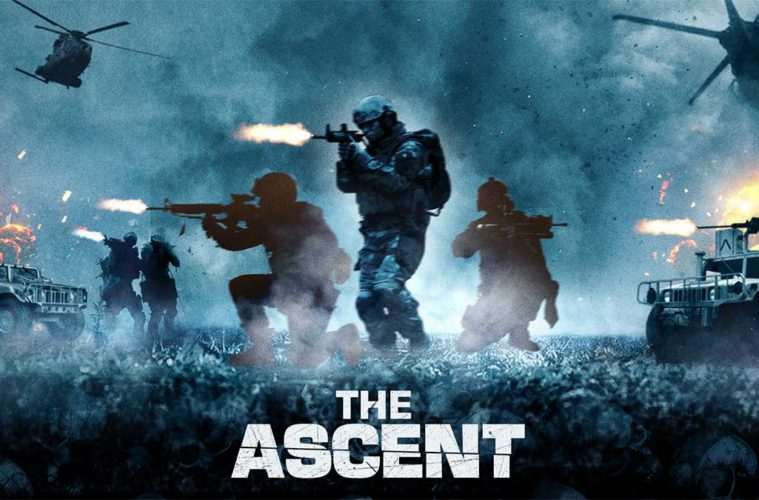 Grab your Oculus headset at 7pm BST and tune in via the AltspaceVR app for a full immersive experience, or purchase in HD on BirdBox.Film

London, UK, 12 June, 2020: From 7pm BST tonight, British indie title The Ascent (known as “Black Ops” in the US) will be available exclusively on BirdBox.Film. Alongside the exclusive launch it will be the first film in history to have its premiere in virtual reality. This will be part of AltspaceVR’s “The VR Film Festival”, with film fans being able to tune in via the AltspaceVR app.

This groundbreaking premiere will include a Q&A with director Tom Paton, cinematographer George Burt and IndieWire’s executive editor Eric Kohn. To access the premiere, film lovers simply need to log into the AltspaceVR app and have access to an Oculus headset or similar.

The Ascent follows a group of mercenaries, who are sent to Eastern Europe in the middle of a civil war to retrieve intel. Shortly after the mission, the unit find themselves trapped on a never-ending stairwell; forced to climb or die. To survive, they must revisit their past sins if they ever want to get off. It blurs the lines of action and horror, creating a visually unique cinematic experience. Practical effects, bone crunching fight sequences and existential dread are combined with time travel and big questions about the repercussions of violence and consequence. This was Tom Paton’s third film to premiere at the prestigious FrightFest film festival in London in August 2019.

BirdBox.Film, the UK streaming platform of choice for the premiere, is a branch of Goldfinch and recently started life with three channels of curated content for TVOD. It works to support young filmmakers and talent and this exclusive digital screening of The Ascent will mark the beginning of their expansion into horror and Sci Fi.

Never one to rest on his laurels, Paton has announced that his fifth film and third with Goldfinch, “G-LOC”, is in post-production. Little is known about the film but it is set to star Stephen Moyer (The Gifted, True Blood), Tala Gouveia (Cold Feet), Casper Van Dien (Starship Troopers), John Rhys-Davies (Lord of The Rings, Raiders Of The Lost Ark, Aquaman). Ward, Osmond and Wallace will also return for the film.

Coventry based production company Mosley Studios and London production financiers Goldfinch have joined forces to bring this British Indie film to audiences in a groundbreaking yet safe way during the pandemic. With distributors and filmmakers seeking ways to keep their release schedules on track, and festivals such as We Are One are seeking to unite film lovers during this difficult time, VR may offer a new alternative. Despite the technology itself not being new, designing cinemas in virtual reality could allow those who aren’t able to walk the red carpet in person to share the experience as part of an online community. This will invite some of the 171 million active users of VR (February 2020 stats) to meet like-minded fans, chat freely and enjoy the social experience together.

‘The Ascent’ is being released this Monday on the following platforms: iTunes, Amazon, Sky Store, Sony, Xbox, Google Play. 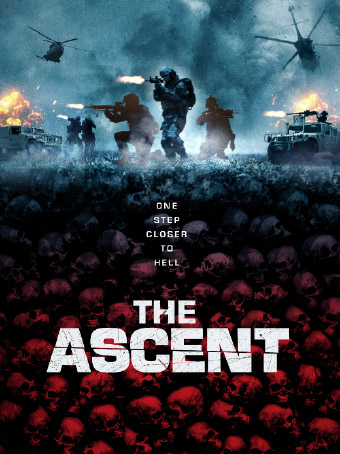