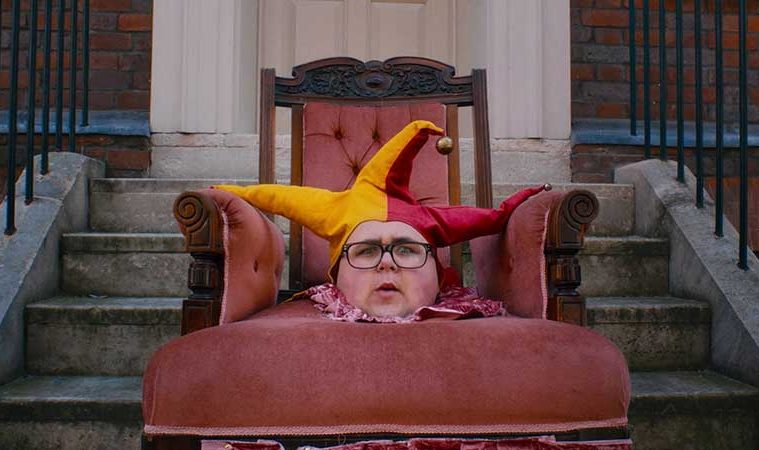 The awards celebrate students across six categories for the best audiovisual work created at both undergraduate and postgraduate level including Animation, Comedy & Entertainment, Drama, Factual, News and Short Form. To reward excellence in craft skills, awards were also presented in the following categories at the judges’ discretion: Camerawork, Editing, Production Design, Sound and Writing.

This year, the winning entries came from students at 13 universities and institutions across the UK. Students from the National Film and Television School led the way with six wins, followed by IADT Dun Laoghaire with three wins, and both UCL and the University of Edinburgh took home two awards.

Siobhan Greene, Managing Director, 110% Content and Chair of the RTS Student Television Awards, said: “The juries this year had hard decisions to make, narrowing down a line-up of inspiring creative entries from all over the UK. We are proud to recognise and celebrate the talent coming into the industry this afternoon. Congratulations to all the winners”

Please see below the full list winners and nominees:

“The jury were blown away by the strong acting and performance. The film’s animation very much reflects these performances. As with the best ever animations there’s an amazing attention to detail. Post Aardman with lots of in-jokes and strong rich touches. Delivered the criteria of the competition with impressive results.”

“Very accomplished and hugely enjoyable. The touch of surrealism took us on a great journey with a clever use of cycles which drew us in and then surprised us. Very well paced and as a result it’s a film that doesn’t outstay it’s welcome with its beautiful observations. We knew what they were saying even though there were no words. Very playful and colourful, with brilliant production design. The ambitious crowd shot view blew us all away. A superbly funny trip to the beach which left us with sand between our toes.”

“The jury unanimously loved this creative, funny, stand-out work. Brilliantly shot, with impeccable detail throughout, and a first class edit. This had us all laughing out loud and the Jury was so impressed. The song is a hit and Biggy is a star.”

“The jury’s attention was grabbed by the very unusual concept and full of admiration that the work wasn’t afraid to be bold.”

“Starry Night had a wonderful playfulness, strong performances, with a compelling non-linear narrative that really stood out.”

“Ufo is a wonderfully original and offbeat film, unanimously praised for its unexpectedly moving and poignant story, told with real visual boldness and wit. The balance of surrealist animation, a deceptively emotional script, endearing characters and quietly truthful performances made this a real stand out for the panel.”

“The jury found this film very moving and honest; it was brave and the filmmaker had cleverly woven the storyline throughout the story. Felt like this could be transmittable.”

“The judges were unanimous in praising this film as “perfectly told”, plotting an emotional story tightly and subtly – with a lyrical power worthy of a feature film. This was a story with resonance at all levels – whether about family, society, class or gender. It left you caring deeply for the young girl at its heart.”

WINNER – It Takes All Sorts – Katya Fowler (University of Leeds)

“A convincing investigation with consumer journalism as its beating heart which was cleverly storyboarded and creatively filmed and edited. Fine on-screen presentation encouraged the viewer to pay full attention to what is inside that next cup of herbal tea.”

“A powerful story packed with suspense and drama that took viewers on a very touching personal journey. This poignant tale of one family’s flight from the war in Syria to the supposed sanctuary of Europe, chronicled retrospectively through the lens of their young student journalist son, was a rollercoaster ride of raw emotions. A stand-out piece of first-person journalism.”

“This film looked great with some beautiful shots. Pacey and well put together by an interesting filmmaker, this film felt visceral and inventive and was very accomplished.”

“The jury thought this film had a great story at its heart and a nice range in set ups. It looked great and all in all, very well executed. “

“Beautifully shot with great use of light to create a brilliant atmosphere. The locations were perfect and enhanced by great camera work. Simple framing, haunting score and shots allowed to play out. Simple but effective.”

“Exceptional filmmaking.  The way the narrative unfolds is captivating and thought provoking.”

“Funny, loved the setting of the film. Great production design and art department. Good colours and lighting. Great detail in the set. Great soundtrack that helped to tell the story.”

“Loved the strong use of colour, the red elements in the costume, curtains, doors, blood which brought this together so cleverly. All of this complimented the locations and brought everything together.”

“A well thought out script that allowed you to feel the story & not get lost in the use of time.”

About The Royal Television Society:

From glamorous award ceremonies to lively debates, the RTS embraces all aspects of television, and is open to anyone with an interest in the medium.

As an educational charity, we encourage and celebrate work in television and its related fields, from finding out how the nation’s favourite shows are made in our Anatomy of a Hit series, to celebrating burgeoning talent at our annual Student Awards.

The industry’s most talented individuals give us an insight into the work that goes into making cutting edge contemporary TV. From Government ministers and CEOs to workshops with great runners, our events look at every part of the business.

Each year, we offer Television Production and Technology bursaries to help those from less affluent backgrounds get a foothold in the industry, and Masterclass sessions bring together students, academics and industry heads.

Global television leaders gather to discuss what the future holds for television at our London Conference or the RTS Cambridge Convention.

Alongside our engaged community of over 5,000 full members, the Society is supported by Britain and the world’s biggest broadcasters, producers and consultants, including Principal Patrons BBC, Channel 4, ITV and Sky.

Originally founded as the Television Society in 1927, the Society was granted its Royal title in 1966 and HRH The Prince of Wales became Patron of the RTS in 1997.

Today, 15 regional and national groups curate lively events and awards around the UK and Ireland, from Glasgow to Galway.

RTS Futures, which is aimed at those in their first two years of employment, organises an exciting roster of discussion, training and social occasions. Recent events have included workshops on learning how to format shows and how to survive as a freelancer, and expert panels explaining how to be the best researcher and how to make it on-screen.

Motion Content Group invests in premium content to create value and opportunities for partners and advertisers combining entertainment, media and advertising.  Motion uses its expertise, innovation and global infrastructure to fund, develop, produce & distribute both owned and third-party licensed content. Partnering with the world’s leading producers and distributors to deliver premium content to networks and platforms, supporting their editorial, creative and commercial requirements.  Headquartered in London and Los Angeles, Motion currently operates in over 30 countries worldwide and has a broad range of award-winning programming distributed globally.