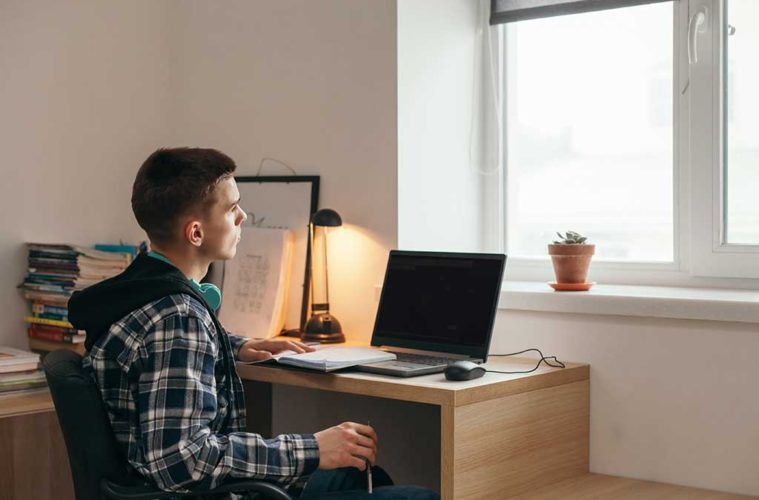 ANXIETY AS HALF OF LOCKDOWN STUDENTS FEAR PREDICTED GRADES LOWER THAN IF THEY HAD TAKEN EXAMS, SURVEY REVEALS

Student insurance providers, The Insurance Emporium, recently surveyed* 1000 students who were in further and higher education at the time of lockdown to see how they really felt about the unprecedented situation of their exams being cancelled due to the COVID-19 pandemic.   Over half of the students (51%) in the survey felt they would have got higher marks had they been able to sit the exams rather than receiving predicted grades.  The vast majority (71%) had been planning to ramp-up their grades by doing extra revision in the final weeks leading up to the exams.  Lockdown put paid to these plans, of course, leaving over half (53.5%) wishing they could just have sat their exams to get their ‘real marks’.

40% of the students said they felt ‘robbed’ that they had missed the chance to sit their exams but 29% were ‘grateful’ to not have to go through the exam process.

Whilst a minority of the students felt lucky and relieved to be receiving predicted grades instead of having to actually sit the exams (17% even agreed that they had ‘dodged the bullet’) a quarter were nevertheless left feeling anxious by the situation, with over a third left feeling they would now be unable to prove themselves (36.6%) and unable to fulfil their potential (35.4%) as a result of the exams having been cancelled.

Almost a quarter (24%) of the students were planning to repeat the academic year, and to re-sit their 2020 exams in order to get the grades they felt they had worked for and deserved.

Whilst this survey suggests that students are not averse to taking exams so as to get a real reflection of the work they have put in, the overwhelming majority (68%) of students did not think exams were the best way to show what they were capable of in any case, with 68.5% saying that coursework was a far better way to test their ability.

“This survey reveals how hard-working students in the survey seem to be – having put in so much effort over the course of their academic studies, it is perhaps unsurprising that many seem a bit jittery about their predicted grades now, and I really do wish these hard-working young people all the very best as they move forwards to their next chapter post lockdown.

As an insurer who provides student insurance, we provide flexible, user-friendly insurance – similar to home contents insurance but designed specifically for those studying in full-time education away from home.”