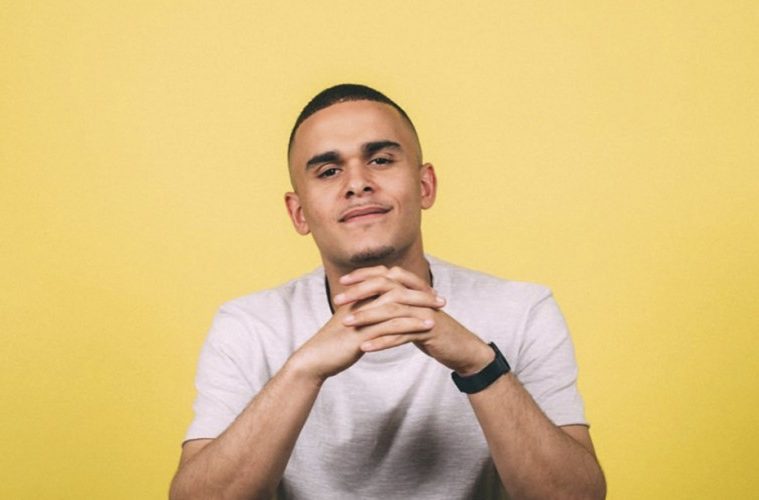 London, 3 June 2020 – The Royal Television Society (RTS), Britain’s leading forum for television and related media, has announced BBC presenter and reporter Ashley John-Baptiste as its first ever ambassador for the prestigious RTS bursary schemes, which support students in the field of broadcasting and entertainment. This year the RTS will be offering an unprecedented 40 bursaries across its two schemes: The Technology Bursary and The TV Production and Journalism Bursary.

In his role as ambassador, Ashley will champion the scheme and motivate students looking at a career in the Television sector, provide his support and share his experiences with current and future bursary students, as well as joining the Education Committee.

Ashley John-Baptiste is an RTS nominated BBC broadcast journalist and Digital Senior Reporter for BBC News. He began his BBC journalism career as a reporter for BBC2’s Victoria Derbyshire programme covering the Grenfell disaster and making original BBC films on issues including interfaith foster care, bullying, and racism on UK university campuses. Originally from South London, Ashley grew up in the foster care system and went on to win a place at Cambridge University reading history. He successfully competed in ITV’s X Factor as a member of The Risk but chose to leave the music industry to instead pursue a career in media. Ashley co-presents For Love or Money for BBC1 and he has co-hosted The One Show and is part of the regular reporting team. He is committed to using his story as a tool to motivate and propel others to face their challenges with a sense of optimism and triumph. Ashley was shortlisted for the RTS Young Talent of The Year 2018 award.

Theresa Wise, Royal Television Society CEO, said: “Ashley’s enthusiasm and drive for a more diverse industry aligns completely with the values and ethos of the bursary schemes, and our collective aim to raise the aspirations of individuals who have more difficult starts in life and give them an opportunity to be supported as they embark on the path to working in the broadcasting industry. We are delighted Ashley is on board as an ambassador and look forward to working closely with him on this programme.”

Ashley John-Baptiste, said: “As a looked after child who was shunted between homes, I never had high hopes for my future. Nevertheless, here I am, with a career in broadcasting. I am so thrilled to be the first ambassador for the RTS Bursary Scheme because I am passionate about the fact that broadcasting should consist of people from all walks of life.”

The 2020 bursary scheme launched in February this year and is accepting applications until 30 June 2020. Eligibility this year has been extended to include students taking Higher National Diplomas at level 5 or 6 in Television, Film Production, Journalism or other related subjects for the Television Production and Journalism bursary, and for relevant subjects such as Computer Science, Engineering, Maths or Physics for the Technology Bursary.

The number of bursaries offered in 2020 will reach 40 across both schemes, with STV matching its commitment from last year and generously funding 10 further bursaries for the 2020 intake.  All3Media and the Steve Hewlett Memorial Fund also contribute to the bursary schemes. To date, the RTS has 162 bursary students and graduates, with the schemes running since 2014. For more information on eligibility please visit:

About The Royal Television Society:

From glamorous award ceremonies to lively debates, the RTS embraces all aspects of television, and is open to anyone with an interest in the medium.

As an educational charity, we encourage and celebrate work in television and its related fields, from finding out how the nation’s favourite shows are made in our Anatomy of a Hit series, to celebrating burgeoning talent at our annual Student Awards.

The industry’s most talented individuals give us an insight into the work that goes into making cutting edge contemporary TV. From Government ministers and CEOs to workshops with great runners, our events look at every part of the business.

Each year, we offer Television Production and Technology bursaries to help those from less affluent backgrounds get a foothold in the industry, and Masterclass sessions bring together students, academics and industry heads.

Global television leaders gather to discuss what the future holds for television at our London Conference or the RTS Cambridge Convention.

Alongside our engaged community of over 5,000 full members, the Society is supported by Britain and the world’s biggest broadcasters, producers and consultants, including Principal Patrons BBC, Channel 4, ITV and Sky.

Originally founded as the Television Society in 1927, the Society was granted its Royal title in 1966 and HRH The Prince of Wales became Patron of the RTS in 1997.

Today, 15 regional and national groups curate lively events and awards around the UK and Ireland, from Glasgow to Galway.

RTS Futures, which is aimed at those in their first two years of employment, organises an exciting roster of discussion, training and social occasions. Recent events have included workshops on learning how to format shows and how to survive as a freelancer, and expert panels explaining how to be the best researcher and how to make it on-screen.