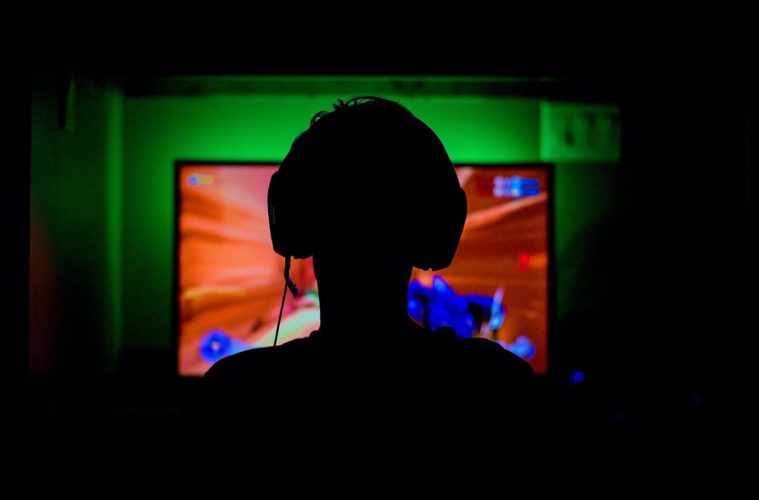 Modern video games are not very constrained and are designed to accommodate every type of device and form factor which makes it quite easy to find video games that retain their quality while playing on your PC as well as on a laptop.

In this guide, we will discuss several older games and newest titles that won’t melt your processors. Since the video games category is extremely broad, some slot video games, such as Razor Shark demo slot by Push Gaming can also fit in this category. Nevertheless, most of the games covered are ideal right of the box while others can use lower settings based on the type of hardware you have on hand. You just have to at least make sure you are running a dual-core CPU, an Integrated GPU, and around 4GB RAM.

Developed by Night School Studio, Oxenfree is a supernatural thriller game featuring teenager characters who are trapped on an island. The animation and graphics are designed by Disney alumni in a minimalistic way which makes it easy to retain its quality when playing on both laptop and PC.

The gameplay is unique in the sense that there is a whole storyline, but there are instances where the scene will play out in other times when you are in full control of the narrative. You play as the protagonist Alex, and the main mission is to find ways to close the spirit gate which the kids accidentally opened. The spookiness of the game is quite thrilling, and although the puzzles are challenging, they are not too hard.

Poly Bridge is another puzzle game that is powered by Dry Cactus. The goal of the game is to construct a strong enough bridge to allow you to transport a vehicle from one side to the other. The developer has ensured that the game fits the Switch console, thus scratching a puzzle itch we never knew we had. The game features a pointer system which is highly compatible in a big screen, and it is no doubt that the Poly Bridge on Switch has a largely successful port of the PC version which also remains functional while playing on a laptop.

The gameplay is seamless, and it allows you to switch between the grid-based building mode and playback. You also have the option to speed up or slow down the simulations. Although the game has a sequel, we would recommend the original if you are looking for a video game that you can easily play on your PC as well as your laptop.

Faster Than Light is a real-time strategy game developed by Subset Games. The game mixes strategy, skill progression, and exploration into satisfying gameplay. You are given God-like control over a Federation spaceship where your mission is to hand over ‘data’ to the Federation. You will encounter rebel fleets which you have to ensure that they don’t catch up with you. Your ships have five systems, including Engines, Sheilds, Oxygen, Medbay, and Weapons which are controlled by your crew.

The battle takes place in real-time, but you still have the option to pause to help you strategise and give your crew commands. The quality of the ship you start with plays a crucial role since you can unlock multiple ships and variant during gameplay, but you have to stick to the one you started with.

Disco Elysium is a role-playing video game powered by ZA/UM. The game starts out with you waking up on the floor of a hotel room extremely hangover with no idea of who you are or how you got there. Apparently, you are a detective and was assigned to solve a murder in town. As you start working to solve the murder, you start remembering things about yourself.

The game has 24 skills ranging from perception, logic, and reaction speed to endurance, among others, all which impact how the gameplay evolves. There are also stats, quests, companions, and an interface that is motivated by classic Infinity Engine CRPGs and tabletop role-playing games. If you value freedom, depth, storytelling and customisation, Disco Elysium is definitely among the finest RTGs on PC and it still remains functional when playing on a laptop.

Developed by Swedish Studio, Mutant Year Zero: Road to Eden is a turn-based tactical role-playing video game. Unlike most grid-based tactic games, such as Phantom Doctrine and XCOM 2, Mutant Year Zero cuts off some strategy game ideas by alternating within exploring areas in real-time and some familiar tactical combat.

The one drawback of this game that is worth mentioning is that it can get confusing trying to figure which buttons are tied to which keyboard functions, especially when you alternate between devices. Although it needs some time getting used to the buttons, over time, the Mutant Year Zero: Road to Eden game will break new and exciting grounds where you will get to explore gameplay that blends real-time stealth and true-and-true tactics gameplay.

Developed by House House, Untitled Goose Game is a puzzle stealth video game where you will assume the role of a pesky town goose. The game implements both stealth and puzzle elements, and it draws its inspiration from the Hitman series and Mario 64. Although the gameplay is short, it packed with tons of laughs and simple pleasures.

You will not only get to be a goose but an annoying one where you are to clear off a hand-written checklist of the mischiefs you are required to accomplish. The foul deeds can range from stealing food for a picnic to scaring children away. Once you complete the checklist for one area, a new path will open with a fresh checklist and new set of unsuspecting victims.

Developed by Dennis Wedin and Jonatan Soderstrom, Hotline Miami is a top-down shooter video game that not only represents the previous generation but has also been designed to fit modern gaming. In terms of gameplay, it has a close comparison to a turn-based strategy such as XCOM and a top-down shooter such as coin-op classic Smash TV.

The game is cut into chapters, and each chapter has several stages. You play as the unnamed protagonist who fans refer as ‘Jacket’. You will start every stage unarmed, and you must use stealth until you find a gun or melee weapon. You will also have the path to masks which comes in handy in getting through stages. The goal for each level is to gruesomely annihilate all the bad guys in your location.

Developed by Subset Games, Into the Breach is a turn-based strategy video game. The gameplay takes place on small maps of 8×8 grids. Your main purpose is to stop giant monsters called Vek who are threatening the earth. You are assigned an ‘army’ with three ‘mechs’, and the focus is more based on protection rather than destruction.

Unlike other strategy games which require long-term construction and resource management, in Into the Breach, you get to live moment to moment. The matches here only last 10 minutes, and as you begin your gameplay, you are notified in the exact endangered buildings and mechs. And at the end of your turn, you will know those that you managed and those that you didn’t save. Compared to FTL: Faster than Light gameplay, this game is impressively fair since there are no random events that unexpectedly handicap you. On the contrary, with Into the Breach, every situation is winnable.

Developed by Sierra Studios, Half-Life Series is a first-person shooter game that is developed by Valve, and it is incredibly amazing how the game is compatible with both laptop and PC operating systems despite having been released 20 years ago. However, compared to modern standards, Half-Life is very basic. The levels are persistently scripted and linear, with occasional semi-secret areas. You also don’t have the privilege to modify weapons or upgrade gear.

Nevertheless, you will easily realise that the gameplay is quite different as the game rewards achievement instead of completionism. When it comes to internet play, this game can be quite troubling, but there is a built-in server list that lets you find free servers quickly.

Darkest Dungeon is a role-playing video game that is developed by Red Hook Studios. The game features two types of gameplay: exploration-focused dungeon crawls and turn-based combat. The game begins with the discovery that you have inherited a manor from a relative who lost his mind. You then come to discover that the reason he lost his mind was that he had uncovered unspeakable horrors surrounding the manor.

Your main aim is to keep the manor in order while trying to remain sane. You have the power to hire characters of various classes and buy resources to build the surrounding village. Each character only has four skills available at any given time, and they do not level up as in a traditional RPG, rather they gain ranks as they go on adventures.

The mentioned games are among the best online video games whose quality does not change on both laptop and PC. Some are traditional while others are modern and depending on your preference, you are sure to find a game that won’t melt your processors.