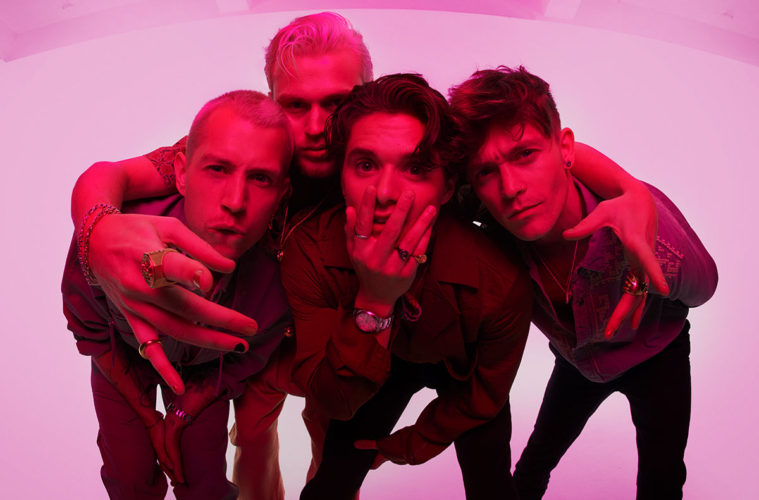 The Vamps on their comeback, new album & tour

The Vamps front-man: Brad Simpson talks to us about the band’s comeback, new album Cherry Blossom, fresh style, and how the 8 years they’ve spent together has been a huge learning curve…

It’s great to hear you guys are back on the scene and we eagerly await your upcoming album Cherry Blossom. Can you talk us through the album as a whole, what does it represent?

It’s lovely to be back! The album represents rebirth and fresh starts. It’s been two years in the making. A lot changes in your life as a band, and as an individual – Cherry Blossom really encapsulates all of that. The music is a progression and really representative of where we are, we’re immensely proud of it.

One of the YouTube comments on the video to your latest track ‘Chemicals’ reads: “This album is already their best album just from their first two singles”. Do you agree with this statement and can you elaborate on your reasons?

I think it is! I’m sure every band says that for every new album, but I genuinely believe it is our most honest, progressive album yet. Purely because we’ve had time to graft on it in a way we haven’t since the first one really. You need space and time to be creative and try things, realise it’s terrible and go the other way so you land on something that feels like the beginning of an album.

‘Chemicals’ is simply brilliant. It captures your attention immediately and is so pleasing to listen to – what influenced this track and new style?

The guitar riff was the first thing that I wrote and then I, LostBoy and Tom Mann ended up building everything around it. These dirty in-your-face sounds and lyrics emulated that. This song genuinely really sparked the sound for a lot of the album.

‘Married In Vegas’ is such a superb and epic song. There’s a brilliant contrast and breakdown in sounds, layers (which keep building) and your voice has a real edge to it. I want to listen to it over, and over – I can imagine the crowd going CRAZY to this! Which track from your new album are you most looking forward to performing live?

Ah, thank you very much, very kind! Yeah, I think this one, the energy and the tempo is gonna make it so fun live. God, I miss live shows!!

Due to the pandemic having stopped most live public events, what is the plan with the touring side of things for The Vamps?

We ultimately have to heed the advice of the government and we want to make the right and safe decision at the right time. Live music has been such a huge miss, for bands and fans, it really lifts spirits during hard times so we’re itching to be gigging as soon as we can. 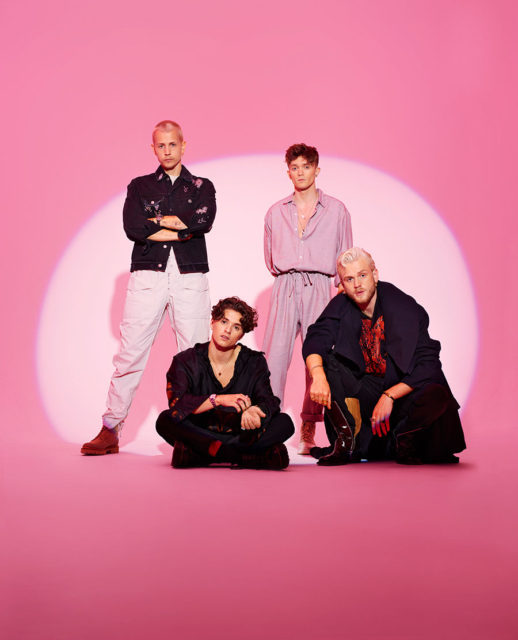 There are a lot of fans commenting about The Vamps being underrated – what is your opinion to this?

Haha, I don’t really know, we’re very happy with where we are as a band! Our fans are f*cking awesome though, we’re gonna keep releasing music for us and for them, and what will be, will be!

How would you describe your 8 years of making music together as a band?

A learning curve, we spend more time with each other than we do with anyone else, over the course of touring and studio etc. We’ve got to a place of understanding of one another’s process, and knowing how to best enhance it. This album has more-than-anything been the most fun to write, we’ve had this unified vision and goal that we set out to achieve.

What has been the best performance of your career so far?

We played a show in India at the Global Citizen festival and it was a really really special night. There were so many incredible artists on the bill but also the crowd was just immense – it went on and on. They were also really receptive. As a band going into a crowd that isn’t solely ours – it’s like a challenge to make as big an impression as possible, and that can either go well or not haha, but that night everyone was involved and up for it. Also, it being such a great cause you feel very honoured to be a part of it. Loved it.

I think we’re at a really crucial part, we’ve really found our voices as musicians and artists and know exactly where we want to be, and want to go. Experimenting with sounds, looks and style has been the most liberating thing, and was needed for us as a band. Once you do it once, I feel like your eyes are wide open and you want to never say no to anything ever again, “shall we sample this tub of Nutella and turn it into a tune?” Absolutely yes. So that’s where we’ll be heading, pushing the band as far as we can see it going.

Our manager was proposing us working with a new person, and he was like a dog with a bone and wouldn’t stop going on about him, to the point that on the album he has a little homage 😂 you’ll have to wait and listen to see where it is x

The Vamps today announce The Cherry Blossom Tour for 2021.

The shows will see The Vamps perform songs from their brand new upcoming album ‘Cherry Blossom’, due for release on October 16th, alongside a selection of their greatest hits.

The tour dates announced today are:

More tour dates around the world will be added next year.