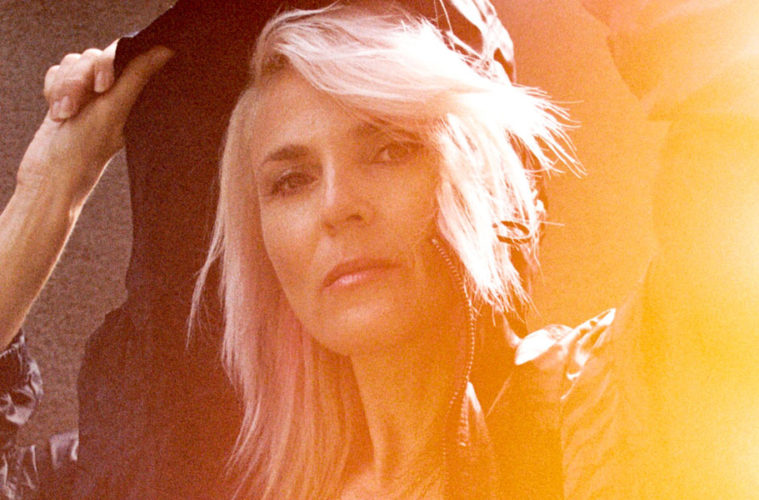 Faithless. Are. Back! Sister Bliss a.k.a. Blissy is the bearer of good news with ‘All Blessed’, the first album in 10 years to be released by legendary band Faithless, later this month.

I am so happy about not only having the amazing opportunity to ask you questions, but that Faithless are back to bring hope to 2020 and beyond! As it’s been a while since we’ve heard from you, I’d like to first ask – how are you keeping?

Very well, thanks for asking!

Your latest track Synthesizer (feat. Nathan Ball) is just pure class. I’m sitting in my garden listening to it as I write these questions. The sun is shining, and it makes me want to party! The video is really cool, too! Is there a deeper message to the video other than it just looking really cool?

Yes, the song is a little tongue in cheek but also a comment on the technological age we are living in, and mediating our whole lives through – and that sometimes we love our gadgets more than each other, and it’s about relationships being quite transactional and leaving us feeling empty and lonely. The video is a bit surreal – and alludes to that sense of a dystopian future – and a little to classic movies like Fritz Lang’s Metropolis and Bladerunner.

It’s a brilliant and very futuristic video. One of the many talents Faithless have is producing timeless music – what’s the trick to making music which maintains its quality over the years even long after the song has been produced?

It’s hard to say what those magical ingredients are! But I hope part of it is making music that has an emotional core, and lyrics that have meaning which sometimes can sink in long after the euphoria, or drama of the music. We also love textures in our production, so there are lots of layers which you can return to again and again and hear something you didn’t notice before. I guess it’s also about trying not to be too obvious, with the sounds, and instrumentation we use, or the arrangement of the tracks too.

This Feeling (feat. Suli Breaks & Nathan Ball) is another brilliant track. I’d never have guessed it was a Faithless track if I didn’t already know. A much more chilled but funky/bopping kind of track with feel-good-vibes. Is it fair to guess that you might be tailoring your sound to a new generation of ears?

I love that collaborating with different artists has brought a fresh vibe to Faithless – and it is definitely more summery and uplifting than some of our music, but I don’t think it’s tailored particularly to anyone – it just expressed where we are in a particular moment. 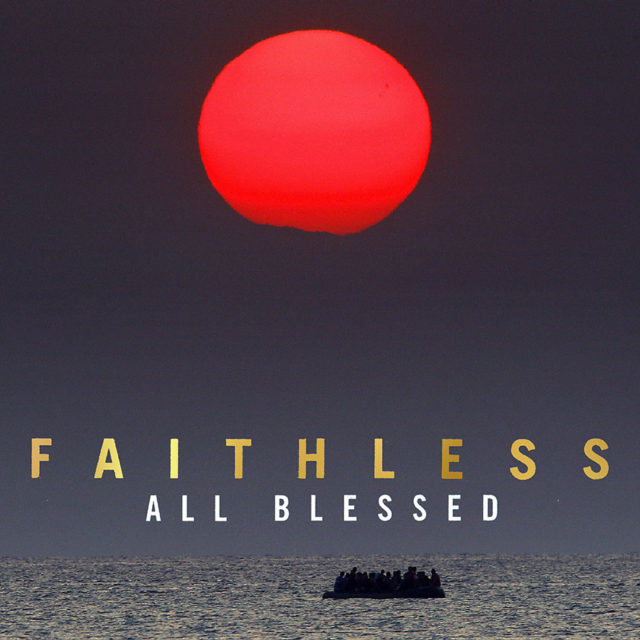 Nathan Ball and Suli Breaks feature on quite a few tracks from your latest album All Blessed, how did these collaborations come about?

Rollo met Nathan through our management – they were writing together, more acoustic led songs and Rollo thought Nathan’s voice would work really nicely over a more electronic background. He was really up for it – and with his guitarist Max Rad did some amazing work on the album, not least on the single Synthesizer. I saw Suli performing on poetry slams and YouTube and we reached out as we really liked his tone, and his lyrical agenda. Like Maxi, he has really strong faith – and brings that sense of faith to Faithless.

The album features 12 new Faithless tracks – which are you most proud of and why?

I’m really proud of all them – and how they hang together and create a story – I think I Need Someone has a particular universality – that sense of yearning that is very Faithless, but also sits in its own amazing melodic space.

Are you able to talk about why Maxi Jazz is no longer in the band?

Maxi had taught himself guitar and fell in love with that medium – he wanted to explore songwriting from that perspective rather than as a rapper, so he wrote an album and formed a new band The E Type Boys around it. He felt he wanted to pursue that and see where it led him.

Will you work together again in the future?

I really hope so!

I am a huge vinyl fan and of the many thousands of records that I own, I purchased one vinyl twice, purely to keep one copy in mint condition.  That vinyl is Faithless Insomnia – the European Vacation Mix on Cheeky Records (Promo Copy). What’s your most precious vinyl?

Oh wow – I think my original test pressing copy of Analogue Bubblebath Aphex Twin is worth a bit.

I miss those days. Looking back, what moment in your career stands out as being the best era and why?

They’ve all been pretty amazing – maybe the early 2000’s around the release of our 3rd album Outrospective when we knew we had an audience, we were firing on all cylinders, no kids just yet – and we got to headline Glastonbury Pyramid stage – that year was a real sense of achievement, breaking into the public consciousness – though there was a lot of personal turmoil for me that year actually! Saying that, I hope the best moments are ahead – I like to look forward and hope that we can create something beautiful, connected and exciting again. 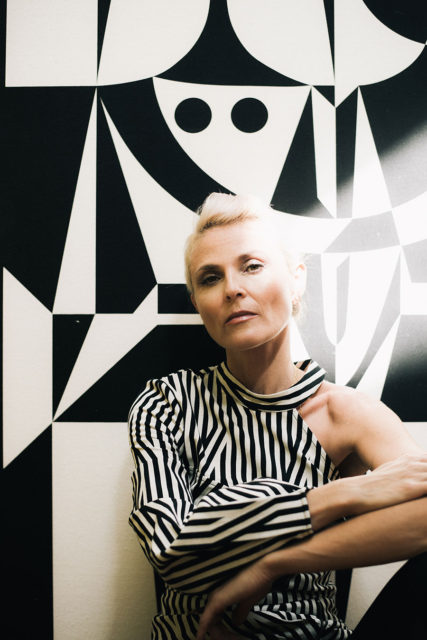 You obviously have your own artist name Sister Bliss – how important is it to you to have your personal brand which is separate to your band Faithless?

Sister Bliss has been my DJ ‘performance’ name for the longest time – I’m very used to being called Blissy – I hope it’s a mark of quality and assurance!! But I can’t say I have pushed “brand Blissy”…I just do my work and hope people don’t think I’m a nun….

What are your plans for 2021? Are you looking forward to getting back on stage and performing to crowds?

Well, our plans are rather dependant on the pandemic and how we can go about doing this again safely – but yes, I can’t wait to go out and perform again, and ultimately that’s what Faithless is about – the power of connection and the power of music to heal. I hope the government get a proper support package together for our industry right now – because to let it collapse would be utterly appalling and short sighted. Our world employs so many talented, dedicated people – and music events provide not just employment, but social cohesion and cultural capital on a global scale.

Your music has touched people globally, for decades. If you could look back over the years, and give one piece of advice to anyone out there with dreams of becoming a musician, what would it be?

Be true to yourself, work hard and have a decent amount of self-belief.

Faithless’s first album in 10 years All Blessed is out on 23 October on BMG. Buy / Pre-order at Faithless.lnk.to/AllBlessedPR

Synthesizer is out now: https://faithless.lnk.to/SynthesizerPR