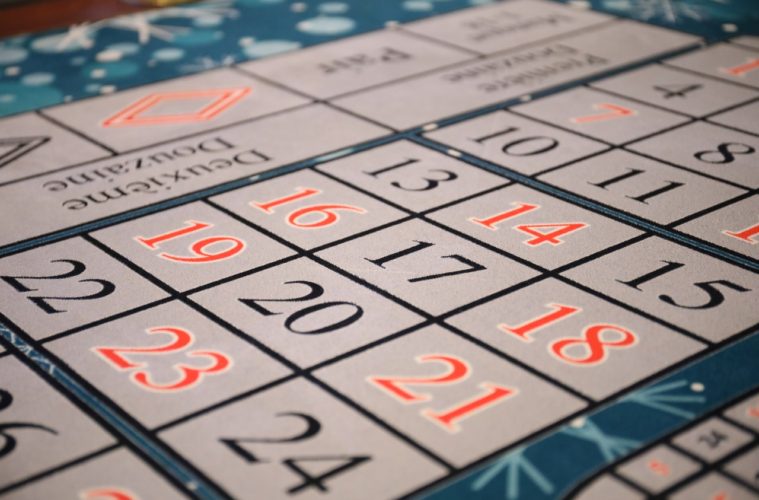 Playing Free Bingo? Get To Know Bingo Calls While You’re At It

Bingo Calls And What They Mean

What are bingo calls? Bingo calls are created and used for ease of clarification behind all the 90 numbers found on the board. You might think, is it necessary? Well, more than often, some numbers are easily misheard, especially from a distance away, like how 42 and 52 sound so similar. Therefore, the use of these nicknames is a great way to tell the numbers apart. As the popularity of bingo expanded, such nicknames also spread beyond London. Along the way, these nicknames transformed as they integrated local meanings as well as pop culture references. Good news for bingo lovers – you can play without spending any money. Without further ado, let us take a look at some of the bingo numbers and the meanings behind them.

Founded from the origin of hidden messages in U.K rhymes, the “garden gate” refers to either a meeting point or alighting point for gang members.

Inspired by the 1976 hit song from ABBA, 17 this number gets its association with the song track “Dancing Queen” as the opening lines referenced 17 with the following lyrics going “You are the Dancing Queen, young and sweet, only 17.”

The number 26 has an alternate name “bed-and-breakfast” due to its traditional cost being referred to as two shillings and sixpence which is also known as “half a crown.”

People from England use the English slang “tickety boo,” which stands for “good” or “in order”.

This number is no doubt easy to recall as the resemblance with legs is uncanny; the two ones practically look like a pair of legs.

As the shape of the numeral two resembles a duck, 22 is hence nicknamed Two Little Ducks. The numeral is also often called “quack quack” as slang.

This next one 25 takes a similar approach as 22. The numeral two represents a duck similarly, while the numeral five represents a snack, hence the term Duck and Dive so that you can escape away from the dangers of a snake. This number also utilizes alliteration which makes a convenient rhyme.

Since the numerals for six and nine look almost identical, except that they are flipped the opposite way, the number 69 is also frequently called “the same both ways”.

As the numeral seven resembles a hockey, 77 which contains two sevens are known as Double Hockey Sticks. Also, since seven is usually considered a lucky number, the number 77 naturally has twice the amount of luck. Some might call them “lucky sevens, “double sevens,” or even “two little crutches”, in terms of another visual prospect.

Likewise, the name Two Fat Ladies for the number 88 also takes into account the image. This is because the number eight depicts the curves of a bigger sized lady. Hence, 88 would mean that two large-sized ladies are sitting beside each other.

Based on Historical References

This meaning behind this call stems a long way back from World War II, as the British doctors used to hand out the pill, indicated as the number nine to soldiers who were not diagnosed with a particular condition. This pill acted as a powerful laxative that cleared the system of illness.

This number digs a reference at the 21-gun salute presented at ceremonies, specifically the military and the royal.

39 was given the bingo call of “Steps” due to the famous movie “The 39 Steps” in 1935 by Alfred Hitchcock. This film remains popular up to today.

As the household brand for staple food products ranging from canned beans to condiments such as ketchup, Heinz is known for its 57 varieties of canned beans. Despite other products to choose from, the founder of the company, Henry Heinz, decided to go with canned beans and chose the number 57 as his lucky number.

Traveling from Brighton to London via the trains takes 59 minutes and this is why 59 is given the nickname of Brighton Line.

Based on Classic Calls

As mentioned above, seven has always been considered a lucky number by traditions. Hence, the term “lucky seven” is easy to associate with the number seven, which explains the use in bingo call.

On the other hand, 13 is contrastingly considered as an unlucky number. This negative connotation goes all the way to places like hotels and even airlines. They would skip the 13th floor or row just to avoid bad luck and prevent any unlucky occurrences from taking place.

Since Valentine’s Day fall on the 14 February, it is sure easy the clarify the number 14 as it highlights the important annual occasion and also reminds all the gentlemen in the audience.

When girls hit the significant age of 16, they would always refer to it as the “Sweet 16″ as this celebrates a special milestone.

Similarly to the age 16, turning 18 signifies adulthood and hence the term, “Coming of Age”.

There are a total of 90 numbers in Bingo, so the number 45 is the midway mark and thus it is referred to as “Halfway there”.

65 is usually the age when people start to retire and collect their pensions, which explains the term, “Old Age Pension”.

The reason for this is because the numeral 89 is only one number away from 90.

With that said, we have come to the end of this article. The addition of bingo calls with unique nicknames binds the community together as it connects individuals through shared memories and common references, allowing everyone to relate to it. This contributes towards a sense of community and this friendship is why bingo is considered one of the best gambling games in the UK, and perhaps even the world.