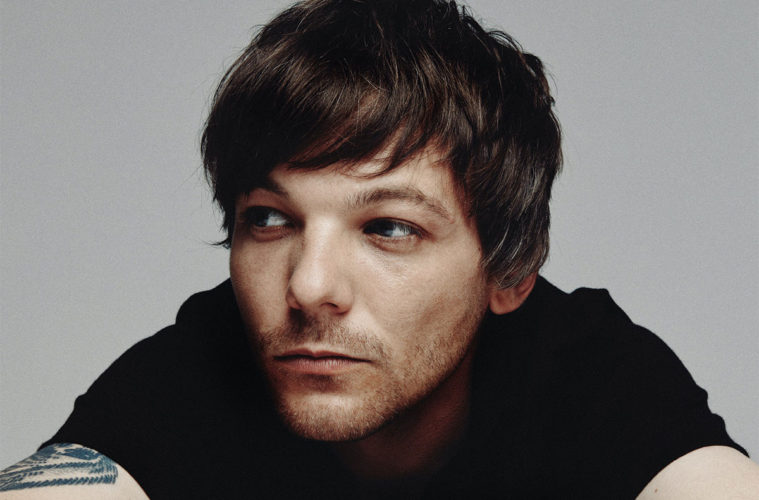 – A Special Event To Raise Money For FareShare And Other Charities –

The multi-camera event will feature Louis and his full band performing fully live, and will be available to watch for 28 hours, giving fans globally the chance to view at a time convenient to them.

Profits from the show will be split between FareShare, Crew Nation, Bluebell Wood Children’s Hospice and Stagehand. Louis will also be donating money to his own touring crew, many of which have been out of work since March.

The show will feature songs from Louis’ smash debut solo album ‘Walls’ (Top 3 in the UK and Top 10 in the USA), alongside a few surprises.

Tickets for the show will be go on sale via https://louis-tomlinson.com/live from 4pm on 25th November.

Louis says: “I was absolutely gutted to have to postpone my world tour this year as I was really looking forward to seeing all the fans. Performing for a live crowd is the most important thing to me, this live stream is a step back into that world and is something I can’t wait to film. I want to put on a real show for the fans, with scale and production, creating something special to end 2020 on a positive upbeat note and raise money for charities that are especially close to my heart. I also want to give my touring crew work, and raise some vital money for them, as without my crew the show literally couldn’t go on.” 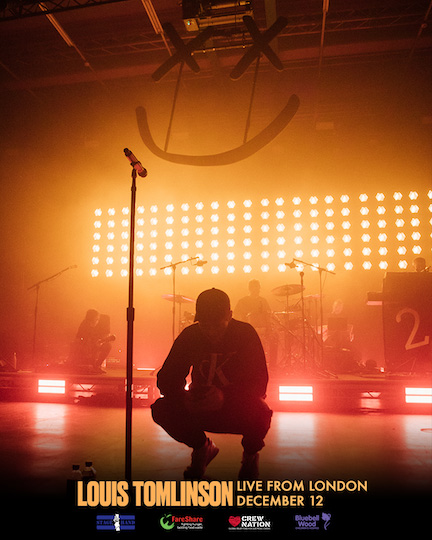 In addition to the concert, Louis is also releasing an exclusive range of new merchandise that will also go on sale on the 25th November. All profits from this merch will go to the above four charities and Louis’ touring crew.

January 2020 saw the release of Louis’ debut solo album ‘Walls’, a lyrically personal album that proved he had found his feet as a solo artist. The album produced a clutch of acclaimed singles including the emotive first release Two of Us, the raucous Kill My Mind, the reflective We Made It and the soaring pop perfection of Don’t Let It Break Your Heart.

After postponing his 2020 World Tour due to Covid-19, Louis is looking forward to finally getting on the road with his first solo tour next year, which is already completely sold out.. In 2019 Louis headlined the Coca-Cola music festival in Madrid to an audience of 25,000 people, and performed to 65,000 fans at Premios Telehit in the Foro Sol stadium in Mexico City.

Louis picked up the Best Song Award at the 2019 Teen Choice Awards for ‘Two Of Us’, which has so far hit over 100 million streams on Spotify alone. In 2018 Louis won an iHeart Award for ‘Best Solo Breakout’, and an EMA Award for ‘Best UK & Ireland Act’ in 2017. He was ranked No.5 on Billboard’s emerging artists of 2018 and has over 60 million combined followers on social media. This year he won ‘Artist Of The Summer’ in Philly radio station 96.5 TDY’s annual awards.

As a member of One Direction, Louis has sold over 100 million records. Overall Louis’ solo music has garnered over a BILLION streams.