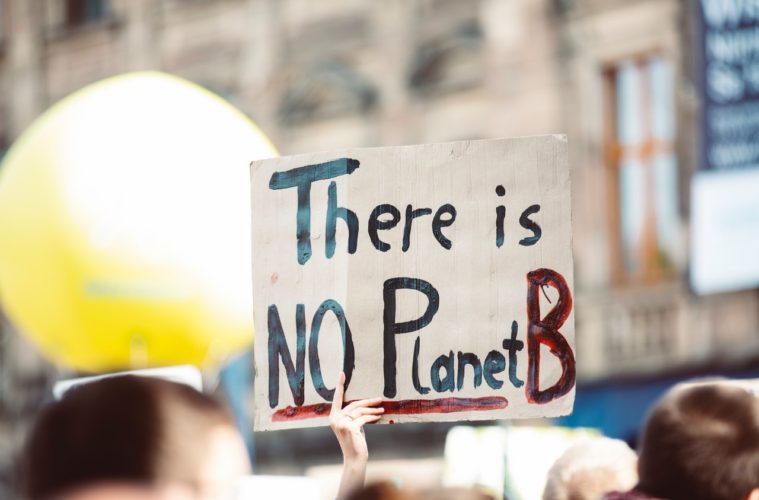 84% of 18-year olds do not believe that the UK government is doing enough to stop climate change, according to a survey commissioned by Mooncup to mark its 18th birthday. The figure rose to 89% in women, in comparison to 78% of men.

The research looked specifically at the views and concerns of British young people born in 2002, the year Mooncup was founded. Respondents were asked about their thoughts and concerns around the environment: what they would be ready to give up to help the planet, and what concerns them most about the future.

There are currently 776,000 18 year olds in the UK, and they are willing to take action to help the planet; ‘fast fashion’ tops the list of lifestyle choices getting the boot, with 77% of young women and 85% of men most likely to give up ‘cheap, fast fashion’ to help the environment. Half of respondents (50%) stated that they would be willing to give up meat and go vegan. Half of women surveyed want to give up, or have already given up, using disposable period products.

The research also illuminated a further worrying statistic for the airline industry; 43% of 18-year olds state that they are ready to give up flying for the sake of the environment. There was a perhaps surprising gap between male and female views around cars with young men more likely to give up owning a car (48%) compared to women (31%). The least likely lifestyle change that participants would consider is to NOT have children. Still, a third of men (33%) and a quarter of women (25%) stated they would consider giving up having kids for the sake of the environment.

Mental health is a big concern for 60% of British 18-year olds, with more women (65%) concerned than men (55%). Men are worried about their relationships with 62% citing their relationships as their second biggest concern, significantly higher than women at 53%. Career prospects are a cause for concern for 59% of men aged 18 in comparison to 42% of women.

Kath Clements, Mooncup Ltd. Director, comments: “Turning 18 in 2020 is definitely not the carefree experience many of us were so lucky to enjoy. It’s sadly no surprise that concerns around physical and mental health are front of mind for young people. Still, this incredible generation makes you feel that there is so much to be hopeful about. They know that the time for business as usual at the cost of our environment is over and they are ready to make changes now. And they are calling on leaders- of business and government – to step up to the challenge with them.”

Following the findings, Mooncup will donate 15% of its website sales to the charity YoungMinds during December leading up to Christmas. YoungMinds are dedicated to supporting young people with their mental health, providing the mental health support they need, when they need it, no matter what.https://youngminds.org.uk/

Mooncup has been empowering us to have a choice over our own bodies and periods since 2002. It is a high performance cup designed for comfort and reliability, made from the highest quality materials. It is a healthier, greener and cheaper choice used by millions including elite athletes, celebrities and business leaders the world over.

For more information about Mooncup and to request full research please contact Helen Trevorrow or Vicky Hague at Green Row on 0794 000 9138 or email helen@greenrow.co.uk