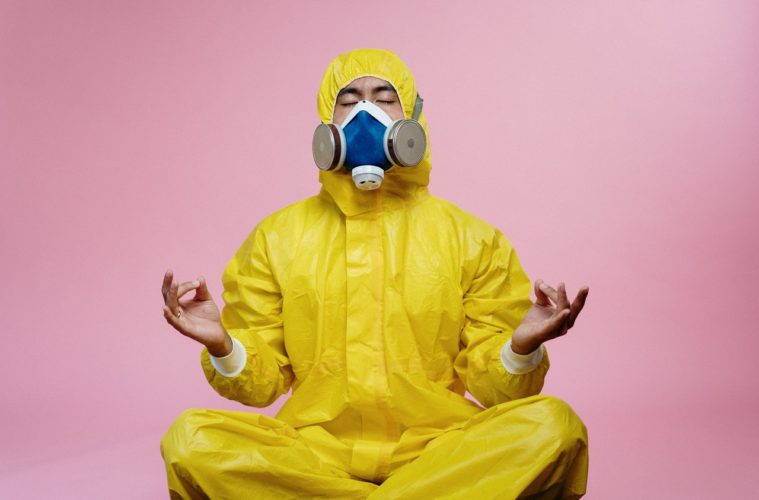 Yoga Supporters Unite To Campaign Against The Government

Ban impacts thousands who embrace yoga for mental and physical wellbeing and could apply to ANY studio after predicted Christmas spike in Covid cases.

Thousands of UK yoga supporters have united to campaign against the Government’s ban on group exercise in Tier 3 regional areas.

Over 4,300 supporters so far have signed a Parliamentary Petition and 465 yoga studio owners have forged a UK Yoga Collective to rally fellow studio owners, teachers and practitioners all over the UK to voice their rejection of the studio yoga ban.

The campaign group is calling on the Government to correctly classify yoga as a therapeutic practice for health and wellbeing and not general indoor “exercise”, stating that the present label as “exercise’ diminishes the holistic mental and physical benefits of yoga.

The Collective is urging fellow yoga studio owners, teachers, students and those who stand in solidarity with the campaign, to sign the petition, write to their local MP and spread the word on social media.

It’s estimated that 460,000 people take part in yoga classes each week for mental and physical wellbeing benefits. Over 16,400 people are currently employed in the yoga industry in over 4,900 studio businesses.

Many have also sighted that the Tier 3 ruling as discriminatory towards women with yoga having a mainly female workforce – 90 per cent of yoga teachers are women.

The industry contributes massively to the UK’s health and wellbeing economy and was worth over £926 million this year, up 6% from the year before (£875 million).

The UK Yoga Collective is also concerned for the long-term status of yoga studios, with the Tier system likely to be reinstated again after the Christmas easing of restrictions 23-27 December. Even if some Tier 3 areas drop to Tier 2 in two weeks (17 December), many will not and many more will return to Tier 3 in January.

Madeline Diaz of Tribe Hot Yoga, runs three yoga studios in Tier 3 Lancashire and launched the Parliamentary petition. She says this is a time for UK studios, teachers and yogis to unite. She stresses that many yoga studio owners and teachers feel that yoga regulatory and accreditation bodies such as the Yoga Alliance Professionals and British Wheel of Yoga have not acted robustly enough on behalf of their members and the yoga community at large.

She adds: “I feel at this moment in time our industry really needs to pull together – as the gyms did initially when faced with similar restrictions. We need to stand our ground. As a studio owner, there are the obvious financial implications, but my reason for putting the petition together goes way beyond that. For most of our clients, their yoga practice is a life-line that goes way beyond the physical realms of merely fitness. To not be able to offer this support to my students at a time when it is needed most, in times when people’s mental health is at its lowest ebb in recent memory, is simply heart-breaking.”

Spokesperson for studio owners in the UK Yoga Collective Julia McGoldrick, who runs the Ryecroft Yoga & Wellness studio in Bradford, said: “There are huge inconsistencies in the new regulations. Gyms are able to re-open across ALL tiers but yoga studios cannot. What’s frustrating for both owners and the hundreds of thousands who attend our classes is the lack of logic or consistency. In Tiers 1 and 2, up to 1000 people can gather indoors for events lasting hours or go to a pub, whereas the average class of 10 yoga students in a Tier 3 area cannot for an activity that boosts their mental and physical health.”

The British Wheel of Yoga, the UK’s National Governing Body under Sport England, supports the campaign’s call for a review. Vice Chair Gillian Osborne, said: “Yoga has therapeutic benefits physically and mentally that go beyond those that are offered by regular exercise activities. We do think this decision warrants a review and our team at the BWY along with our own legal advisors and insurers are offering members as much information as we can to support them. There are some qualifying exemptions for BWY members within the current regulations but as a whole, yoga is an entirely different modality to exercise and ought properly to be considered separately.”

To support the campaign, please sign the petition here: https://petition.parliament.uk/petitions/562011?fbclid=IwAR26z5jMYRWo8rhMC0iFc770tkJJ16oAesGEH6Hlr3jz6A_xce5Y9tGR5l4

Yoga students and members of the public can get updates and find out more about supporting the campaign at the Yoga Studios Unite UK public page here: https://www.facebook.com/yogastudiosuniteuk

A Facebook group for studio owners only has been organised and can be found here: https://www.facebook.com/groups/theyogacollective