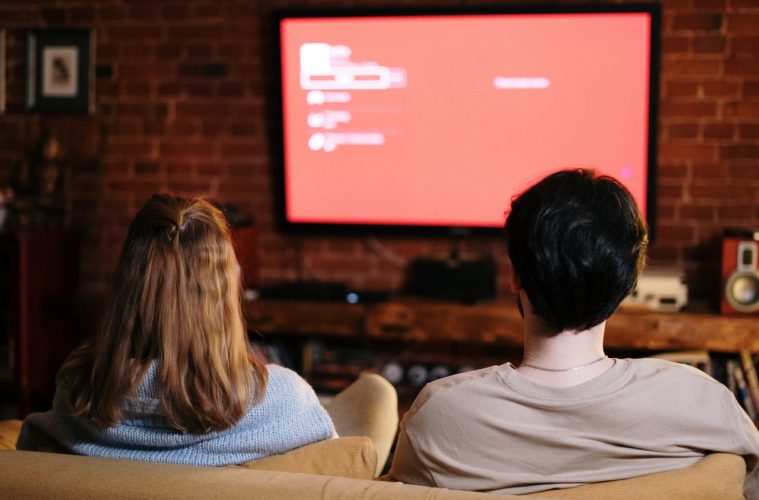 3 Female ‘Bro’ Comedies To Watch On Your Big Night In

We all laughed out-loud at American Pie, and many of us are still quoting Superbad to this day. But why not switch things up a bit on your next movie night by checking out a ‘bro’ comedy with a female twist? Whether it’s turning the cringe factor up to 11 or experiencing ultimate gross-outs, these lady ‘bro’ comedies are up there with the most hilarious of movies.

There’s plenty of comedic potential in a wedding film! The Hangover trilogy, for example, depicts a stag-do rapidly descending into chaos, showing us why what happens in Vegas must stay in Vegas. Bridesmaids, however, tells a wedding story from the point-of-view of the ladies and does it much better.

Starring former Saturday Night Live stars Kristen Wiig and Maya Rudolph, there’s barely a scene in it that isn’t either hilarious or heart-warming. From Rebel Wilson’s gross and infected Chupacabra (a legendary animal vampire) tattoo to a dress fitting that winds up with all the bridesmaids feeling, let’s say, rather ill, it breaks the mould for both wedding comedies and chick-flicks.

In fact, the film is so memorable in popular culture that there is a whole franchise surrounding it. Whether it’s Bridemaids-related merchandise being sold on sites like Etsy or it having its own betting game hosted by Interac Casino online, it’s clear to see the movie has a huge impact. The online casino game even depicts each character within a digital wedding-themed slot game where points relating to the movie wins prizes to give that real Bridesmaids feel to it.

The movie is, quite rightly, considered groundbreaking for female-fronted comedies to come.

Released in 2004, which seems like such a long time ago, it’s safe to say that Mean Girls is a vintage female ‘bro’ comedy. There’s even been a Broadway adaptation as well as a soon-to-be film based on the musical re-adaptation, showing how relevant it remains today. Delving into the cliques and factions of an American high school and how, well, mean people can be, it has no shortage of laughs, heartache, embarrassment, and memorable lines – ‘You go, Glen Coco!’

It takes a darkly comedic look at the social hierarchy of high school. It centres around Cady (played by Lindsay Lohan), a newcomer who’s been home-schooled in Africa up until her mid-teens, being shown the ropes by the self-proclaimed coolest kids in school. Known as The Plastics. Sidesplittingly cruel, yet wholly relatable, it’s a movie we all deserve to see.

Starting an unlikely but awesome pairing of Sandra Bullock and Melissa McCarthy, The Heat takes your typical bro-buddy-cop comedy format and gives us something different. Loud, in-your-face, and very funny, it’s the perfect odd-couple comedy that rips up the rule book on this genre so typically dominated by male lead actors.

The cast is certainly one of the many things that make this movie so watchable. McCarthy is brash, no-nonsense, and full-throttle whilst Bullock’s much more by-the-book attitude provides a perfect balance. The film has laughs packed into almost every act, including a fantastic self-parodying scene where the leading pair aren’t strong enough to keep hold of a criminal that they’re dangling over a balcony.

These are three of many female ‘bro’ comedies that you simply need to watch on your next film night. Many of them don’t get the credit they deserve, but we promise you won’t be disappointed.