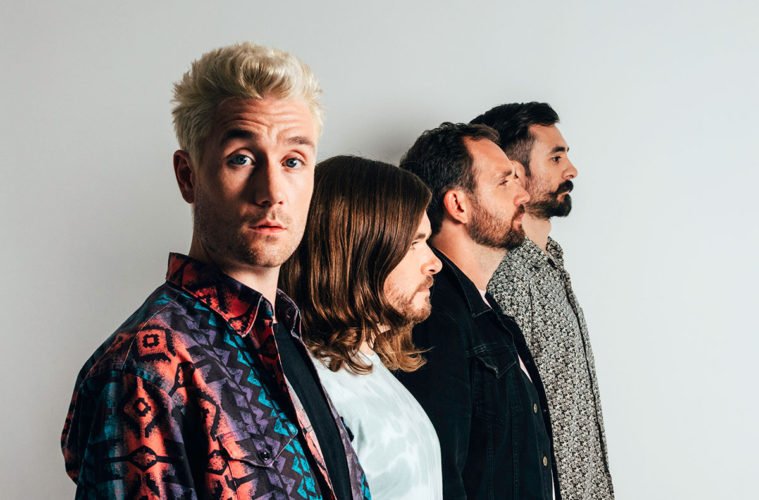 From humble underdog origins, through to a number one debut album, BRITs and Grammy nods, and huge crowds in arenas and festivals all over the world, Bastille’s story pivoted with a career-shifting show at London’s Union Chapel during 2017. In an intimate appearance for charity, rather than simply presenting the band as it was then, Dan Smith, Kyle Simmons, Will Farquarson and Woody enlisted a choir and strings and brass ensemble, rearranging and reinventing their entire set-list for the occasion.

Sourced from hundreds of hours of unseen archive and all-new conversations recently captured during the pandemic, the film features bracingly honest insights from all four band members plus characters inextricably linked to the group’s time thus far. It charts the very beginning of the band’s foundations all the way through their three albums to date, via landmark, full orchestra appearances at Royal Albert Hall in London, Elbphilharmonie in Hamburg, and The London Palladium, not to mention the inevitable tensions encountered en route. 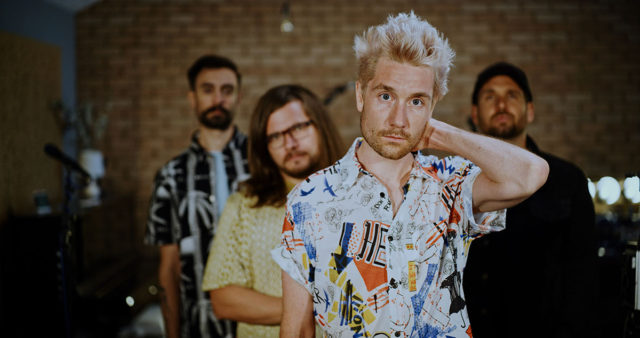 Throughout the documentary, the band talks about a range of subjects, including anxiety, drive, imposter syndrome, their debut album, bad reviews, ReOrchestrated and their last gig before the world changed.

On ReOrchestrated, Dan Smith says, “I wanted to do something that felt different and felt real, and pretty much everyone across the board was like, ‘Why the fuck would you do that? You have a third album to be making, that’s kind of more important.’ Anything worth doing in the creative world has always got to have a bit of stress involved, a bit of jeopardy, blood sweat and tears, all the usual cliches. Any idea that music with strings or orchestration or classical stuff couldn’t be modern and couldn’t be relevant, I just thought was bullshit, one of the nice things about the age we live in is that genre feels irrelevant.”

He continues, “During those shows, when it’s going well, obviously I’m shitting myself that I’m gonna fuck it up but in those moments, when I’m not having a panic attack, it’s so amazing to be in the middle of those rooms. I’m so grateful for everyone that’s there, and I get such a thrill out of moments of the gig and hearing people sing along and seeing the crowd and getting to be on the stage with my friends is something that is indescribable.”

The film is co-directed by long-time band collaborator Tom Middleton and Toby L (Foals – Rip Up The Road), an Up The Game film produced in association with Crooked Cynics, EMI and Amazon Music.

Fans can also listen to Bastille’s Amazon Original, orchestral version of their song “Million Pieces” with The Chamber Orchestra of London, which was recorded at the prestigious Abbey Road studios for Amazon Music—listen HERE.

ABOUT BASTILLE
Hailed by Rolling Stone as “Britpop’s new crown princes,” Bastille was introduced internationally with the single “Pompeii,” which is now 6x Platinum in the U.S. “Pompeii” and subsequent hits, “Good Grief” (2016) and “Quarter Past Midnight” (2018), each topped the Mediabase Alternative chart in the States. The GRAMMY®-nominated band – comprising Dan Smith, keyboardist Kyle Simmons, bassist/guitarist Will Farquarson, and drummer Chris Wood – has global consumption exceeding 6 billion cumulative streams across all platforms, including 48 million adjusted singles and 7 million adjusted albums worldwide. Bastille’s hit single with Marshmello “Happier” topped charts around the world, with cumulative streams approaching 7 billion. Certified 6x Platinum in the U.S., “Happier” held the No. 1 position for 3 consecutive weeks on the Top 40 Radio Airplay chart. 2019 brought Bastille’s acclaimed third album, Doom Days, which charted in the top 5 in the U.S, making Bastille the only UK band to have achieved this chart landmark alongside The Beatles and Queen, and received massive critical acclaim, as NME called it “their most inventive boundary-hoping album yet.” Following a 2 month-long sold-out U.S. and U.K. tour last year, 2020 sees the band return with the ferocious “WHAT YOU GONNA DO???,” which sonically is either the first clue to a brand-new era for Bastille or a complete red herring. Either way, it marks the beginning of an exciting and surprising new era for the band.