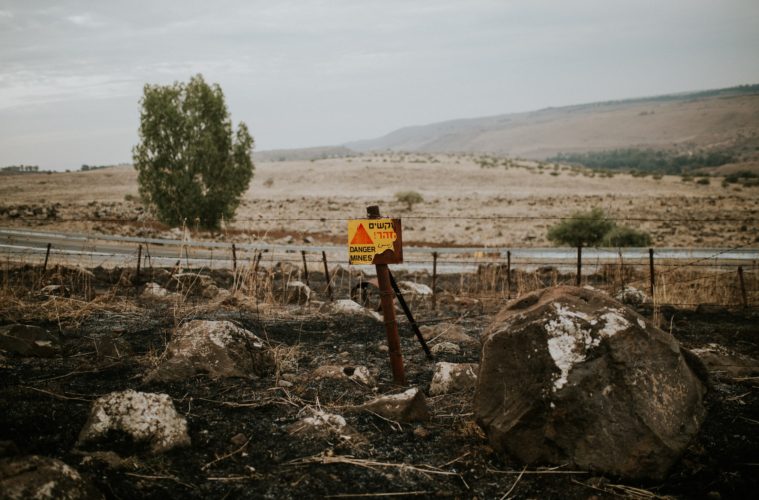 Academics Rescued from the Middle East

A 38-year-old female Syrian academic is the first of ten scholars to be rescued from war-torn countries in the Middle East over the next two months, in the latest rescue operation by discreet UK-based charity, Cara (Council for At-Risk Academics), which offers a lifeline to academics at risk of persecution, violence and death.

She arrived on UK soil this week despite unprecedented Covid-19 hurdles, including contracting coronavirus immediately prior to the first stage of her journey, to Lebanon. She will now begin her PhD placement in safety at a leading UK university. The additional nine academics, which include four men and five women from Syria, Yemen, Iraq and Turkey, are set to be rescued within the next two months. They too have already been found places at some of the UK’s top universities and research institutions, including the University of Oxford, King’s College London and Durham University, where they will be able to continue their work in safety until, as most of them hope, they can one day return home to help rebuild their shattered societies.

Over 120 universities and other institutions in the UK help to support Cara, a low-profile charity which has saved thousands of lives since its first ‘rescue operation’ in 1933 (which was supported by Albert Einstein), when it was set up to help Jewish and other academics fleeing Nazi persecution by William Beveridge, who went on to lay the foundations for the UK’s welfare state.

Since then, Cara has worked to provide safe havens for generations of scholars fleeing violence, repression and threats to intellectual and individual freedom. The charity supports their escape, and often that of their families, by using its long experience and extensive network of contacts to help them to find top academic placements in the UK, and putting together, often under great time pressure, the package of funding support and practical arrangements that can turn the distant dream of safety into reality.

Commenting on the rescues, Stephen Wordsworth, Executive Director of Cara, who served in his previous career as the UK’s Ambassador to Belgrade (2006-10), stated: “We are delighted to welcome to the UK our latest ‘Cara Fellow’, and to know also that other brilliant academics are soon to follow. They are fleeing from conflicts, and from regimes which are forcing out their brightest thinkers. They include two Yemenis who have been facing constant threats from armed militia, who have been forced to teach in universities controlled by rebel forces under slave-like conditions, with no financial renumeration for several years. They are constantly persecuted and cannot afford to live and provide for their families… There are many more suffering like them, in many countries.  So our support is urgently needed.”

The emergence of the pandemic brought unprecedented challenges, including the closure of land-borders and visa offices, restricted air travel and the closure of Covid-testing centres in Iraq, but Cara found ways to overcome them all.

Stephen added, “Our work is naturally challenging, but this pandemic has thrown up exceptional obstacles. And this came at a time when Cara was already receiving its highest number of appeals for help since the 1930s.  This is clearly a reflection of regional conflicts and the wider growth of global division, social unrest, populism and authoritarian regimes.  Another exodus of scholarship talent is on the rise.

“Our mission at Cara is to get threatened academics safely out of their respective countries, and settled into their new positions.  They are enormously talented, truly among ‘the best and brightest’, and we find them places where they will be safe to do their research and to carry out their vital work until they can go home again.

“There are many countries today which oppress, imprison and murder their most gifted minds, and Britain’s universities and its public have been outstanding in embracing these intellectual victims, who have given, and are still giving, so much to us in return during their stay here.”

Since Cara’s first ‘rescue operation’ in 1933, 16 rescued academics have become Nobel Laureates, 18 have received knighthoods. Many others have been, and are, pioneers in their fields of study and work, including the founder of the Paralympics.  The present generation include outstanding scientists and thinkers, and even a medic working on cutting-edge Covid-19 research in the UK.