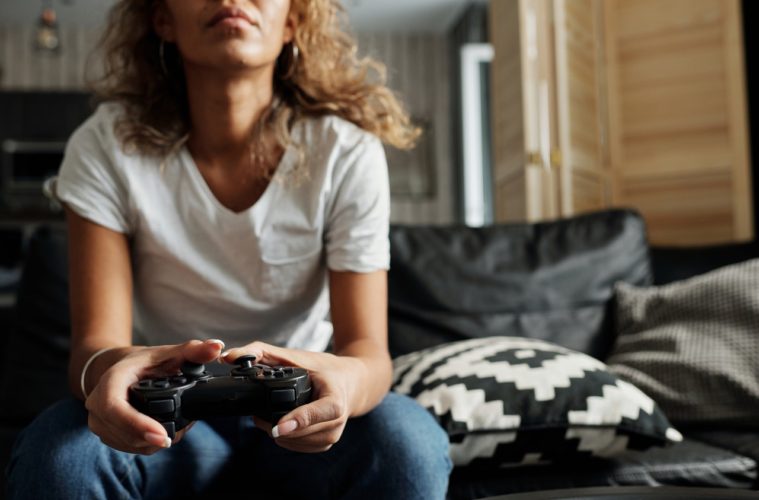 This means that for every £100 earned by the average elite gamer, the typical female elite gamer earns just £1.67.

Even a cursory glance at the data shows the shocking disparity. The graphic below show the top 10 in overall prize winnings for both female players and top earning players overall. As you can see, the best female players are only pocketing a fraction of the very highest earners.

The top-earning female player is Sasha Hostyn, better known by her player tag Scarlett, and she has won $393,000 throughout her whole career. That’s only 5.64% of the prize money of Johan Sundstein (N0tail), the top-ranking player overall, who has accumulated $6.97 million over the course of his career. In fact, you have to search through 324 other e-sports players in the overall rankings to find Scarlett, who sits 325th in the top 500.

“E-sports has exploded in popularity over the last decade or so and it’s fantastic to see female representation in this space increase!

Like in many sports with a higher male participation, disparity in
earnings does exist between genders.

Scarletts accomplishments competing on ‘Starcraft ll’ and Liooon winning the ‘Hearthstone Grandmasters Global Finals’ are testament that the playing field is well and truly level when it comes to E-Sports.”

“While it has generally been well known that female gamers don’t feature as much in the top-earning e-sports players, this analysis of average earnings has shown how wide this gap really is. The fact that the average top-100 female has only won 1.67% of the average top-100 player’s prize money is astounding.

“I believe that our analysis demonstrates the underrepresentation of females at the elite level of e-sports. Consider that 41% of women are gamers — this has been as high as 46% in recent years —so it would be logical to believe there should be a greater number following their hobby to its pinnacle. The top prizes are open to gamers of all genders, so it seems like so much untapped potential.

“There certainly isn’t a lack of skill or potential among women, so the reason for the earnings disparity is not based on ability. But there is something stopping female gamers making that step, and it’s likely to do with the culture that surrounds e-sports. Not only is the field very much a male-dominated space, but there is a stigma and toxicity in some areas that can be off-putting for female gamers. A shift in this culture and acceptance of female gamers would make e-sports a more attractive proposition.

“How to shift this balance is an interesting question. Taking more time to celebrate female e-sports stars as role models would be a good start at showing the next generation of gamers the success that can be achieved. There’s also certainly room for all-female e-sports teams and clubs to help increase participation numbers in tournaments and provide a safe space. We also need to continue fighting the stigma attached to women in gaming across the board, as things won’t truly change until the wider industry is more accepting.” 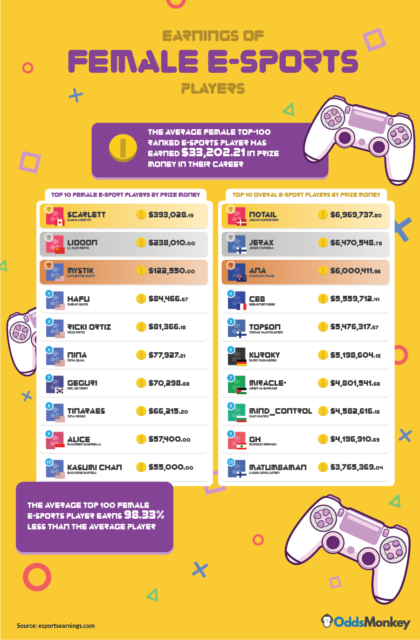