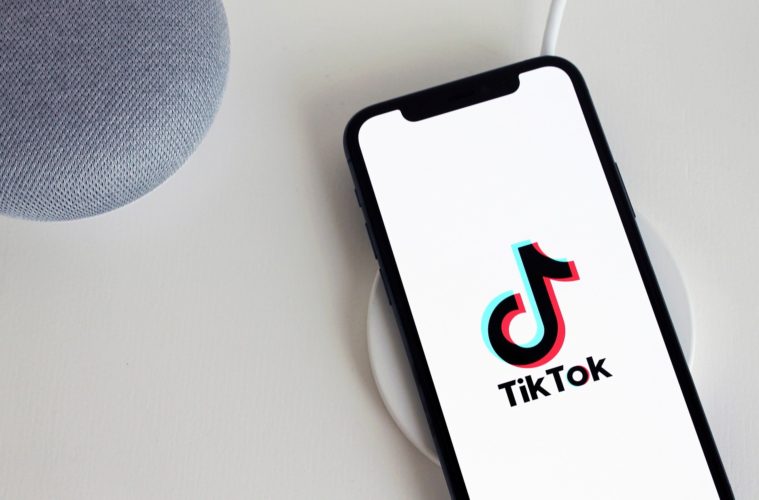 The Social media platform has come a long way since MSN messenger entered our lives in 1999, later followed by Bebo in 2005. Gen Z have blissfully immersed themselves in an era whereby Facebook, Twitter, and Instagram, reign supreme. This has created an environment in which social media’s main usage is no longer for communication, but rather to elevate one’s status, create an identity, and generate social impact.

For many, social media has translated into a one-way ticket to fame. Users are absorbed by the potentiality of earning a blue tick icon, indicating their Influencer status. Social media now generates a new idea of what makes a celebrity personality; its impact has become so poignant that Channel 4 even created a reality game show based on its existence. The Circle is now on its third UK series, and has since widely contributed to the world of Influencers, providing non-famous people with the experience of becoming brand ambassadors, fashion bloggers, and having careers in the media.

The latest social trend to build upon the notion of Influencer culture, is TikTok. Launched in 2016, TikTok is a video sharing platform owned by Chinese company ByteDance. As of 2020, it has begun to take the music industry by storm.

‘‘2020 has been the year that music started on TikTok – driving music discovery and fan engagement for all artists, from emerging talent to global superstars.’’

Why is TikTok so popular? And how does the social media platform impact the music industry of today?

As a video sharing platform, TikTok encourages trends which involve sound and music. This differentiates from Instagram, Facebook, and Twitter, who, though do have a video feature, have primarily been used for writing a status, messaging, and posting pictures. Instagram has only recently created the Instagram Reel to make way for this video sharing culture, allowing people to post videos over a minute in length.

TikTok’s video format inspires dance and music trends. The two play in tandem with one another to create viral videos. A perfect example of this is The Weeknd’s ‘Blinding Lights’ single. According to Vulture magazine, ‘Blinding Lights’ became the charts longest running Top 10 hit in 2020, as well as staying at number 1 for four consecutive weeks. TikTok provided an incredibly inclusive platform for people to actively participate in the song through the viral dance routine, therefore suggesting that ‘Blinding Lights’ remained popular as a product of its connections with the social media platform.

In light of stars gaining publicity from using TikTok, the platform has even launched its own ‘music hub’ where it analyses ‘the ones to watch’, the top music artists on TikTok, and where you can vote for your favourite song. Moreover, music has become a real backbone behind the recent emerging success of this relatively new social media app.

Indeed, one of the attractions of TikTok is that you do not necessarily have to choose what you view. You can simply log into TikTok and mindlessly scroll through the multitude of videos ready to view at your disposal. This quick sharing, fast viewing, relentless format means that those who participate in TikTok have a much higher chance of having their content viewed by a wide audience.

Furthermore, other than being an excellent platform for already famous artists to engage with fans, TikTok has become an exciting way for unknown musicians to share their music.

So who are the rising stars beginning to build their music careers through TikTok?

The sea shanty singer from Scotland acquired fame after joining TikTok in January 2020. He was working as a postman for the Royal Mail before posting cover songs on the social media platform. He was then approached and asked to sing a traditional sea shanty song. Since then, he has been signed to Polydor Records and is known for his song ‘Wellerman’, as well as appearing on multiple television shows including Ant and Dec’s Saturday Night Takeaway and Lorraine. Many well-known artists have also developed their own renditions of ‘Wellerman’, including Brian May, Andrew Lloyd Webber, and Jimmy Fallon.

A BRIT school alumni, Burns released her first EP when she was 16, and since then has gained further prominence on TikTok for her soulful covers and song ideas. She joined TikTok when the first lockdown hit, and, nine months later, she was signed to RCA records (known for encompassing musicians such as Miley Cyrus, Alicia Keys, A$AP Rocky, and more). She proclaims herself to be a 20-year-old singer from South London ‘helping you get through stuff one song at a time’ (Cat Burns, Spotify). Having started her career as a pop-soul artist, she has continued to thrive, now releasing more acoustic soul songs which still embody that London twist. Reading her interview with Huffpost (https://www.huffingtonpost.co.uk/entry/cat-burns-tiktok-signed-to-label-rca-records_uk_5fc7bd2dc5b66cae9787a834), Burns says her songs are influenced by the frank subject matter of which British musician, Lily Allen, often explores in her lyrics.

Dixie D’amelio is a 19-year-old social media personality turned singer from Norwalk in Connecticut. Her career began after her sister, Charli D’amelio, rose to prominence on TikTok. Dixie then began doing the same, and as of 2020, became signed to record label HitCo Entertainment. She is now making a name for herself in the pop genre, working with the likes of Liam Payne and Wiz Khalifa. She uses TikTok as a platform to enhance her celebrity personality, which, in turn, adds to her musical image.

Though Rodrigo had already made her television debut on the Disney Channel in 2016, her TikTok career is still worth mentioning in this list of rising music stars. Rodrigo’s song ‘Driver’s License’ went viral via the social media platform, breaking the record for the most streams in a day on Spotify, before shooting to number one in the Billboard charts. At only 17 years old, she is the youngest artist to top the Billboard charts. Rodrigo’s emerging music career was, without a doubt, launched by the TikTok platform, demonstrating social media’s ability to enhance an individual’s music career. ‘Driver’s License’ is a song about heartache; the ballad combines the soulful undertones of Lorde’s music with the youthful anguish of Birdy’s ‘Skinny Love’. It can be found on all streaming platforms.

At the age of 20, Maia, professionally known as mxmtoon, is an American singer-songwriter. She rose to prominence through YouTube, where she played songs on her ukulele, and now also uses TikTok as a platform to promote herself and her music. Her song ‘Prom Dress’ is a euphonic and relatable tune about growing up as a teen and dealing with social anxiety. Since releasing her first album, ‘The Masquerade’ in 2019, Maia has since gone on to release an EP entitled ‘Dawn’ as of April last year. With a TikTok following of 2.4 million, and song writing abilities that incorporate impactful themes, we can expect to see big things coming from mxmtoon.

Ultimately, TikTok is making way for a new generation of Influencers and musicians,, and, as a product of the COVID-19 pandemic, which has inflicted restrictions on live music, this shift in the music industry could be a positive thing for upcoming artists. What we do know for sure, is that TikTok is the place to be if you are looking for a platform that enables your content to be shared at a fast pace and amongst a wide audience.