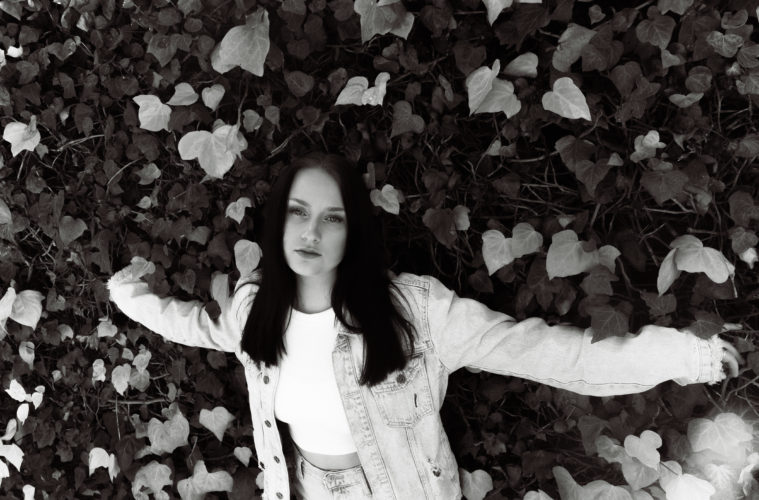 Hailing all the way from Baltimore, USA, Ashley Kutcher is a rising singer-song writer entering the pop scene. After initially training as a nurse, Ashley began to post her songs on TikTok, and since then her fanbase has continued to grow. Her biggest song to date: ‘Love You From a Distance’, now boasts over 11 million streams on Spotify as well as having 20 million TikTok views. Following her TikTok success, Ashley Kutcher was sought after by a multitude of record labels before eventually signing with Darkroom, the same record label which launched Billie Eilish’s career.

On the same day that Ashley Kutcher has released her new single ‘If I Could’ in the UK, The Student Pocket Guide couldn’t wait to chat to her about her story so far…

Hi Ashley, it is great to have this interview with you. Having just written an article on how TikTok is influencing the music industry, the story of your music going viral via the social media platform is super relevant and interesting for our readership. It is also great to hear from someone who began from a very relatable student background, but who is now continuing to build their career after having a song go viral. It really shows you how impactful social media can be these days.

With this in mind, why did you start using TikTok to promote your music? How has it helped your career?

I’ve always posted covers on my platforms but I didn’t really start to gain traction until I posted using my original songs. This was super exciting for me because it meant people were resonating with what I had to say. TikTok was the main reason that I was able to reach the amount of people that I did. TikTok has provided a great platform for me to kickstart my career.

In hindsight, are you happy you achieved a degree before being signed to a label? What advice would you give to students trying to pursue a music career alongside studying?

Yes I am. Going through college and getting my degree was very important to me and I made it to graduation before transitioning into music. I wanted a college experience and I appreciate everything I learned. My advice is that you don’t have to choose one or the other. You can succeed in college and develop a music career if you learn to balance your time! College isn’t for everyone. Always make time for the things you love.

I hear that the subject matter of your song ‘Love You From A Distance’ was actually proposed by a fan. What made you do this?

I started writing songs to other people’s experiences because it helped me generate ideas, and it still does. While I love pulling from my own life, I just really love storytelling in general, whether it’s a personal experience or not. 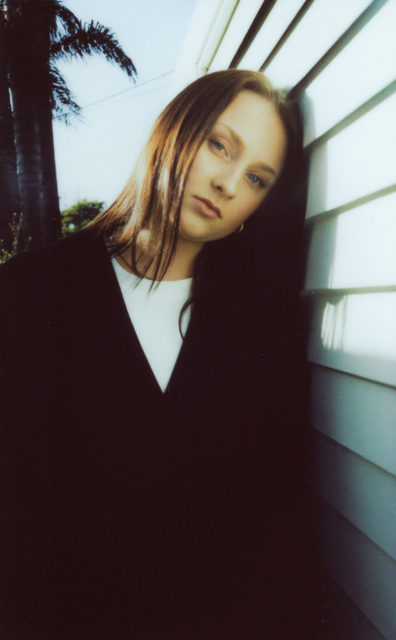 How has your interaction with your fanbase helped the progression of your music?

Seeing how people relate to my music is everything to me, that’s what keeps me going. I write music for myself, but I put it out in the world to help other people.

I have been told that you received multiple offers from record labels after ‘Love You From a Distance’ went viral. I’d love to know what made you ultimately decide to sign with The Darkroom Records?

Talking to record labels while in nursing school was super exciting but also overwhelming. When I met with The Darkroom, they made me feel at home. Their continued excitement and engagement for my project was unmatched. Leaving nursing for music was scary because it was the unknown, but once I found this team it just all felt right.

Let’s talk a bit about the release of your latest single; ‘If I Could’ is due to be released in the UK on the 15th April 2021. It feels like it very much fits into the pop genre but then also has undertones of a country song with the acoustic backing guitar and your raspy vocal tones. What made you write this song?

I actually co-wrote this song with two friends. We originally wrote it about one of their relatives who was suffering from cancer. It made me think of my family and my friends and the struggles I’ve seen. One of the worst pains for me is to watch other people in pain. This pandemic has been rough on everyone, and it felt like everyone was relating with different experiences. I know this song can help other people and that’s why I wanted to put it out in the world. I do consider myself more of a pop/singer-songwriter artist, but when people say country I definitely see where they’re coming from. But, I think that’s what’s cool; hopefully, people who listen to all different genres will appreciate this song.

Where can you see your music style heading?

I am still figuring that out. I want to continue making pop music, but with a storytelling element. I think my ‘genre’ might change and develop as I continue to release more music. It will be fun and exciting to see how it evolves.

Is there an artist you would love to collaborate with?

Honestly so many. I would especially love to collaborate with Noah Kahan, Julia Michaels, Tate McCrae, or Lennon Stella. They all have unique styles and I listen to all of their work.

You can listen to Ashley’s new single ‘If I Could’ here.

You can also find more of her music on her Spotify page here.