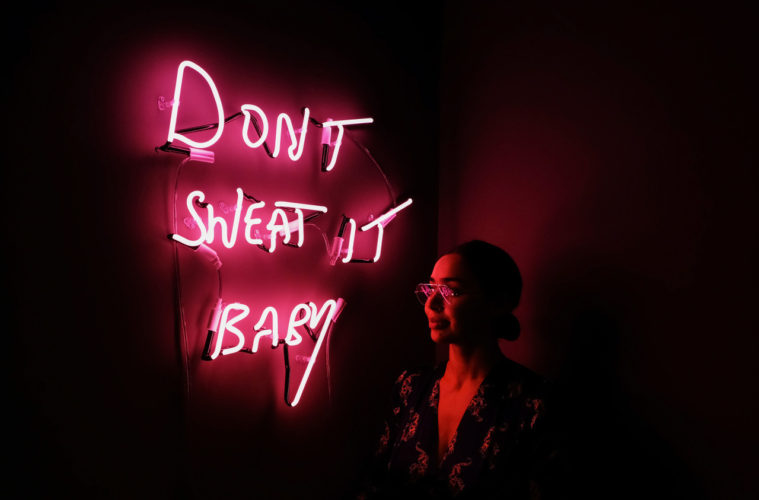 Urban artist Eve De Haan has teamed up with the ‘Reclaim These Streets’ movement to help promote making streets a safer place for women. Eve De Haan is known for using neon lights as a medium for her art, and is now using this as a way to illuminate the streets of London in light of this campaign. The urban exhibition displays billboards with the glowing words ‘Text Me When You Get Home’. These can be seen in Fulham, Shoreditch, Peckham, Westbourne Grove, and Dalston until the 29th April. Eve De Haan is also selling her artwork, which she created for the campaign, to raise profits for the women’s charity Rosa. 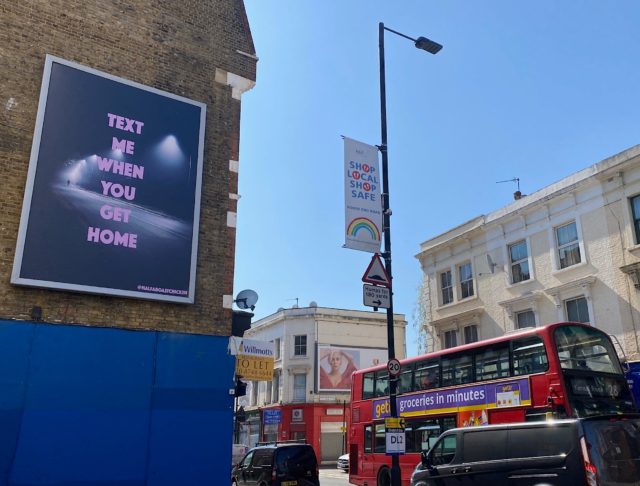 Hi Eve, thank you so much for doing this Q and A with me. I think your exhibition is a poignant one and it has been very topical in the media recently; I am excited to spread the word about the campaign.

When and why did you begin using neon lights as a medium of art?

I started using neon in my artwork around four years ago. I found it to be the perfect medium to explore the gradients and shades of meaning within a statement.

I think that the ‘Reclaim These Streets’ campaign that you are participating in is both moving and compelling. The phrase ‘Text Me When You Get Home’ against the bleak background of the lonely streets at night feels instantly relatable, and I think the concept of illuminating the dark streets with neon lights creates a piercing message which seeks to highlight the conversation about women’s safety on the streets.

Where did you get the idea to be a part of this campaign?

Thank you very much for your kind words. I was approached by Zebra One Gallery, who had asked me to work on a campaign raising money for the charity Rosa, via Reclaim These Streets. When I was thinking of what text to use, in light of what has been happening recently, the phrase “text me when you get home” really stood out, I say it to my friends all the time. And that is also the name of the campaign Reclaim These Streets have timed to launch with our billboard campaign, to make the streets safer, so that no woman has to be asked “text me when you get home” again.

Let’s talk about some of the individual pieces that you created specifically for this campaign (those which are being sold to raise funds for the women’s charity Rosa).

Which are you most proud of?

What inspired the writing and the aesthetic for these individual pieces?

The phrases I use are all products of my authentic experience.

Did you experience any challenges in the making of the campaign?

I hope this campaign can highlight some of the challenges that women face (in regards to safety) on a daily basis. 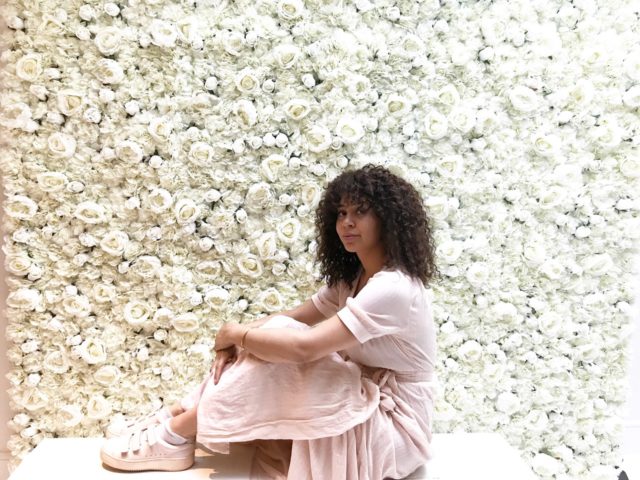 Why do you think that women’s safety on the streets remains such a concern in today’s society?

Attitudes towards women need to change – we must not be seen as objects, but as human beings. It’s a complicated issue, but there is room for transformative change.

What impact do you hope it will have on people’s insight into women’s safety?

First and foremost, I hope it sparks conversation around the issue of women’s safety, I believe change starts with conversation. ‘Reclaim These Streets’ aims to use legislation, education and community action to make the streets a safer, fairer place for women so that no woman has to be asked “text me when you get home” again.

I wonder – have the billboards been strategically placed in specific places around London for a reason? Is there some context behind where they have been placed in relation to the movement?

We hoped to try to get as many people to see them as possible. We wanted to use the light up billboards to help shine a light on places where women may feel unsafe.

What do you and Rosa (the charity committed to making the streets safer for women, and of which the profits from the exhibition will raise money for) hope to change or make happen by promoting this campaign?

The charity Rosa funds a diverse range of women’s organisations. The work falls under four pillars, that make up a movement for social change. These being Leadership & representation, economic justice, health & wellbeing and safety. 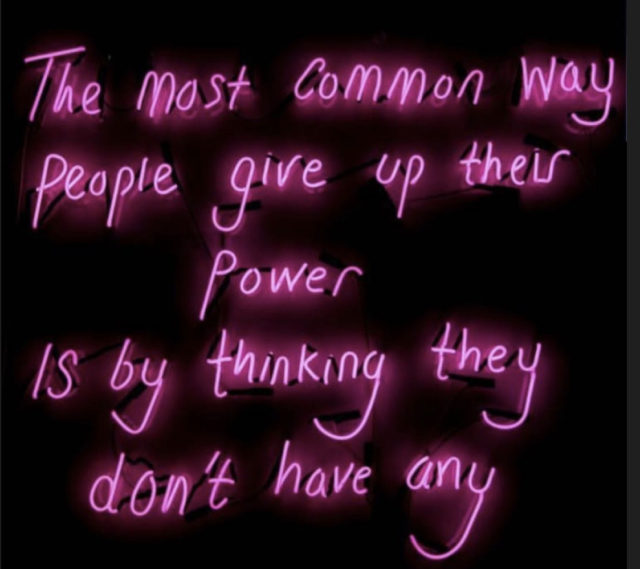 Are there any other campaigns that are close to your heart and that you can see yourself working with in the near future?

I have just created a piece of artwork for the ‘Earth One’ campaign which is going to be sold at an upcoming exhibit held by Acrylicize with the proceeds going to the World Land Trust.

Can you tell us about any other exhibitions that people could visit if they wanted to see more artwork that explores concepts of change?

Thank you for speaking to me today Eve! I really do admire the work you’re doing and I am keen to see the exhibition soon; I hope that your impactful work raises all the money you need for Rosa.

Thank you so much for taking the time to talk to me about this really important campaign.