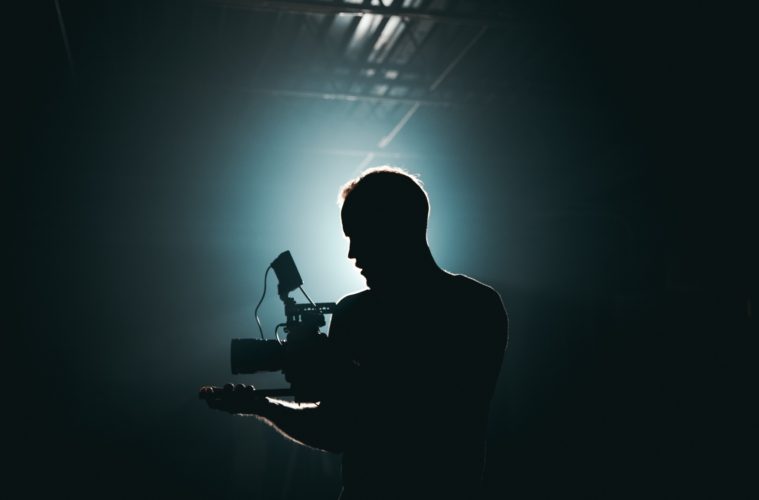 True Crime In Lockdown 3.0: From Ali Tabrizi To Chris Smith

After lockdown 1.0 inflicted a mass obsession with banana bread baking and Strava 5k runs, for many, the productive energy is starting to wear off. Instead, lockdown 3.0 has become all about the binge-watching, the replacement of television for human contact, and the ability to waste hours of the day on an enticing series just to pass the time. However, it takes a special kind of television show to be perfect lockdown material. You want something that is going to lure you in, keep you on the edge of your seat. This is precisely why the true crime genre has thrived during lockdown…

The genre encompasses documentaries and drama, so there is an eclectic mix of programmes to choose from based on whether you prefer fictional adaptations of true events, or factual investigation. It also feels somewhat intellectually stimulating in a time where the country feels at a standstill, and thus information and communication feels limited.

Lockdown 1.0 saw the rise of the disturbing Don’t F*** With Cats (2019) documentary, followed by an obsession with the infamous Tiger King (2020), but what has lockdown 3.0 been brewing in the true crime genre?

The True Crime Genre in Lockdown 3.0 by Jessica Doran

Released on the 24th of March 2021, this is the documentary that everyone is talking about right now. Seaspiracy is an eye-opening documentary created by Ali Tabrizi. It exposes the environmentalist concerns, as well as the human rights issues, behind the fishing industry. If you felt impacted by the dolphin hunting practices in The Cove (2009), then this documentary goes a step further as Ali Tabrizi denounces the horrific truths behind the entire fishing industry. It even explores the disingenuous reality behind our beloved ‘dolphin safe’ labels on our shop bought fish tins and packets.

The reason why this documentary is so effective, is that it feels we are learning with Ali Tabrizi. Tabrizi admits he was unaware of what the term ‘sustainability’ fully meant and seems to initially place some element of faith in the environmentalist organisations supposedly protecting our wildlife, only to find that this is not completely the case. The documentary is therefore both informative and intentionally self-reflective, but also aims to primarily denounce the major organisations who give the pretence that they are working to protect marine animals.

Though Ali Tabrizi says he began the documentary with the aim of it being about the whaling industry, Seaspiracy goes far deeper than this. Tabrizi even explores the issue of human slavery which exists within the illegal fishing industry, so if you were not already drawn in by how fishing affects the environment, then this documentary questions direct human impact too.

I think the risk of making the documentary enhances its impact even further. Tabrizi is constantly followed by Japanese police officers who want to protect the unethical dolphin hunting trade. This adds to the corrupt nature of the fishing industry, therefore enhancing the idea that Tabrizi’s own life is somewhat at risk by attempting to film these conditions.

The only drama to exist in this list of true crime gems, is none other than The Serpent. This is a stylish yet sadistic drama based on the true story of Charles Sobhraj, a French serial killer who preyed on Western tourists travelling through the hippie trail of South East Asia during the 1970s.

The Serpent encompasses the bright and bold colours of flamboyant 70s clothing, in combination with the stunning visuals of South East Asia’s street markets, canals, and mountains (although Tahar Rahim admitted that the cast ended up shooting on sets in Tring, North London, when lockdown hit). Nevertheless, the show’s aesthetic appeal makes for a glamorous drama, which becomes bolstered by its suspense driven narrative and the multitudes of depth to individual characters. Indeed, knowing that the characters are based on real people makes viewing that little bit more intriguing…

Featuring the brilliant Tahar Rahim as Charles Sobhraj, and the fabulous Jenna-Louise Coleman as his accomplice, Marie Andree Leclerc; this drama is an essential binge-watch for your lockdown 3.0 viewing!

If you liked the Netflix documentary Fyre: The Greatest Party That Never Happened (2019), then Operation Varsity Blue will not disappoint you. Released in March 2021, this documentary was created by the same director, Chris Smith.

On brand with the exploration of the fraudulent elite in Smith’s Fyre festival documentary, Operation Varsity Blue is an enticing true story about the corrupt admissions system that exists amongst the leading Ivy league schools in America. It brings into question the concept of educational privilege and delves into the entitled attitudes of some of the worlds well known millionaires and their celebrity children.

Operation Varsity Blue intrigues you with its re-constructed clips of real phone calls that were made between wealthy parents and the organiser of the scheme, William Rick Singer, as well as evidencing how Singer co-operates with the FBI to reveal the shocking facts behind the scandal.

This documentary seeks to demonstrate that no higher authority should be exempt from the law.

Murder Among the Mormons (Netflix, 2021)

For some, the idea of questioning the origins of your faith might feel like the biggest betrayal. Murder Among the Mormons explores what happens when this betrayal is carried out, and how one man managed to warp people’s perception of the truth.

The three-part documentary series investigates how Mark Hoffman fooled an entire religion into believing that his master forgeries were authentic Mormon documents. He successfully makes people reconsider aspects of the religion and its origins. Hoffman then goes on to plant explosive devices, where he successfully murders two people associated with the religion. Murder Among the Mormons therefore evidences the chilling aspect to Hoffman’s fraudulent behaviour and double life, and how it ultimately led to deadly acts of betrayal and ruthlessness.

I think what makes this documentary particularly interesting is that Hoffman challenged the foundations of a religion. The documentary therefore plays with the fascinating idea that human beings believe what they would like to believe, placing doubt as to what can really be classified as authentic and truthful. This feeling of betrayal is made evident by those that feature in the documentary, who shamefully admit to the skilled art behind Hoffman’s forgeries and successful double life.

Murder Among the Mormons is a unique and interesting story to get stuck into.

The Vanishing at the Cecil Hotel (Netlfix, 2020)

This four-part documentary investigates the mysterious disappearance of Elisa Lam, a 21-year-old Canadian student who went missing after staying at the Cecil Hotel in downtown Los Angeles in 2013.

The series relies on the reputation of the Cecil Hotel, which is known to be a hot bed for crime and corruption. The background of the Cecil Hotel therefore makes this documentary all the more fascinating. However, admittedly, it could have been shortened to half the number of episodes. It became easy to lose interest in the middle of the series, where it changes focus from an investigation into Elisa Lam’s disappearance, into a conspiracy theory about the idea of spirits and ghosts. However, after moving on from this, the series enhances the compelling and tragic nature of the Elisa Lam’s story.

The documentary deals with complex themes of mental health, corruption, and neglect, as well as exploring the impact that social media can have on the investigation of a disappearance. It is definitely still worth the watch.

Though this is a slightly older documentary, I think it is still worth adding to the list. What is interesting about this story, is that what happened was not considered to be illegal at the time (the 1950s). Having said this, it is certainly thought to be a scandal, and extremely problematic and unethical now. Consequently, I am treating it as a true crime documentary.

Three Identical Strangers is a baffling story about identical triplets who were split at birth. The documentary re-tells the story of how Edward Galland, David Kellman, and Robert Shafran, discover each other by chance when one of them turns up at the same college. When the three men become a global sensation, the documentary takes a turn for the sinister as we discover the painful truth that they were part of a scientific experiment which tested on a group of identical siblings from the Louise Wise adoption agency in New York.

It is a documentary about the bond between siblings, as well as the harsher struggles with mental illness, and the frustration towards a system which deliberately failed them.

If you are looking for a completely unique documentary which plays with humanist philosophies and ethics, then this is the perfect 96-minute watch.

If you liked this article and want to read more about the true crime genre, then why not check out our documentary review on The Ripper (2020) by clicking on the link below:

The True Crime Genre in Lockdown 3.0: From Ali Tabrizi to Chris Smith by Jessica Doran