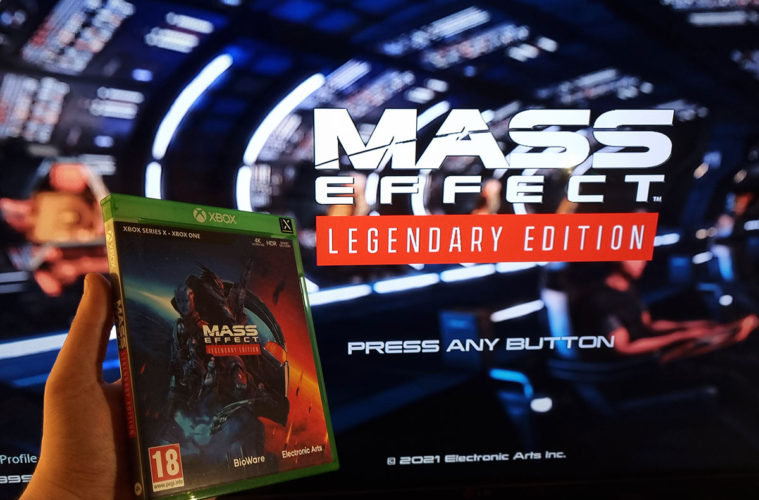 Mass Effect Legendary Edition came as a surprise when it was announced back in November. Fans had been hopeful that their favourite commander would come back in remastered fashion, and the announcement came from nowhere on N7 Day 2020.

Legendary Edition feels like more of a Mass Effect remake than a remaster, with aspects of the game being improved rather than just having a graphical overhaul. A better character creator, all the DLC being included, and even decreased loading times are just a few of the adjustments made to the original games.

Starting off with the most obvious of changes; the graphics are really incredible in Legendary Edition. Visuals in games have come such a long way in the last 10 years, and this is one of the times you can really see the difference for yourself. If you’re a Mass Effect veteran like me, the change in appearances will jump out at you right away. Say goodbye to flat, lifeless areas in Mass Effect 1! Environments now look more realistic with better particle effects and lifelike textures – a major improvement from the 2008 game.

Something I wasn’t expecting to find was smoother character animations. Whether this was on purpose or just a side effect of the games now running more fluidly I’m not sure, but it’s a welcome change. Everything just seems to flow a lot more nicely now, even actions like the transition from running to walking.

Shortened loading times make the games much easier to play. Instead of sitting watching the same screen, or listening to the news announcements and elevator music, you’re now given the option to skip this without being faced with another loading screen.

One thing I was very fond of in the remaster was the updated character creator. Not only are all the meshes and textures improved to make hair and skin look better, but you’re also able to use the default female Shepard look previously only available in Mass Effect 3. While this may seem a relatively minor detail, it’s actually pretty cool as you couldn’t do a full playthrough of all 3 games with your Shepard looking this way before.

My final positive point is that everything is in one place – finally. Not only does the Legendary Edition include the base games of Mass Effect 1, 2 and 3, but almost every single piece of downloadable content ever created for the games. Unfortunately, one piece of DLC is missing due to the original source code being corrupted, but that’s still a huge amount of extra content all included and accessible very easily!

The only negative point I have for this game isn’t even really bad, as it could also be perceived as a positive. Rather than straight up installing all the games at once, the initial install is only for the first Mass Effect game. You then have to install the other 2 games separately. While this is definitely a bit frustrating if you were hoping to play all of them right away, I can actually see why it’s been done. Each base game is around 30GB, and installing them separately also gives you the option to uninstall them. So, rather than instantly having 90GB of your hard drive taken up, you can choose to only have the game you want to play installed at once, and then free up the space when you’re done.

Legendary Edition plays so fluidly, even on a “launch day” Xbox One. I’ve yet to experience any form of lag or glitch, which is definitely impressive considering the game has only just come out. No matter how hard I try, I really can’t find any faults with this remake. Whether you’re a long-standing Mass Effect fan, or looking to get into it for the first time, I would highly recommend giving this game a go.