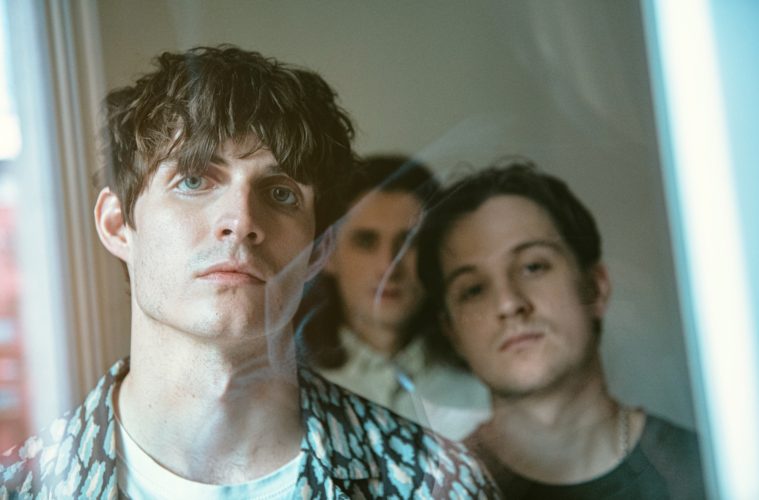 Macclesfield band Cassia are known for their uplifting musical tone constructed by their indie-calypso sound which harkens the chilled vibes of summer. Cassia are soon to release their EP titled ‘Magnifier’, which they are to take on tour across the UK, parts of Germany, and The Netherlands beginning in October. Pre-empting the EP, which is due to be released in July, Cassia have just released their new single ‘Right There’. Cassia have already received praise from BBC Radio 1 DJ’s such as Clara Amfo, as well as having been premiered by Annie Mac on BBC Radio 1. We caught up with Rob from the band to chat about Cassia’s new music and their forthcoming EP…

To begin, I wanted to get a little background for those that might be unaware. Where did the name ‘Cassia’ come from and when did you first form the band?

So at first me and Lou started playing gigs around town in Macclesfield, playing local pubs and clubs. Back then Lou used to play kick drum, bass, and sing, and in the end, the pressure was too much for him to handle! So we thought that maybe it was time to start looking for a decent drummer. We started going on multiple nights out in Macc hoping we’d bump into one and eventually we stumbled across Jake in Wetherspoons half pissed. Lou happened to know Jake prior to meeting him and I had heard only good things about him working on pro session bits down in London, so we were a bit nervous about asking him to join. We downed a couple of pints and plucked up some courage to ask the guy and he said yeah – hooray! A little later down the line we ended up grabbing ourselves a djembe drum which later made up for a huge part of our sound on the first album – the drum was made out of cassia wood, so we were like: “Cassia, that’s a decent name,” and it stuck!

Your music has been described as having a ‘calypso-flavoured’ style. Where does this calypso inspiration come from and is it something that you aim to achieve in all of your music?

Our first album was definitely influenced by a lot of West African styled music and had a bit of a calypso flavour. My grandparents used to live in Zambia and when they came back to England they brought with them loads of cool sounding records and that’s where the inspiration came from. 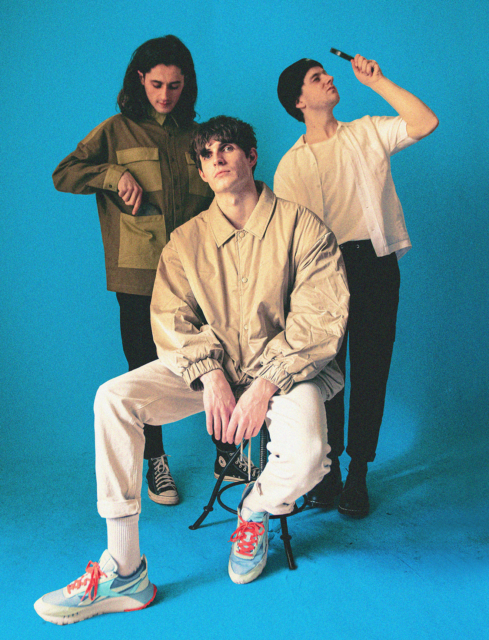 Let’s talk about your forthcoming EP which is due to come out this July. It makes me think of summer festivals (Latitude namely), and the beach, but what did you personally aim to achieve with ‘Magnifier’?

This new EP really does take a lyrical deep dive into an introspective outlook. The songs were written and recorded In Berlin mid lockdown and we really used that situation as fuel to create this music. I think, for us, we wanted to seriously push the boat out in both the songwriting and production as we recorded and produced the work ourselves. I think being there every step of the way really makes us feel very connected to this EP.

How did you end up picking which songs featured on the EP? (are they your favourites? Fans favourites? Most meaningful?)

We had a list of demos and ideas which were written over the course of around four or five months, so these songs had never been played live before. When it came down to deciding which ones we wanted to work up we were almost always focusing our efforts on finding the best melodies out of the bunch. We really do believe that a good melody is what makes a song truly great.

How does your latest single ‘Right There’ speak to or differentiate from your previous work?

I think, because this song started off as a slow piano tune, the emphasis was originally put on the lyrics and melody. But wrapping all of those emotive lyrics and sentiment up in a fast-paced energetic backing track made the song really come alive, it gave it a different spin compared with our other songs.

I’d love to know more about ‘Casa de Cassia’, the home you’ve recently moved to in Berlin. Next to a forest, it sounds almost fairy-tale like. What made you move to Berlin?

The reason we moved to Berlin was because our manager basically said that we could live in her office and build a studio in one of the spare rooms, so we didn’t spend ages thinking this one over! At the time we had spent ages looking for a place in Manchester where we could all live with an extra room for a studio but it was just way too expensive so we kind of fell on our feet with this one to be honest. We were insanely lucky!

What is your band dynamic like in the studio/home?

Yeah, it’s all good. We basically just do music all the time and Lou can cook which means we can survive; it’s a good laugh!

You’re already set to perform across the UK and parts of Germany and the Netherlands with your ‘Magnifier Tour’, but where would be your ideal venue to play at and why?

I think for me it would have to be the O2 Academy Brixton in London as it’s just one of those iconic, milestone venues.

Is there something that you haven’t yet explored with your music but that you’re itching to try?

I’ve always liked the idea of doing a concept album, so I think that could be pretty cool. I used to play the saxophone as a kid and I thought maybe I should dust it off and pull that out again, we’ll see!

To conclude this Q and A – who would you most like to do a collab with and why?

I would probably say Tame Impala or Jungle!

You can listen to more of Cassia’s music via their Spotify page here.