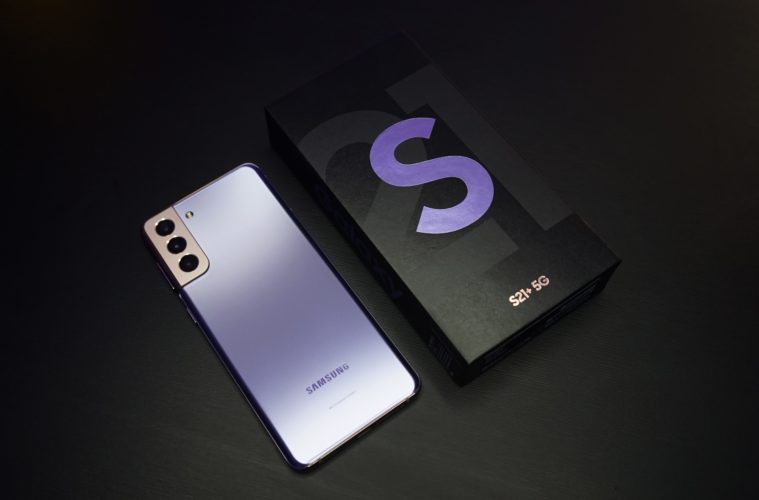 Releasing in just January of this year, the Samsung Galaxy S21 range is the newest addition to the S series family. With more RAM, higher quality cameras, and a smoother screen, these were set to be the best Samsung phones yet.

The Samsung Galaxy S21+ is everything you could hope for in a phone, and more. From an excellent camera to a fast and smoothly operating screen, this phone went far beyond expectations.

Let me start off by saying my first recent Samsung phone was the S7 Edge, 5 years ago now, and I was almost immediately converted. Samsung phones seem very easy to use, and extremely reliable. That first S7 Edge is, in fact, still working perfectly fine today, just a bit slower than it used to be.

Back to the S21+: this phone has an awful lot of positives and very few negatives. It’s extremely fast, boasting an ‘Octa-core’ (eight processor cores) CPU and an impressive 8GB of RAM. Not only does this improve the speed of things such as social media, but also makes it an excellent choice of phone for mobile gaming.

In addition to its speed, the S21+ has an incredibly smooth feeling screen. Scrolling or swiping feels just like your finger is gliding over it, and the screen flows seamlessly. The smoothness combined with such a high quality display makes this an absolute winner, in my opinion, especially for streaming shows or movies, or even just scrolling socials.

The camera quality is almost professional, beaten only by that of the Samsung Galaxy S21 Ultra. Although, with three rear-facing cameras all working in unison, what do you expect? The picture does get a little blurry when you zoom in too far, but that’s pretty typical of mobile phones.

On top of all this, the Samsung Galaxy S21+ is also very easy to use. Everything is really obvious as to where it is, how it works, and it even guides you through processes. The tutorial when you start up the phone for the first time is so comprehensive that it feels like you’ve been using the phone for months already.

Now, onto the negatives. For a start, there’s no SD card slot. Obviously this isn’t a huge issue in the age of technology; there are multiple replacements that plug into the charger port. At the same time, SD cards have been around forever. It feels strange to suddenly stop using one, especially when you’ve used the same one for years.

On the topic of “missing features”, the lack of headphone jack came as a bit of a surprise. It’s for good reason, of course: no headphone jack means the phone can be thinner and therefore lighter. That doesn’t stop it excluding people who can’t afford a pair of Bluetooth earphones, though. Granted, there was a limited time promotion of receiving Samsung Buds with a phone purchase.

My final negative would have to be the size. This phone is absolutely massive. While definitely not a bad thing when it comes to screen resolution and quality, it does make it difficult to hold. I actually ended up having to get a grip for the back of mine just to make it more comfortable.

Overall, I’d have to say this is the best phone I’ve ever had. The negatives are such tiny things in comparison to the positives that once you get used to the phone, you pretty much forget about them. Meanwhile, you notice the great aspects nearly every time you use it. If it’s within your budget, I’d highly recommend the Samsung Galaxy S21+ for anyone and everyone.