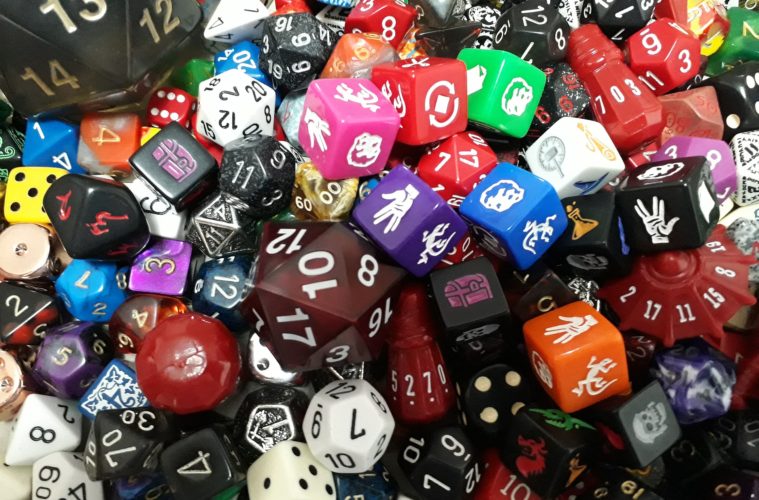 Dungeons & Dragons is a hugely popular table-top RPG, and has even been adapted into a few video games. Asides from these adaptations, there are many other games that give off a “D&D” feeling, such as Skyrim. Here are my top 5 Dungeons & Dragons style games.

The Souls series is renowned for being extremely challenging – especially Demon’s Souls. In this games series, you have to pick a class for your character at the start – much like in Dungeons & Dragons. You also have a lot of freedom with your character, and your chosen class doesn’t depict which weapons or armour you can use. In fact, all your class does is determine your starting stats and equipment. While this is really nice, especially for beginners, it does stray away from the Dungeons & Dragons ideals slightly, as your class in the table-top RPG restricts you more.

The fifth instalment in the series, The Elder Scrolls V: Skyrim is everything an RPG should be: beautiful, expansive, and a pleasant mix of story and exploration. While this game doesn’t feature the specific classes that the Souls series does, there are special abilities you can level up which make you more proficient with things. Skyrim also gives characters bonuses based on their race (for example a Nord gets 50% resistance to frost, or an Altmer gets Magicka bonuses), which is similar to the racial bonuses obtainable in Dungeons & Dragons.

In Dragon’s Dogma you are accompanied by characters called ‘Pawns’. You can swap and change these at your will, and they each have different abilities based on their vocation. Vocations are effectively classes, like in the Souls series or in Dungeons & Dragons itself. Rather than having them all laid out to you like in Souls, you are able to pick a vocation, and then learn a specialised “hybrid” version as you level up.

Taking place in the Dungeons & Dragons Forgotten Realms campaign setting, this series is about as close to a computerised version of the table-top as you can get. In fact, the only reason it’s not taken the top spot is that it technically is an actual Dungeons & Dragons game, rather than one that’s just styled similarly. Baldur’s Gate is heavily story driven – as a campaign should be. There are also 11 different main classes, and loads of subclasses. In addition, the gameplay follows the 2nd Edition of Dungeons & Dragons’ rule-set.

A personal favourite of mine, Dragon Age: Origins is a defining game of the RPG genre. What helped with this was the Dungeons & Dragons aspects, such as the ability to choose different classes which then allows you to learn certain spells and skills. The game is also heavily story-focussed, and your decisions have a huge impact on the game’s ending and future quests. The relationships and banter between the characters, the battle tactics, and even the gameplay are very reminiscent of Dungeons & Dragons, and that’s why this game made it to number one on the list.