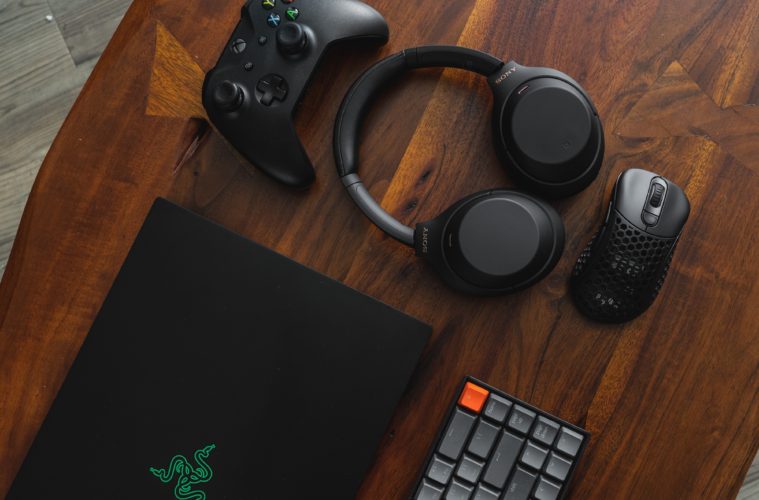 The gaming event made a triumphant comeback this year with E3 2021 after being cancelled in 2020. While several companies (such as PlayStation) were absent, many showed up to present a wide variety of games. Even developers who have previously never showcased at E3 were there this year.

E3 2021 kicked off on Saturday evening with Ubisoft marking the first of many presentations over the 4 days. While day 1 was fairly short, the company certainly packed their presentation full, and it was an exciting start to the event.

Ubisoft began by showing the next entry in the Rainbow 6 series: Rainbow 6 Extraction. This game features 1-3 player co-op as well as new regions for the players to explore. The enemy is also much smarter in this game than previous, with certain types spawning in response to the player’s presence. Extraction will also feature crossplay, and will therefore be able to be played with friends on different devices.

They then went on to unveil a few smaller titles, such as Rocksmith+ (a subscription service for guitar education), Riders Republic, and Just Dance 2022 (releasing on November 4th 2021).We got a brief look at Far Cry 6, and a stunning new game coming out next year (2022) called Avatar: Frontiers of Pandora. This game is based on the world created by James Cameron, and it looks almost identical to it. The graphics are incredible and I think it’s going to be really exciting to see what this game brings.

Ubisoft also announced that they’re bringing out new DLC for Assassin’s Creed Valhalla which will be set in Paris, as well as a few updates bringing in 1 handed swords, infiltration missions, and new abilities and gear. The DLC is called Siege of Paris and will follow Eivor on a trip to war torn Francia.

And, of course, Ubisoft had one final surprise in store. Mario + Rabbids: Sparks of Hope. This game (due to release in 2022) look absolutely ridiculous – in the best possible way. Explore the galaxy as Mario and his Rabbid friends and pick from 9 different characters to create your team.

Following Ubisoft were the developers of Borderlands. Gearbox gave us an update on Tiny Tina’s Wonderlands (an action RPG starring Brooklyn Nine-Nine’s Andy Samberg) including an insight to gameplay. We also got to see a game being released much sooner, called Tribes of Midgard. This survival game is set to release on July 27th 2021.

Xbox started off day 2 of E3 2021 by showing off some of their games created by their new partners; Bethesda. Starfield – Bethesda’s first new gaming world in 25 years – was unveiled, beginning the presentation with a bang. While the clip was only short, this space-themed game certainly caught a lot of eyes, and definitely gave off some Mass Effect vibes.

Xbox then went on to reveal a number of games, such as S.T.A.L.K.E.R 2, Contraband (an open world co-op adventure), Diablo 2 Remastered, Plague Tale: Requiem, and Outer Worlds 2. We also got a closer look at Halo Infinite, showing us the free-to-play multiplayer, the largest environment the studio have ever created, and a brief glimpse into the story.

Back 4 Blood (Left 4 Dead’s successor) also made an appearance, demonstrating some gameplay mechanics. This game is set to be a 4 player co-op, with the option for PVP. Back 4 Blood is due to release on October 12th 2021.

Battlefield 2042’s ability to have many people playing in the same game at the same time was also demonstrated. We saw 128 players all playing simultaneously with no lagging issues. In addition to this, the game looked amazing, boasting some very realistic looking graphics.

E3 2021 crowned Forza Horizon 5 their most anticipated game of the show. Featuring a vast open world, ultra realistic graphics, and many different challenges to partake in, it’s easy to see why this game won the title.

Following on from Xbox, we then had a presentation by Final Fantasy developers Square Enix where they gave fans a look at Marvel’s Guardians of the Galaxy (due to release on October 26th 2021).

Square also announced that they’d be bringing the original Final Fantasy games (1-6) out on PC and mobile devices, as well as a new mobile game called Nier Reincarnation.

The fifth entry to the series, but the third main game, Life is Strange: True Colors is set to come out on September 10th 2021. Alex Chen has the ability to read people’s auras and feel their emotions, and you play as her as you strive to uncover the secrets of a small town.

The final game Square Enix showcased was Stranger of Paradise: Final Fantasy Origin. We saw a trio of characters determined to defeat Chaos in a very dark setting. The demo is available to play on PS5 right away (now that the major issues surrounding it have been fixed).

The PC Gaming Show displayed a wide range of games, most notably Dying Light 2: Stay Human – the sequel to the survival horror RPG. Stay Human is set to release on December 7th 2021 and will feature a day and night cycle as well as choices which affect the outcome of the game.

A few other games were also announced during this presentation, such as Soulstice (an action adventure game releasing in 2022), They Always Run (a space-western themed side-scroller), and Songs of Conquest (a turn-based strategy game featuring RPG elements).

Day 2 finished off with the Future Gaming Show, which revealed some pretty cool looking games. Releasing on the 7th of September 2021, Sonic Colors Ultimate is a remaster of the original Sonic Colors. As well as this remaster, several new games were announced. Grow: Song of the Evertree is a casual action adventure game with a very bright and colourful world planned to release later this year. Eldest Souls is almost the opposite; a fast paced and difficult RPG where the player must defeat large and powerful bosses.

Blankos Block Party was unveiled by Mythical Games. The basis is that this is what vinyl figures get up to when no one is around. It’s an MMO containing skins for characters which are non-fungible tokens, allowing them to be sold and bought on the game’s marketplace. The game is available now in early access.

The Indie Showcase was an exciting part of E3 2021, allowing lesser-known developers to show off their games to the general public. While there were loads of games revealed during this segment, these are some of the highlights.

Tunguska: The Visitation is a survival horror game. Unlike a lot of modern games, the developers opted for a top-down perspective, allowing the player to look around a little bit easier as well as giving them a nostalgia kick. This game is available right now from Steam.

Due to release soon – but with no specified date as of yet – is comic book style action game Fallen Aces. It has 3 episodes with hand drawn cutscenes. Your job is to discover and deal with the problem of the A.C.E.S (guardians of the city) being taken down.

Finally, Falling Frontier is a sci-fi real-time strategy game. You’ll explore space and find yourself in battles where you must defeat your enemy to conquer the system. This game will be available on Steam later this year.

Freedom Games were up next, revealing Coromon, a game similar to Pokémon. Explore a pixelated world filled with monsters for taming, trainers to battle, and many puzzles and challenges. Coromon is due to be released later this year.

Capcom showed the new entry to the series: Monster Hunter Stories 2: Wings of Ruin (releasing on July 9th 2021). Following the mass disappearance of a species all over the world, you meet a character who’s charged with protecting a mysterious egg, and from there your story develops.

As well as a new Monster Hunter game, Capcom also announced that the latest game in the Resident Evil series would be receiving DLC. Unfortunately, this was only a brief announcement, and no details of the DLC have been released as of yet.

Closing day 3 of E3 2021 was Razer’s presentation where they unveiled some brand new tech, including some new, powerful headphones. There was also a brand new monitor (the Predator 27). This is the first ever THX certified monitor. Next was the Blade 14 – “the world’s most powerful 14-inch gaming laptop”. Containing a vapor cooling chamber and 88 fan blades, this laptop can keep cool playing even the most intense of games. Last up was the USB-C 130W GaN Charger, allowing you to charge many products, and a few devices simultaneously.

A new Metroid game was also shown: Metroid Dread. Keeping faithful to the originals, this game is a side-scroller. However, there will be new enemies to encounter throughout the story, which you can experience as of the 8th of October 2021.

Coming out on November the 12th 2021 is the next entry to the Shin Megami Tensei series. You play as Nahobino – a character who is neither human nor demon – and follow him on his quest to save the world.

Finally, Nintendo gave us more news on the upcoming Breath of the Wild sequel. Judging from the two short trailers we’ve had over the past few years, this game could be the darkest Zelda game yet.

We got news from Bandai Namco of adventure game House of Ashes, revealing it will be set at the end of the Iraq War where soldiers stumble across an ancient tomb full of strange creatures. This title is set to release on the 22nd of October 2021.

Wrapping up the events of E3 2021, Yooreka Studio showed footage of 3 games, all set to be released later this year. Loopmancer is a 3D platformer in a cyberpunk setting, following the story of a detective who died and came back to life.

Next, Yooreka showed The Swordsmen X: Survival. This is an open world adventure game focussing on – you guessed it – survival. Your goal is to defeat enemies and eventually become a full martial artist.

That’s it for E3 2021! Personally, I’m really excited for a lot of these games, and can’t wait to see what they’re like on release. There are several studios that weren’t present this year (such as PlayStation and Activision), so hopefully we’ll hear something about their upcoming games in the coming weeks. In the meantime there’s lots to digest from this event, and a huge amount of speculation to be had around many of the games!