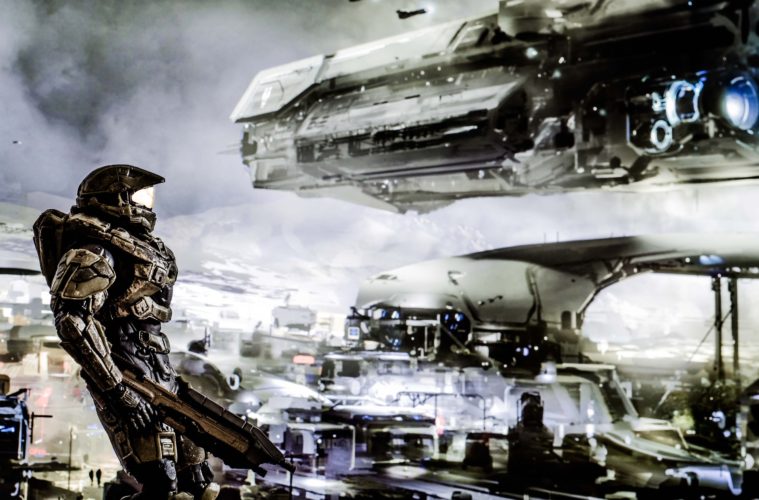 Set to release in Autumn of 2021, it shouldn’t be long before we can get our hands on the next game in the Halo franchise, Halo Infinite. With the welcome return of some of the original designers from the earlier games, 343 Industries’ “Halo Infinite” is undoubtedly one of the most anticipated releases of 2021.

343i, the company behind Halo, were given plenty to work on following a mixed bag of reviews and feedback from the July campaign demo. They decided that they needed more time to make sure the game served the fans expectations well. On top of this, they wanted to do Master Chief and the franchise justice. The team has since written that they spent the last months with their heads down working hard. One of the main efforts was to update the art and graphics, which had previously left fans a little disappointed.

While many fan reactions had people excitedly cheering “117” online, there were also complaints. Many felt disappointed with how the game looked. One of the main concerns was that the game was only months from release, but the art was lacklustre. Halo has long been a flagship title for Microsoft’s Xbox, and the graphics weren’t holding up to fan expectations. So after some closed-door discussions at 343 Industries, the company pushed the game’s release back an entire year.

Nicolas Bouvier, Neill Harrison, and Ani Shastry, all members of the creative department for Halo Infinite, wrote in a blog that the original demo for the game was exactly that: a demo. The art in that demo was never going to represent the final product. Yet, they all agreed that even for a work-in-progress state, the level of art and visuals at that time was below the expectations even they held for the game. Neill Harrison stated that he felt as if Halo 5 didn’t listen to player’s feedback. This was something they wanted to improve on.

The latest games had seemed to be derailing from the visuals people had come to know and love. And trust in the company that took over from Bungie after Halo: Reach began to waver. Still, the creative team members have emphasised they want to realign the art style with the classic games. This gives us high hopes for Halo Infinite and the future of the Halo franchise, as with the intent of returning to the classic art style, Halo Infinite is sure to evoke sentimental feelings and revive the franchise.

343 Industries’ History of Failure and Success

Created by Bungie, the Halo franchise has been an ongoing critical sensation. However, Bungie departed the series after releasing Halo: Reach, which is argued to be one of THE best games in the franchise. Following this, 343 Industries took over, and since then, the quality of the games has been a little mixed. Despite Bungie handing Halo over to 343 Industries in 2012, the shadow they cast still looms over the newer releases. In fact, 343 Industries’ first entry in the franchise is considered by many to be the weakest game in the line-up.

Halo Infinite may well give 343i a much-needed chance to redeem themselves and earn back trust. After pushing the game’s initial release back by a year, some fans were left frustrated. But this only proves that the company has listened to the reviews and feedback of the players. With the approval of their fans in mind, Halo Infinite might well be an ode to Halo: Combat Evolved, the first game in the franchise.

It’s hard to beat the feeling Halo: Combat Evolved inspired in people. The game was fresh, the idea was new, and the console was coming to life around that time. Nonetheless, with the creative team working hard to improve the game’s artistic direction, Halo Infinite has all the tools to be the best release in the franchise. Adding new and interesting mechanics to the game while revisiting what made fans originally fall in love with Halo could be the combination that frees 343 Industries from Bungie’s shadow. Check out the 2019 trailer below to tide you over until the game’s launch in Autumn 2021!