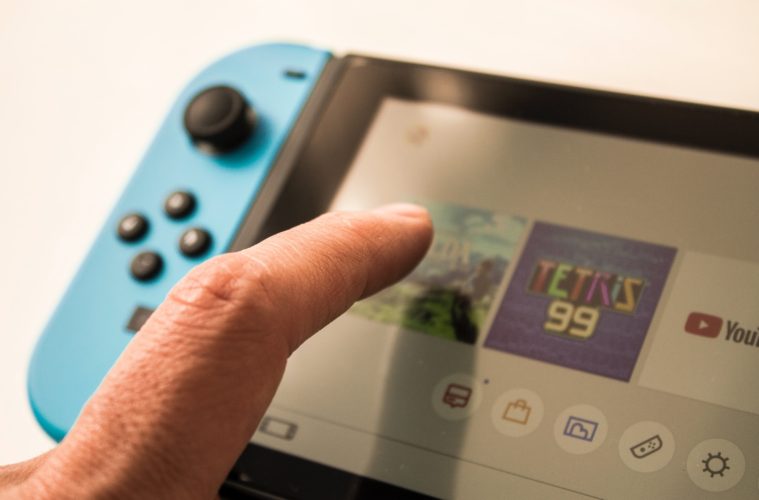 Breath of the Wild’s mysterious Zelda sequel received a new trailer at E3 2021, revealing a little bit more about the upcoming game. While it’s still pretty unclear what the basic premise of this new game will be, the 2 trailers we’ve seen have definitely given us some hints.

The first trailer for the new Zelda sequel was shown to the public in 2019, leaving an awful lot to the viewers’ imaginations. This starts off with glowing green “squiggles”, which seem to almost form letters and create a large spiral with something in the centre. A little further in and we see that this is coming from a hand that appears to be holding on to a skeletal looking body. A red and black smoke-like substance (which we know from Breath of the Wild is called ‘malice’) emanates from the figure and radiates out into the surrounding area before the figure’s head snaps to stare right at the camera, eyes now glowing orange. Now, I believe that this skeletal figure is previous antagonist Ganondorf, due to the jewel sat in the middle of the head and the Gerudo markings on his jewellery. After a closer look at this trailer (and many play-pause sequences) there are a lot of smaller details that may be missed after just watching the video regularly. For example, there’s a scene that lasts for less than a second where we see Link being “attacked” by the very same hand that’s holding the mummified body. It also seems to absorb his arm, consuming it and changing it into itself. During these brief flashes of film, we also see the ground collapse underneath Zelda, Link reaching out to grab her, and the glowing hand then reaching out to grab Link (obviously before the hand has joined him). Right at the beginning of the trailer you can hear a gentle heartbeat, which you might think is just to set a spooky atmosphere. However, at the very end, we hear the same beat, only much faster now, which likely means it’s because the force of evil being held captive by the hand is now awake.

The second trailer was shown at E3 2021. Not only was it longer, but it also highlighted a lot more detail for this Zelda sequel than the initial one did. This starts with more malice snaking up and across the screen before absorbing Link’s arm – similar to how the glowing substance did in the first trailer. Then, the mummified figure is standing, and appears to open his arms, almost like he is controlling the malice. We then see a scene where Zelda seems to be falling into a dark abyss. After this short sequence, we’re welcomed with a bright light, and shown Link skydiving, in a pose that’s pretty much identical to Skyward Sword – so perhaps these games may be closely linked. He then paraglides in between a load of floating islands, so we can definitely assume that this game is going to be set at least partially in the sky. During this part of the trailer Link is also dressed very differently to what we got used to in Breath of the Wild. His hair is much longer, but returns to the shorter state later on in the trailer, implying a potential time skip within the game. Whether the game is just set over several years, or there’s some way to travel between times (like in Ocarina of Time or Skyward Sword) I’m unsure, but it’ll be interesting to see. We then get to see something more familiar – Link paragliding to the ground in front of a Stone Talus, only this time it has a Bokoblin base on its back. The trailer then cuts to a much darker scene where we see the glowing hand on Link once again, and we get a close up of the mechanical looking jewellery. Nintendo also show off a few new abilities in this trailer, one of which is similar to ‘stasis’ from the previous game; Link can stop time on objects, and then reverse the time on them, sending them back the way they came and defeating enemies in the process. However, rather than the abilities being controlled by the ‘Sheikah Slate’, Link now seems to be able to use them just with his new hand. There also seems to be some new – and rather interesting – gear, as we see him wielding a shield that doubles as a flamethrower. The final new ability we get shown is the potential to warp from puddles to some of the sky islands, which is presumably how we’ll navigate around the environment. The trailer ends with Hyrule Castle separating from the earth and rising up into the sky.

Expectations for this Zelda Sequel

If these trailers, plus the events of Breath of the Wild, are anything to go by, this looks like it could be the darkest Zelda game to date. There appears to be so much destruction, far more than any previous game, and it will be really interesting to see what they do with this. In addition to the cataclysmic story, it seems like this game may return to its roots a little bit, as a few structures from the trailers are reminiscent of dungeons from previous games, while Breath of the Wild didn’t have any strict dungeons. Whatever the future holds for this Zelda sequel, I’m excited for it, and I can’t wait to see what Nintendo unveil about it next.