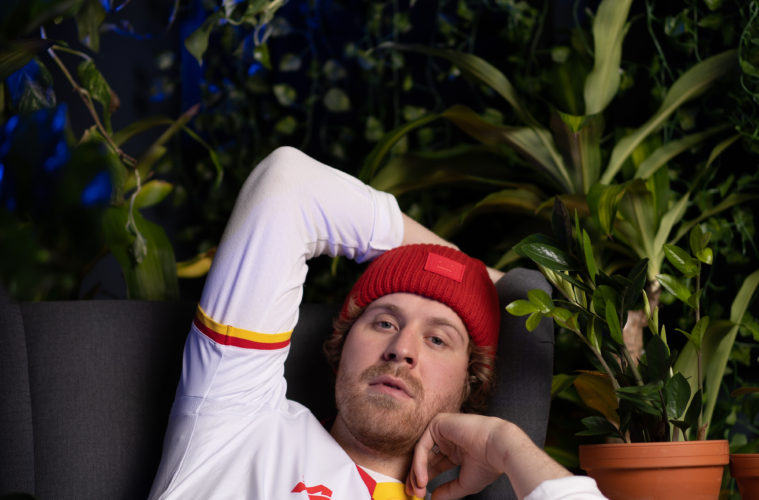 Aleks Grey has just released an acoustic video for his latest single ‘B.A.B.Y’. Premiered exclusively by The Student Pocket Guide, this new single is a raw ballad. Alongside Aleks, the track features vocals from Sophie Kroken and Sebastian Berg. Together, the trio make this single soft and harmonising to reflect the earnest emotions of heartbreak. Inspired by the likes of Coldplay and The 1975, Aleks Grey is soon to release more music to reflect his newfound honesty within his song writing . In an interview with The Student Pocket Guide, Aleks describes his musical style and discusses the future for his new acoustic sound…

Hey Aleks, thank you for having this Q and A with me; it’s great that SPG gets an acoustic exclusive of your latest single ‘B.A.B.Y’!

Firstly, for those that might not know you, how would you best describe your music style?

I would describe it as chill, organic pop with inspiration from Lauv, Troye Sivan, Coldplay, The 1975. A few years back my style was more heavily influenced by EDM, and almost 100% electronic, whereas now, I use more acoustic instruments. A friend of mine, Madelene, plays violin in The Norwegian Opera in Oslo, so I get her to tag along in my studio as often as she can. I just bought an old piano (which I use in the acoustic video). So basically I build my songs, and most of my songwriting around an acoustic instrument and a lot of vocals, then I start to produce more electronically around that foundation.

You’ve released two new singles in 2021, both of which have gained recognition by being played on radio stations such as the BBC. What inspired you to write ‘I Can’t Make It Better’ and ‘B.A.B.Y’?

‘I Can’t Make It Better’ is about the relationships that you just can’t fix. No matter what you say, or what you do, you just can’t make it better. I think we’ve all been there, whether it is a ‘good’, clean break, or a messy break up – it just comes to that point where words don’t really have any meaning anymore, and saying sorry (or hearing that word back) just doesn’t mean that much anymore. ‘B.A.B.Y’ (being alone that breaks you) tells you the story of someone who’s afraid to take a chance on a relationship, or real love, if you will. Going by the bare minimum, like a summer fling, or a flirt on a night out, because you’re too afraid of letting yourself go, but at the end, what truly hurts is waking up alone. They say love really makes you, but it’s the being alone that breaks you. 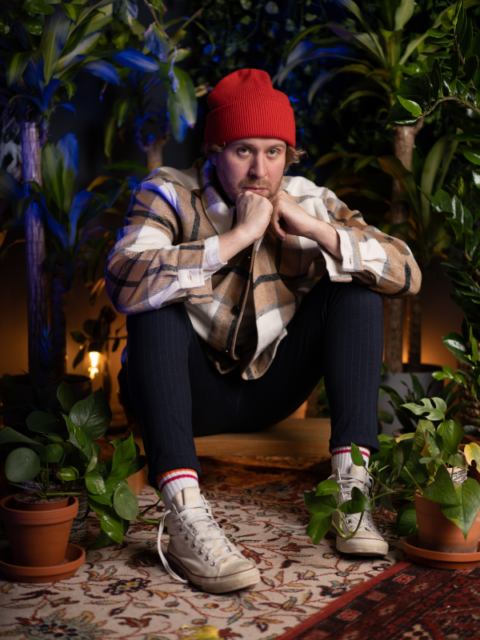 You performed your 2015 single ‘Feel Alive’ live for SPGTV and I definitely got Mumford and Sons circa 2010 vibes. In what ways do you feel your new music differentiates from that of your previous EP ‘SOULS’?

Ah, yes, haha! I really fell in love with that Mumford and Sons album, with tunes like ‘Babel’ and ‘I Will Wait’. Back in the days I used to play a lot in bands – and more rock than pop. So, turning the time back 5-10 years I was heavier influenced by rock and folk-rock like Mumford and Sons. In some ways I’m moving back to the more organic sound and vibe, as I mentioned, with more acoustic instruments – but then again I’m more influenced now by pop artists such as Lauv, Alexander 23, Sody, Cavetown and The 1975 to mention a few.

Has lockdown/ COVID restrictions impacted your creativity at all?

In some ways, yes. Since moving from Liverpool to Oslo in 2016 I’ve been working part-time besides working on my music and music production. I actually quit my part-time job one week before the lockdown in Norway (great timing). I built a studio with my two mates, Seb and Petter, and we quickly managed to get a few projects going – so I actually managed to get by just writing and producing music. The lockdown also provided me with a lot of extra time to write and produce my own stuff, which was kind of on the down-low after my latest release in 2018. I kind of figured out my sound and what I wanted to do and got back on the horse. I really picked up my collaboration again with my label Toothfairy, songwriters, and my favourite producer Sivert Hagtvet. In many ways things really picked up, and I had a lot of ideas for new songs. On the other hand, you don’t get a lot of new impulses and experiences, so now I’m really looking forward to travel, meet up with old and new friends and just make some new memories, because my ‘well of ideas’ is pretty much dried up.

It’s exciting to hear that you’re set to release more music later this year! Can you tell us a bit about your next single ‘Myself Hurt’?

I’m really excited about this one actually! The title makes it sound really depressing, but ‘Myself Hurt’ is really a love song. When you meet someone that just blows your brain out and makes your heart go crazy like that flying car in Harry Potter and the Chamber of Secrets (2002). It’s a little anthem to all those out there who overthink every situation, and especially when it comes to love. The other person might not even do anything wrong, or make you feel bad in anyway, rather the opposite – but instead of enjoying it, you start to make up scenarios about all the different ways this could go wrong (I make myself hurt the most).

When can we expect to see another album and what would you next like to explore through your music?

I’m constantly working on new music and I hope to release more singles continually throughout 2021 and 2022. In many ways, 2020 and this year have been a restart for me as an artist, and how I write songs, and what I write about and how I write in terms of my language etc. It feels more honest and raw, rather than before, where I used to hide a lot of emotions and thoughts in metaphors. I really look forward to writing more and exploring this new way of writing. I’m also collaborating with some wonderful writers such as Iselin Solheim, which is amazing, because she’s a talented writer, and she really sparks some ideas in me and helps me to find new angles to old
stories or thoughts. I also produce more of my own music now; for every song, I make my own production with all my ideas, then I bring it to Sivert Hagtvet who’s a producing genius and a wizard. Then we finalise the songs together. It’s a lot of new relationships in motion and ways to work, so I’m excited about the months and years to come!

I love asking artists this question: who would you most like to do a collab with and why?

This is a though question, but I’ve always been a massive fan of Coldplay and Chris Martin. He’s a one of a kind performer and songwriter that I would just love to work with. Ryan Tedder from OneRepublic is also a hit machine. I would also love to go to LA and just hang out with Lauv, Julia Michaels, JP Saxe, Alexander 23, Troye Sivan, Conan Gray and those guys. Sorry, tough question, it’s hard to mention only one.

What has been your most cherished moment in your career so far?

That’s a tough one; I don’t think I’ll be able to pinpoint just one moment. I had an amazing time in Liverpool and the UK. I got to do a BBC session at The Cavern Club in Liverpool which was an amazing experience. I also got to play at The Etihad Stadium in 2016 pre-kick off between Man City and Leicester (Leicester won the game, and the league that year!). In 2019 I went on my first international tour in Germany where we played for almost two weeks, and I especially remember our opening night at Sojus 7 in Monheim. We played a venue in the middle of Germany and people was singing along to my songs which was absurd and amazing!

Finally, for those that are fans, where can we expect to see you perform live in the upcoming months?

Hopefully, we’ll be playing a few shows in 2021, but my focus now is to write new music and release new tunes throughout this year, and hopefully, the world is back to normal next year and next summer; hopefully, we’ll get to play shows here in Norway. I also have great plans to go back to the UK again to write music with old friends and to play some live shows again!

You can listen to more of Aleks Grey’s music here.