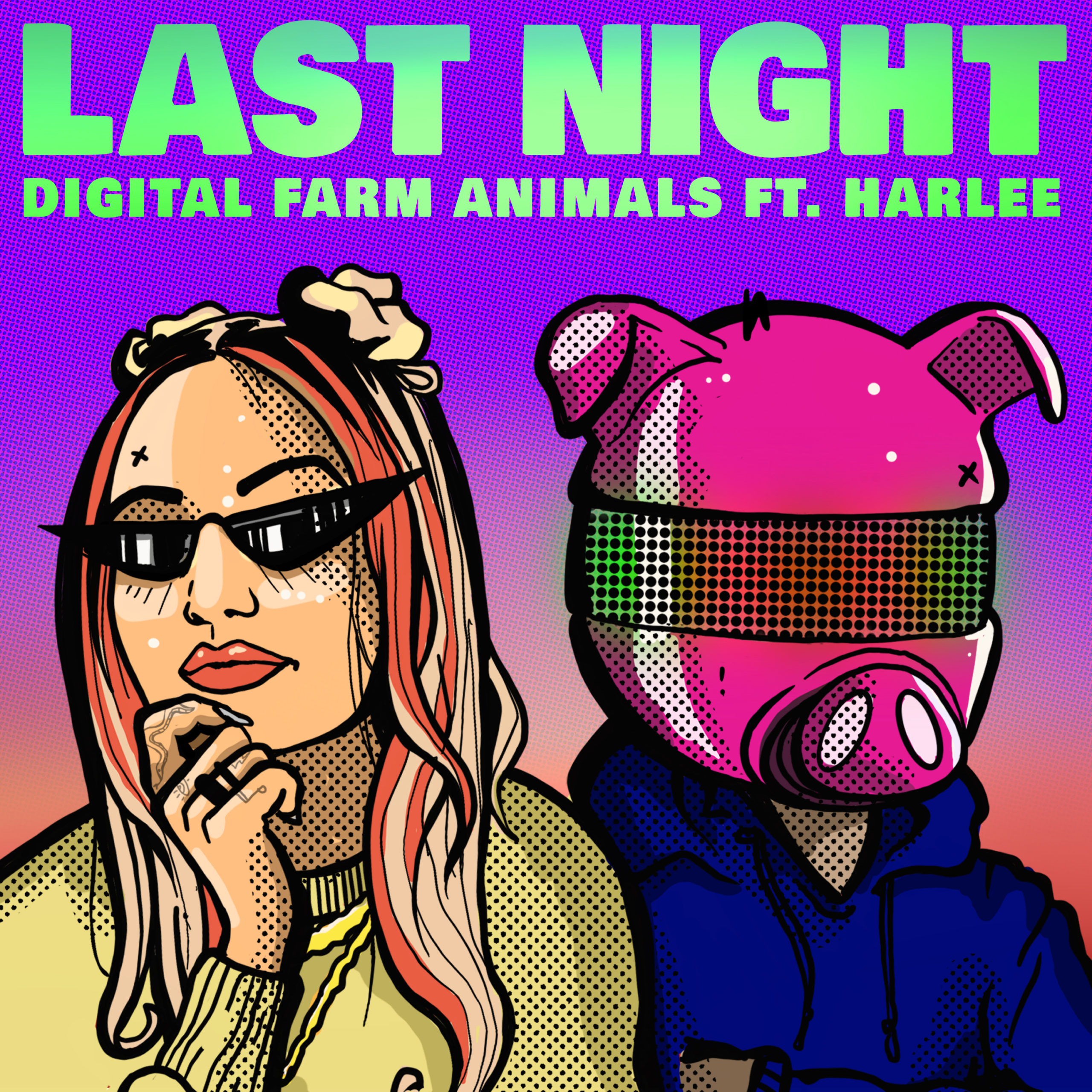 Digital Farm Animals is an English DJ, producer and singer-songwriter known for his electronic-pop tunes. His single ‘Don’t Play’ was released earlier this year with Anne-Marie and KSI and impressively reached number 6 in the UK charts. Now, pre-empting the easing of lockdown restrictions, Digital Farm Animals has released a new party anthem titled ‘Last Night’ with singer-songwriter HARLEE. You might know HARLEE for being the voice behind Joel Corry’s single ‘Lonely’ – a track which also reached the top five in the UK charts last year. Following the release of ‘Last Night’, Digital Farm Animals and HARLEE spoke to The Student Pocket Guide about the making of their new anthem, who ‘Last Night’ is aimed at, and what we can expect to see from each artist in the forthcoming months…

Hey Digital Farm Animals and HARLEE, thank you for having this Q and A with me!

Let’s begin by adding a little context for anyone that might not be so familiar with your music: how would you best describe your music style?

Digital Farm Animals: My music is influenced by a range of different genres but my main music style is pop and EDM. I also like to include elements of garage, house and hip-hop when writing. Overall, my aim is to create feel-good, catchy music that will have you singing and dancing along in no time!

Digital Farm Animals: I have a home studio where a lot of my music is created – you may have seen some videos of it on my TikTok! I also do a lot of co-writing sessions which I love, and thankfully now we’re moving away from Zoom sessions and getting back into the room. I can’t wait to travel and co-write with artists and writers from around the world again. 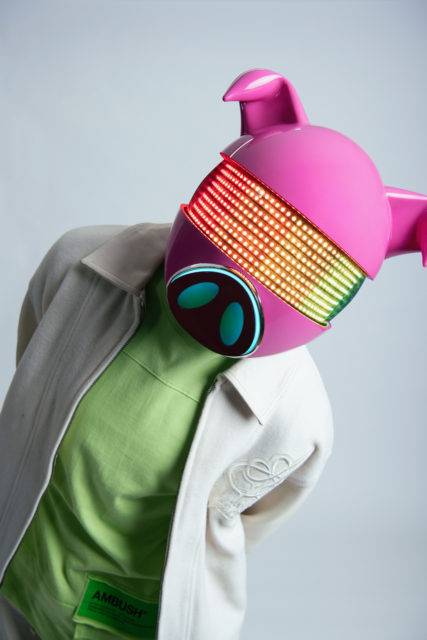 You have already collaborated with some insane names in the industry (Anne-Marie, Bebe Rhexa and Louis Tomlinson to name a few), but who would be your ideal artist to collab with?

Digital Farm Animals: Definitely Paul McCartney. I grew up listening to The Beatles and he’s one of my biggest inspirations.

Your previous single ‘Don’t Play’ (with Anne-Marie and KSI) got to number 2 in the charts and spent 12 weeks in the top 10. What makes you proud of this track and why do you think it became so popular?

Digital Farm Animals: I had the idea for ‘Don’t Play’ last year and knew immediately that with the right people it would become a hit. Both KSI and Anne-Marie absolutely smashed their verses – they’re such talented artists and we were all so happy with how it turned out. They are also really fun people to work with and we had a laugh, especially when filming the music video. I think people could see how much we loved the track which helped to make it a success – and the fact that it’s a banger also helped!

Let’s discuss your new single ‘Last Night’ – who is this song aimed at and where do you imagine your audience listening to it?

Digital Farm Animals: ‘Last Night’ is aimed at everyone who has experienced lockdown – so the whole world really! The song is here to carry us out of this period and into an amazing summer, when we can go to festivals, clubs and gigs again. I imagine my audience listening to ‘Last Night’ in the clubs – the lyrics are about making drunk decisions and mistakes that you can’t believe the morning after, and so hopefully ‘Last Night’ is the song that will be playing when these mistakes are made!

How have you found it to write music during the lockdown period?

HARLEE: At first, I found it hard to get to grips with change. Room sessions was all I’d ever known! However, I got into Zoom and was able to teach myself how to record from home! I’ve written some of my best songs in lockdown, working with the most incredible people (even though it was remotely)! I grew as a person and as an artist and it gave me time to perfect my craft and work on things I neglected. I am glad to be getting back in the room now. 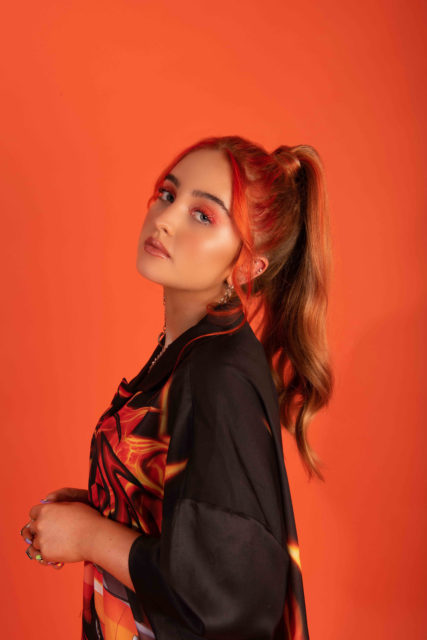 Where did the concept for your latest single ‘Last Night’ come from?

HARLEE: With lockdown in play, I reminisced good nights out and making memories with friends. Digital Farm Animals sent me the idea a few months back and I instantly fell in love. The melodies and lyrics were in my head constantly (which I thought was a sign) so we hopped on Zoom to finish writing and recording the song. Making a song like ‘Last Night’ stemmed from the hope of things going back to normal again and there being an end in sight. I wanted people to hear the song and feel like they were back in the club again dancing the night away like we’re supposed to do, turning a negative situation into a slightly positive one!

What can we expect to see from each of your music in the forthcoming months?

Digital Farm Animals: I’ve got a lot of really exciting releases lined up, some a lot sooner than you might think. Expect a lot of feel-good summer anthems and look out for tour dates on my socials – the second half of 2021 is set to be amazing!

HARLEE: I absolutely love doing collabs with the most amazing talented people and I think there will always be some of that in my career but as a solo artist I’d like to slowly transition into my own sound. I’ve created so many songs for myself that are on the more personal side. I want to show this side to the world eventually as I’m now creating my own body of work. There’s so much I want to say and do but it’s all in good timing. It’s all very exciting and I can’t wait for people to hear more!

If you want to listen to ‘Last Night’ or more of Digital Farm Animals’ music then you can here.

If you want to listen to more of HARLEE’s tunes then you can here.