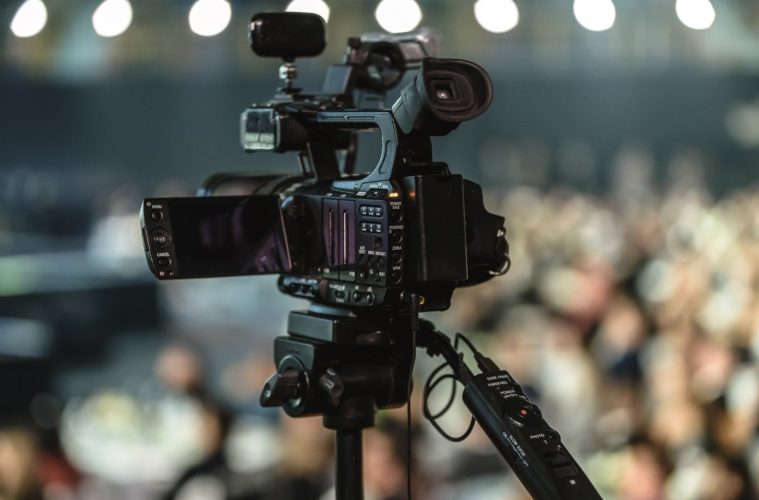 BAFTA Awards 2021: Highlights and a Full List of the Winners

This year’s BAFTA’s celebrated some poignant shows that have kept many of us sane during the lockdown period. The awards ceremony thus felt all the more significant as a product of this: the arts industry has had to adapt and survive amongst the lockdown restrictions while taking on the responsibility of uplifting our spirits at home. However, despite the pandemic, 2020’s content was still rich and provocative, and it was consistently exciting and exhilarating to watch…

BAFTA Awards 2021: Highlights and a Full List of the Winners by Jessica Doran

The awards ceremony kicked off with Years and Years star Olly Alexander performing his latest single ‘Starstruck’. Alexander also received critical acclaim this year for his role as Ritchie Tozer in the esteemed Channel 4 series It’s a Sin. Furthermore, the singer turned actor felt like a clear choice for the BAFTA’s opening act, and he also presented the award for Comedy Entertainment Programme later on in the show with It’s a Sin co-star Lydia West.

Normal People (2020) and I May Destroy You (2020) were amongst the television shows that took the nation by storm during the lockdown period. It was particularly pleasing to see Michaela Coel receive two awards for I May Destroy You (one for Miniseries and another for Leading Actress). The show was also deservingly nominated for Supporting Actress (Weruche Opia) and Leading Actor (Paapa Essiedu) – a great outcome for the thought-provoking series after it was strongly considered to be snubbed at the Golden Globes earlier this year.

Paul Mescal nervously stepped on stage to receive his BAFTA for Leading Actor in Normal People. The actor played the Irish heartthrob Connell in the BBC adaptation of the best-selling novel by Sally Rooney and seemed completely baffled by his BAFTA win. Supporting Actress winner Rakie Ayola also seemed humbled by her BAFTA win. The actress took to the stage to accept her award for her role in the series Anthony (2020), a film about a real man named Anthony Walker, who was murdered in Merseyside in 2005 after an unprovoked racial attack by two white men. The BBC film tells the fictional story of what Anthony’s life might have looked like had he not been killed.

Ayola dedicated part of her award to Anthony Walker’s mum: ‘‘thank you for having the bravery and the strength to ask Jimmy McGovern to write your son’s story, to celebrate the person that Anthony Walker should have been and never was.’’

This year, Romesh Ranganathan took home yet another BAFTA, this time for Entertainment Performance for his BBC television show Romesh Ranganathan: The Ranganation. The comedian admitted that he had filmed this series from the inside of his garage, confronting the amusing idea that: ‘‘in many ways, I feel like I’ve put in less effort and got more reward.’’

Meanwhile, BBC drama Small Axe (2020) was nominated for a whopping six awards across the board. The drama is based on the real lives of London’s West Indian community during the 1960s-1980s. Malachi Kirby, who plays Darcus Howe in the drama, received the BAFTA award for Supporting Actor and dedicated the award to his mum.

Aimee Lou Wood made a memorable presence on stage when she accepted her award for Female Performance in a Comedy Programme. In a frantic, yet authentic speech, Wood demonstrated her very much natural comedic tone while accepting the award for her role as Aimee Gibbs in Netflix’s Sex Education (2019-2020).

Poignantly, Diversity’s Ashley and Jordan Banjo accepted the award for Virgin Media’s Must-see Moment after the dance group’s Black Lives Matter tribute performance on Britian’s Got Talent (2020) was voted as the public’s favourite moment of the year. In his speech, Ashley Banjo commented on how much of a highlight this award was for the group, who had received 30,000 complaints and racially charged abuse earlier in the year for their routine which was aired on ITV.

A full list of the winners from the BAFTA awards can be found below:

Michaela Coel, I May Destroy You – BBC One

Michaela Coel, I May Destroy You – BBC One

Male Performance in a Comedy Programme:

Female Performance in a Comedy Programme:

Save Me Too – Sky Atlantic

Sitting in Limbo – BBC One

I May Destroy You – BBC One

Diversity on Britain’s Got Talent

Once Upon a Time in Iraq – BBC Two

The School That Tried to End Racism – Channel 4

BAFTA Awards 2021: Highlights and a Full List of the Winners by Jessica Doran