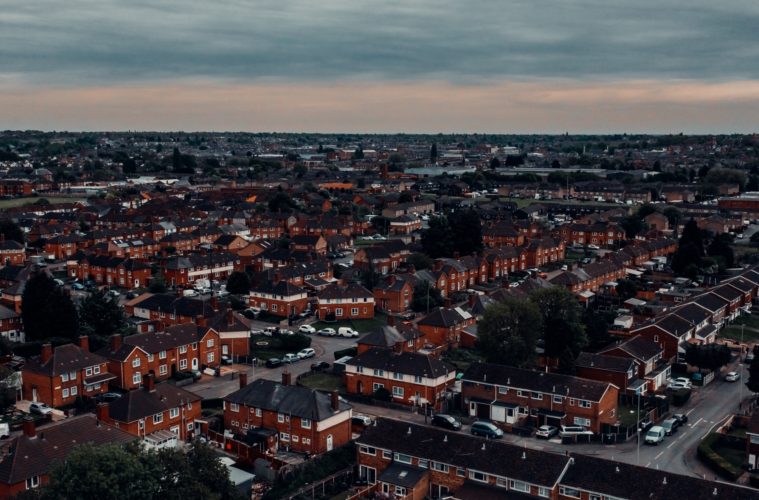 Life In Leicester For A Student

Rich with history, fascinating attractions, and diverse, multicultural heritage, Leicester is one of the best top 3 cities in the UK to have an education.

The city of Leicester has been named the third most affordable place for students, according to NatWest in 2018. Located in the East Midlands region, the city is just an hour and a half away from London by regular intercity trains that serve the city via St. Pancras. Leicester Cathedral has stood at the epicentre of the city for more than 900 years, where King Richard III was reinterred in 2015. The King Richard III visitor centre briefs the story of the king’s life and death and also displays the king’s original burial spot. Castle Gardens, located by the River Soar, lies the remains of Leicester Castle, where King Richard III spent his final days.

Approximately 66,000 of the 300,000 residents of the city are university students – giving the city a young and vibrant feel to it. It is the ultimate student-friendly city in the UK, with several dining options, an amazing array of shops, and the best bars and pubs to party the night away.

The University of Leicester

It is a leading world-class university in the UK that is famous for its invention of DNA fingerprinting, discovering the last remains of King Richard III, and providing high-quality, inspiring education. Located near Victoria Park and the vibrant shops, bars, and restaurants of Queens Road, the campus has become a hotspot for colourful and live entertainment.

Nestled among medieval buildings, including Leicester Castle and the tranquil riverside Castle Gardens, this university boasts striking views, amazing modern architecture, and a multi-million-pound sports complex. De Montfort University is an English public university established in 1992 as a degree-awarding body under the Further and Higher Education Act.

Loughborough University has consistently been ranked high in terms of the student experience for its elite sports program and high-performing engineering and technology faculties. Though it is further out in the country, it is only a 10-minute train ride away from the heart of Leicester.

Leicester is a student city as many students favour it for its multicultural aspect and high-quality education. Additionally, transport-wise, the city is well-connected to different places, and students have the advantage of using their special discounts to travel around.

There are many affordable accommodation options, close to the universities and colleges, where the rent is quite reasonable. Some of the popular locations include:

When it comes to student accommodation in Leicester, there are many options and choices, both on-campus and off-campus, to choose from. Below are two of the most prevalent options that are available to students who are looking for housing:

Most universities have their own dormitories or hostels for students to rent. These also include amenities such as WiFi, cafes, laundry, etc. However, the rate of the rent varies based on the type of residence accommodation.

This is an off-campus accommodation that is generally quite close to or nearby the university or college. The rent varies according to the type of house and location. It includes bills such as gas, electricity, and water. Students can either live alone or share it with other people, which can minimise the cost of the rent. You can get a studio apartment, en suite, or a single room according to your preference.

Cost Of Living In Leicester

The estimated rent of living in a standard area in Leicester is about £650, which is £100 less than the national average cost of rent in a city. This makes the cost of living in Leicester comparatively cheaper than in other cities. If you buy a monthly local transport pass, your travel cost would be under £60.

If you plan to eat out at a regular restaurant, it would cost £8 to £15. The maximum price for a cup of coffee is about £3. Your average monthly cost of food can be covered within £100-200.

Overall, the cost of living in Leicester can be covered under £1000/month for a student.

The city of Leicester has a thriving shopping scene, with many independent shops and boutiques nestled alongside major retail stores. Behind beautiful Victorian shopfronts, you’ll find everything from trendy clothing businesses and tattoo parlours to jewellery stores and florists. Additionally, there’s an abundance of coffee shops, cafés, fine-dining restaurants, and pubs for students to take a break.

Additionally, Leicester is famous for its Stilton and Red Leicester Cheeses, where these two have made notable contributions to the English Cuisine from Leicestershire county.

If you are looking for fruits and vegetables at an affordable rate, the Leicester Market is the perfect place. It also sells car or mobile accessories, clothes, bedding, leather goods at bargain prices.

Leicester city consists of a diverse community, so it comes as no surprise that there are plenty of festivals the city celebrates each year.

The Caribbean Carnival is celebrated each year on the first Saturday in August to commemorate the emancipation of slaves in the West Indies, which occurred on August 1, 1834.

Tens of thousands of people line up to watch the young and the old, all dressed up in colourful costumes, parading alongside floats carrying the robust sound systems playing music from the Caribbean cultures. They later join up together in Victoria Park for a Caribbean feast, where the festivities carry on well into the night.

Each year, roughly 20,000 or even more people celebrate the two Eid festivities, Eid ul Fitr, which represents the conclusion of Ramadan, then Eid ul Adha, which commemorates the finish of the Hajj journey. Funfairs, food, and charity activities are done during Eid festivals. People celebrating Eid will tell you that Eid Festivals is a feast offered freely to all communities irrespective of their age, race, religion, colour, and social background.

Diwali is also one of the biggest celebrations of the Festival of Light outside India. Students should experience the celebration of Diwali at least once during their time in the university.

The city of Leicester becomes magical and alive during Christmas time. The council workers start decorating the city from October with many lights, baubles, Christmas trees, and so on. Many come to see the lights being officially switched on at the end of November, counting down the days to Christmas.

Food festivals are an integral part of many cultural societies, so it’s inevitable that there are a number of food fests happening in the city.

Bring the paint is Leicester’s award-winning festival that happens in May each year. Artists from around the world transform Leicester City Centre with world-class mural paintings.

Leicester City also holds International Music Festivals, which brings people from all over the world to bring a little of their own music and culture into the city.

Leicester’s music scene is robust, with artists and DJs performing live and open-mic events free to the public.

There are a number of music venues you can visit to see up-and-coming bands perform at a reasonable price.

It’s a High Street venue where you can watch up-and-coming bands perform. With 150 capacity in its compact basement, this is the best place to catch new music for a reasonable fee.

Upstairs is the great gig venue, and downstairs, a cool, laid-back bar, this venue is open till 4 a.m. every day of the week. It is home to live music and comedy gigs, as well as movie nights and their famous silent disco.

Along with their huge cocktail menu and a wide choice of beers, there is an excellent garden for relaxing after a gig.

This place is popular for hardcore, emo, and punk music. It greatly supports local artists and is also a popular stop-off for touring bands.

These two venues are located a trek up the London Road, and the main arena can hold up to 1500 people. It allows local bands to support big acts.

If you like your music loud, The SoundHouse is the place to be. Down by the Cultural Quarter, you’ll often find bands playing here one week and doing a session on the BBC music channel the next.

Before moving here to Leicester, there are a couple of things you should consider.

Moving to a new place to study is exciting. You get to meet new people, study something that you love, and a new kind of experience you probably never had.

However, moving to attend university is more than about studies. You are basically being pulled into a new community where you get to learn their culture and their way of life, which is a whole other aspect of student life.

Leicester is a student-friendly city with amazing shops, restaurants, cafes, music venues, all available within close proximity, for you to enjoy every moment living there. It is a historically rich and culturally diverse city with numerous things to explore and discover. Whether you are into music, art, history, culture, or simply love partying – Leicester is your city.