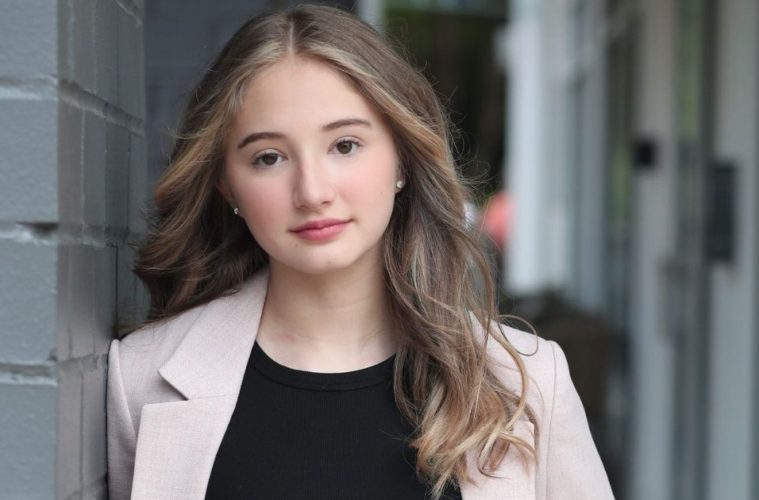 Lacey Caroline: The Child Entertainer Now Making Her Way as an Actor and TV Reporter

Having started out as a professional basketball mascot and performing at the French All Star Game in Paris (2015), Lacey Caroline has worked her way up as an entertainer. Caroline is now most known for her current role as a NASCAR Kid Reporter, as well as recently starring in the Hallmark movie A Christmas Love Story (2019). In an interview with The Student Pocket Guide, Lacey Caroline discusses her future ambitions to continue thriving as an actor, and gives her advice to young people looking to follow her steps in the arts industry…

Lacey Caroline: The Child Entertainer Now Making Her Way as an Actor and TV Reporter by Jessica Doran

Hey Lacey, it’s great to have this Q and A with you…

Why don’t we begin by you telling our readers a little bit about yourself?

Thank you so much for having me! I am a 14 year old entertainer who loves to act and sing. I have been working in entertainment since I was 8, but focusing more on acting and singing for the past 3 1/2 years. I also love reporting and hosting; I’m currently the Kid Reporter for NASCAR Kids.

How did you get into the arts?

I started dancing at the age of 3 and was in my elementary school’s production of Annie, Jr. as Molly. When I was younger, I also had several opportunities to perform as the mini versions of NFL and NBA mascots (Mini Purr for the Carolina Panthers, Lil Rufus for the Charlotte Bobcats and Mini Hugo for the Charlotte Hornets). One of the coolest things I have ever done was perform during the French All Star Game in Paris as Mini Hugo. I knew then that I was comfortable in front of tons of people and that I wanted to be an entertainer. I continued with community theatre and auditioned for Northwest School of the Arts, where I entered 6th grade and am still enrolled. I found film and TV along the way and am so thankful to have stayed busy the past few years! 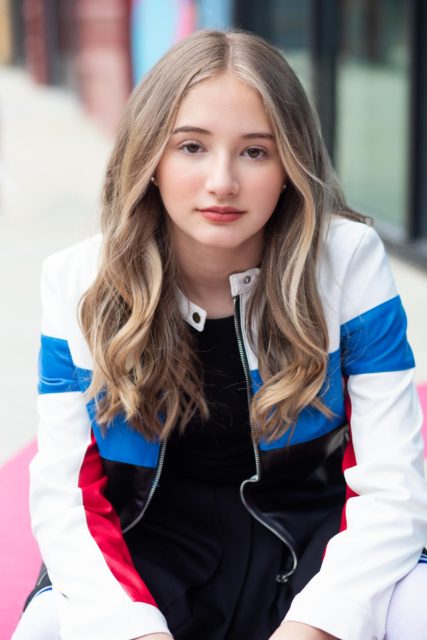 What do you enjoy most about your job?

The people I meet along the way! Actors, directors, the hair and make-up teams, the crew and crafty. Projects are not complete without every single person that is involved and I have loved meeting some amazing people, people that I love working with outside of film sets and have become a huge part of ‘Team Lacey’.

What has been the most memorable moment of your career so far?

The night I found out I was cast in A Christmas Love Story (2019), the Hallmark Hall of Fame movie with Kristin Chenoweth, Scott Wolf and Kevin Quinn. The call backs were scheduled for a Friday evening and they were cancelled, so I anxiously waited all weekend and then all day Monday. Monday evening we were fixing dinner and my Mom’s phone rang; it was my agent calling to say that I had been cast as the character Mariah. My Mom handed me the phone immediately and I don’t remember much after that. I think dinner got burned and our neighbours definitely thought something was wrong due to all of the screaming. I was so excited and I will never forget that feeling!

What advice would you give to other young people looking to get into the arts?

Get involved on so many levels, stay patient, and work hard. If I hadn’t tried community theatre, I wouldn’t have been recommended to my first agent. If I hadn’t auditioned for the Hallmark movie, I wouldn’t have gotten to work with Kristin Chenoweth. If I didn’t audition for the NASCAR on NBC Kid Reporter, I wouldn’t have become the NASCAR Kid Reporter now. You never know what will come of opportunities, or even those that might not work out. Don’t ever give up. Keep training, working towards your goals, and when you are ready – make sure to surround yourself with the absolute best team that only have your best interests in mind!

What would be your ultimate career goal?

I want to be on a 10-year long, ultra-successful sitcom like Friends (1994-2004). I love the friendships and relationships that developed during that series and cannot wait to have that opportunity!

Where do you see yourself in 10 years?

In 10 years, I hope to be starting the 10-year sitcom journey!

What projects can we expect to see from you in the near future?

In the near future, you will see some more NASCAR Kid reporter pieces. It’s an exciting NASCAR season with some amazing young drivers, like Chase Elliott and Kyle Larson doing some incredible things. I am filming several short films this summer which will be on the film festival circuit early next year and I am keeping my fingers, eyes and toes crossed that I will book one of the big auditions I have recently filmed!

If you want to find out more about Lacey Caroline and her work, then please visit her website.

Lacey Caroline: The Child Entertainer Now Making Her Way as an Actor and TV Reporter by Jessica Doran