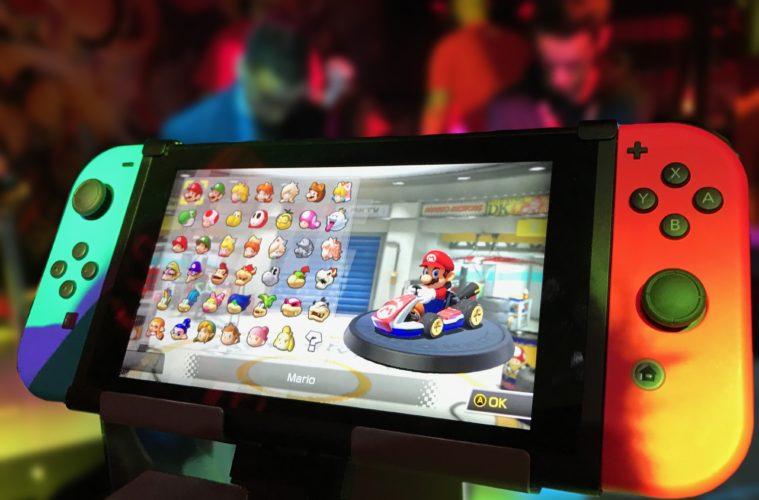 Everything You Need to Know About the Nintendo Switch OLED

Recently, Nintendo unveiled their new console: the Nintendo Switch OLED. With many specs remaining the same as its predecessor, this feels more like an upgraded Switch than a whole new console (much like the 3DS XL was to the 3DS).

The Nintendo Switch initially released back in 2017, being the first console to easily “switch” from docked mode to console mode in a split second. Rumours had been circling of a “Switch Pro” for a few months, with fans expecting to see something about it at E3 2021, but there was no news and speculation only continued… Until now.

The Nintendo Switch OLED is effectively an upgrade to the original Nintendo Switch. While much of the hardware remains the same, there are some very noticeable improvements justifying the increased price tag (£30 more than the regular version). The most obvious change is the screen. The original console contained an LCD screen, while the Switch OLED (as the name may suggest) sports an OLED screen. While the resolution has stayed the same (so no 4k sadly), the OLED screen means it will be brighter and more vibrant in comparison. This type of screen is generally more efficient in terms of power-saving, however due to the increased size the power difference will be negligible.

In addition to the screen, the speakers have also been upgraded for better audio quality. While they don’t use Dolby Atmos like many other handheld devices, they will still be improved compared to the previous console. Nintendo have also made changes to the stand, making it not only wider but also adjustable. This is a huge improvement for players who enjoy using it in “table-top mode” (essentially a cross between handheld and docked mode) since, let’s be honest, the original stand was… not great. It’s either open or shut (non-adjustable), holds the console at a strange feeling angle, and is very unstable.

Nintendo have opted to only make one major change to the dock, which is to add the option to have an internet cable directly plugged in. This is great news for players who don’t have the best Wi-Fi as there’s no longer a need to rely on a wireless connection. Asides from this, all other changes are purely cosmetic, with the dock now being rounded and available in white.

Should You Buy a Nintendo Switch OLED?

These upgrades are fantastic for first time owners, and I would say it’s absolutely worth the higher price tag to opt for the OLED rather than the regular. However, if you already own the Switch or Switch Lite, these changes certainly don’t warrant a purchase in my opinion. Yes, the screen may be improved, but with no processor or battery improvements I really don’t think it’s worth it. I hope that we will eventually see something along the lines of the previously rumoured “Switch Pro” with the ability to run games faster and better, but we’ll just have to wait and see.