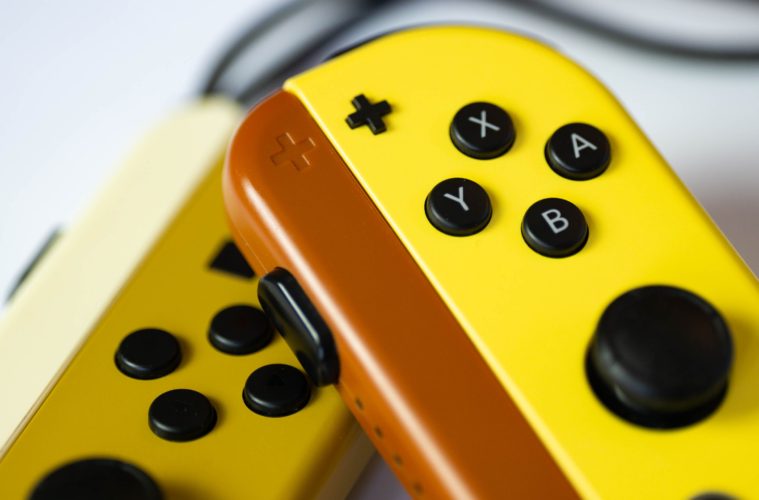 These past few days, I’ve been indulging my inner child with Pokemon Unite. A collaboration between Nintendo and Tencent Games, Pokemon Unite is the newest MOBA for the Nintendo Switch. The best part? It’s Free!

A game that sees players battling for dominance, Pokemon Unite grants victory to the team with the highest score-count. To earn points, you must first defeat wild pokemon and rival players. Successfully defeating an enemy grants players “Aoes Energy,” which can be handed in to earn points for their team. With different move-sets to play around with and powerful “Unite Moves” to take out your enemies, Pokemon Unite is a fun and interactive 5v5 multiplayer online battle arena (MOBA) for the Nintendo Switch.

Perhaps the most prominent part of the game is the arena that players battle in. The map is separated into three sections, the Top Path, Central Area, and Bottom Path. All three areas are riddled with wild Pokemon that players can defeat to earn both Aoes Energy and experience to level up. Each player gets to select a Pokemon at the start of the round, then declares which “area” of the map they want to start in. During this time, players may also equip their Pokemon with specific items that help boost their stats during the game and a usable item that benefits them in some way on use, such as a potion to restore a tiny bit of health!

Pokemon Unite has already amassed fans with its classic Pokemon charm and competitive edge. And I was pleased to see that the game retains the iconic Pokemon art style! The Pokemon games may have seen some changes over the years, but they’ve always shared the same kind of stylization. There’s no doubt that games have made leaps and bounds when it comes to graphics. The advancement of technology is primarily to thank for how our games look today. And, while there is a significant sentimentality behind the original art style for older fans, the new art direction is certainly pleasing.

There’s a lot of debate and argument online about how the games have changed, but it’s essential to remember that the target audience is children. If Pokemon wants to stay relevant, they have to change with the times to keep up with the competition. The art in the game is fantastic, easy on the eye, and colourful. Everything seems to be visually clear, and the animations are smooth and have weight behind them. The impact makes it feel like your moves are really packing a punch!

Speaking of animations, the sound design to go along with them is superb. On top of hearing the original pokemon cries (except Pikachu), there are the iconic Pokeball sound effects. As someone who has enjoyed the Pokemon games since I was about four years old, these recognisable sounds resonated with me while I was playing. Furthermore, having these persistent sounds helps to define the game as part of the franchise.

Even more important is how the sound design helps to alert players of incoming danger. From the crackling zaps of Pikachu throwing an Electro Ball to the sharp spitting accompanying Charmanders Fire Spin, the noise of each Pokemon Move allows players both to immerse themselves and avoid threats. Plus, there’s nothing better than hearing the roar of fire during your Unite Move as Charizard! The animations combined with the overall sound design help me feel powerful while taking down opponents. And the classic Pokemon-themed music and cheers from the crowd blare in the background are a bonus.

Comparing Pokemon Unite to Tencent’s other famous title, League of Legends (LoL), there are many similarities. I’m an avid fan of both games and have unfortunately pumped more hours than I’m willing to admit into LoL. It’s safe to say I’d consider myself well-experienced, having hit Diamond multiple seasons in a row. From what I can tell, the main difference is that Pokemon Unite is significantly easier to play, much more laid back, and the games don’t last nearly as long. Although this can be a negative trait, I personally enjoyed the shorter matches.

There’s nothing worse than a game dragging out, and LoL regularly sees players battling for dominance for up to and sometimes over an hour. Pokemon Unite combats this issue by instead having a set timer for players to score points; meaning games can’t drag on for longer than they should. And while getting kills and assists are undoubtedly beneficial, the game doesn’t base your performance on that alone. The most important part of the game is scoring points. This means you could have an impressive scoreline of twenty kills and ten assists, but you may have only scored fifteen points in total. Changing the focus makes games feel more casual, and I’m certainly all for this new laid-back approach to MOBAs.

There are just a few changes I’d like to see implemented into the game. Most notably is a fix for the regular frame rate (FPS) drops. In the loading screen, lobby, and often during the main menu, a persistent FPS issue causes the game to jitter and lag. At first, I worried it might have been my Nintendo Switch. But after swapping to my Switch Lite and speaking with other players, it seems to be a common issue. Of course, the game is brand new, and it may just be a case of underestimating the server sizes. However, this unreliable netcode impacts Pokemon Unite both during and outside of competitive games unfavourably. Fingers crossed there will be a resolution for this soon!

When creating a MOBA, many crucial creative decisions can make or break the game. However, I believe Nintendo has done a fantastic job at integrating the world of Pokemon into a MOBA-sized package. Although there is only a small pool of characters to choose from so far, what they’ve created will surely be a rival to many of the most popular MOBA games already. It’ll certainly be interesting to see how they develop the game from here and whether they’ll tackle the FPS issues. But one thing is for sure; Pokemon Unite is a fantastic MOBA and a welcome addition to the Nintendo Switch.