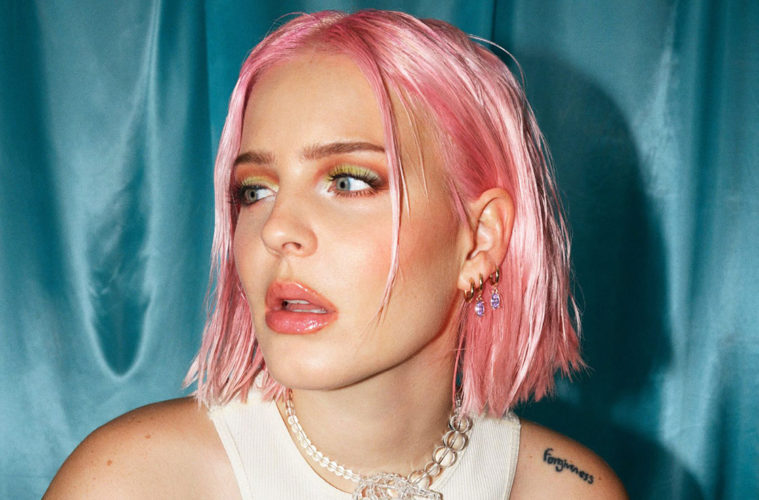 Anne-Marie, who released her highly anticipated new album Therapy, has dropped the official video for her brand new single ‘Kiss My (Uh Oh)’ with Little Mix.

Inspired by the girls’ joint love of the movie Bridesmaids, the official video for ‘Kiss My (Uh Oh)’ – directed by Hannah Lux Davis – sees Anne-Marie in character as a bride-to-be who embarks on her hen-do overseas alongside her bridesmaids that include Little Mix’s Perrie, Leigh-Anne and Jade. Brimming with laughter and chaos, the video trails the group of friends living life to the full, albeit without the pregnant Perrie and Leigh-Anne, who retire for the night before the real evening of partying begins for Anne-Marie, Jade and the rest of the crew.

A long-awaited collaboration that’s generated huge excitement amongst both Anne-Marie and Little Mix fanbases, ‘Kiss My (Uh Oh)’ has all the ingredients to become the break-up anthem of summer ’21. Sampling Lumidee’s early 00’s R&B classic ‘Never Leave You (Uh Oh)’, the slick production and all-out, empowering track documents the liberating feeling that comes with walking away from a toxic relationship – a narrative that has seen protagonist Anne-Marie earn huge success following the releases of ‘Ciao Adios’, ‘FRIENDS’ and ‘Alarm’. Anne-Marie co-wrote the track with Kamille (Little Mix, Headie One) and production comes from Lewis Thompson (David Guetta, Joel Corry) alongside Mojam (Summer Walker, Aitch).

An artist whose everywoman candour and knock-you-down vocal range has reverberated across the globe, Anne-Marie’s new album Therapy is a collection of fourteen songs that embody her characterful artistry, self-effacing attitude and beautiful honesty; attributes that have not only catapulted the Essex-born star to platinum status in the UK to the USA and everywhere in-between, but ones that have seen her reign supreme as a fearless Gen Z role model. 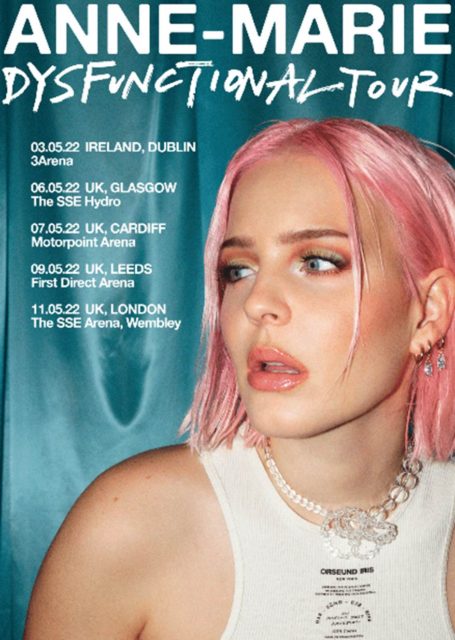 On 30 September, Anne-Marie will release her debut book, You Deserve Better. Part-memoir, part practical self-help, Anne-Marie draws on her own experiences to help readers tackle life’s challenges, embrace opportunities and celebrate their successes. Her UK & Ireland ‘Dysfunctional Tour’ will take place throughout May 2022 and will include a show at London’s SSE Wembley Arena.